I have a project on which I created a git repository:

I the wanted to create a bare clone on another machine:

I executed the clone but did not print any answer. I logged on to the server machine and tried to see how the files are stored. The path /GitRepos was empty, so I decided to do the clone again:

This time the answer was :

fatal: destination path 'ssh://user@server:/GitRepos/myproject.git' already exists and is not an empty directory.

But I saw that the path was empty.
What's going on here ?

This is possibly unrelated directly to the question; but one mistake I just made myself, and I see in the OP, is the URL specification ssh://user@server:/GitRepos/myproject.git - namely, you have both a colon :, and a forward slash / after it signifying an absolute path.

I then found Git clone, ssh: Could not resolve hostname – git , development – Nicolas Kuttler (as that was the error I was getting, on git version 1.7.9.5), noting:

The problem with the command I used initially was that I tried to use an scp-like syntax.

... which was also my problem! So basically in git with ssh, you either use

For repositories on GitHub, try:

For setting up git to clone via ssh see:

You need to run the clone command on what you are calling the server. But I bet you are not running an ssh server on your local client so that won't work anyway. Suggest you follow this approach (check the manual 'cause I'm doing this from memory)

Disclaimer: This is just a copy of a comment by bobbaluba made more visible for future visitors. It helped me more than any other answer.

You have to drop the ssh:// prefix when using git clone as an example

Easy way to do this issue
try this. 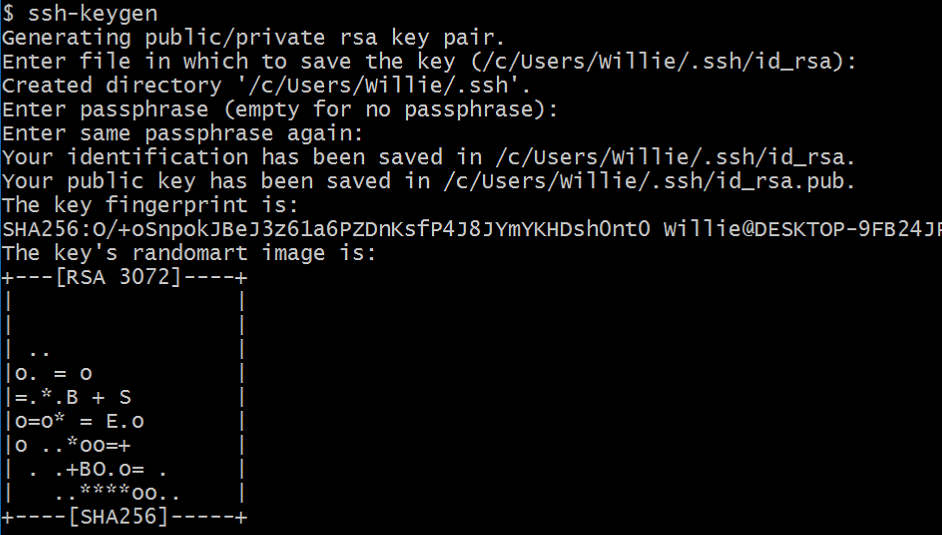 Step 5:
When you finished Step 4
1.the test2.git file will be download done
2.you will get the new file(known_hosts) in the ~/.ssh 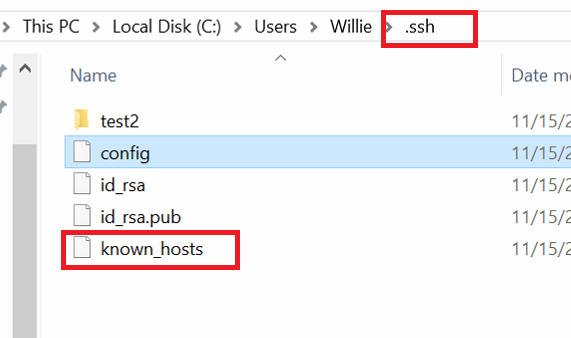 PS: I create the id_rsa and id_rsa.ub by meself and I deliver it to the Gitlab server. using both keys to any client-sides(windows and Linux).

git is a decentralized version control system. You do not necessary need a server to get up and running with git. Still you might want to do that as it looks cool, right? (It's also useful if you want to work on a single project from multiple computers.)

So to get a "server" running you need to run git init --bare <your_project>.git as this will create an empty repository, which you can then import on your machines without having to muck around in config files in your .git dir.

After this you could clone the repo on your clients as it is supposed to work, but I found that some clients (namely git-gui) will fail to clone a repo that is completely empty. To work around this you need to run cd <your_project>.git && touch <some_random_file> && git add <some_random_file> && git commit && git push origin master. (Note that you might need to configure your username and email for that machine's git if you hadn't done so in the past. The actual commands to run will be in the error message you get so I'll just omit them.)

So at this point you can clone the repository to any machine simply by running git clone <user>@<server>:<relative_path><your_project>.git. (As others have pointed out you might need to prefix it with ssh:// if you use the absolute path.) This assumes that you can already log in from your client to the server. (You'll also get bonus points for setting up a config file and keys for ssh, if you intend to push a lot of stuff to the remote server.)

Some relevant links:
This pretty much tells you what you need to know.
And this is for those who know the basic workings of git but sometimes forget the exact syntax.

I want to attempt an answer that includes git-flow, and three 'points' or use-cases, the git central repository, the local development and the production machine. This is not well tested.

I am giving incredibly specific commands. Instead of saying <your folder>, I will say /root/git. The only place where I am changing the original command is replacing my specific server name with example.com. I will explain the folders purpose is so you can adjust it accordingly. Please let me know of any confusion and I will update the answer.

The central repository and the production machine are on the same machine.

the central repository, which svn users can related to as 'server' is configured as follows. I have a folder /root/git where I keep all my git repositories. I want to create a git repository for a project I call 'flowers'.

Nothing to worry about.

On the development machine is configured as follows. I have a folder /home/kinjal/Sites where I put all my projects. I now want to get the central git repository.

This gets me to a point where I can start adding stuff to it. I first set up git flow

By default this is on branch develop. I add my code here, now. Then I need to commit to the central git repository.

At this point it pushed to the develop branch. I want to also add this to the master branch.

If the production machine would also be on a different machine, the git clone command would look like the one used on the development machine.

Upfront, I am a bit lacking in my GIT skills.

That is going to clone a bare repository on your machine, which only contains the folders within .git which is a hidden directory. execute ls -al and you should see .git or cd .git inside your repository.

The system created a directory ssh://luc@EERSTENASDS119J/volume1/RepoA in my current path.

So git clone did not interpret the URL specification. Used the workaround of Alec.

3
share git repo between two computers locally
2
How to clone private group's GitLab repository without typing password?
0
How to use the GitBash to clone data with ssh (windows 10 environment)
0
Git - get repo clone address
0
Update SSH key/RSA fingerprint for GitHub (Ubuntu-20.04) not working