How to use single quotes in Python keywords/variable name?

First of all is it possible in Python? I couldn't find a post related to this.

While I wouldn't recommend it at all, it is possible to use all kinds of characters for attributes of classes using setattr(), like so:

But I really wouldn't recommend it. The intestesting thing about this is, that setting an attribute this way makes it kind of hidden, because you can only access it using getattr().

If you use globals() or locals() you can also set variables this way:

That makes it really cumbersome to access the variable though, and again, I really wouldn't recommend it. It's a neat trick (debateable I guess) if you really want to hide something though.

Here are the available characters for Python identifiers. You might find something which is close to an apostrophe but not the common one.

Btw. I'd not suggest to deviate from the ASCII table. If the language naturally support it and the editors offer helpers to write those, it's fine (like Julia) but for Python it can be quite confusing for others.

Here is an example of a valid Python code using some kind of a quote in the function name (copy-paste it, but the single quote is for example not displayed in Safari on macOS, however it's there as you can see in the screenshot of my terminal): 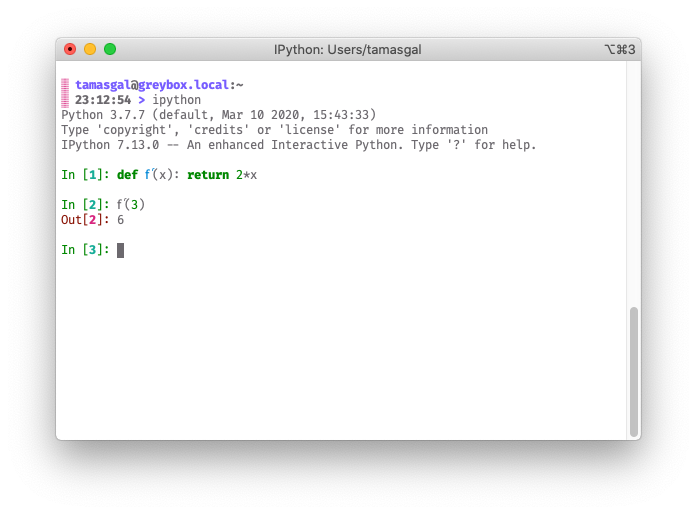 Not the answer you're looking for? Browse other questions tagged python python-3.x pandas or ask your own question.