Is there a way to incorporate the extra artist generated by axes.ticklabel_format() into the axis label instead? 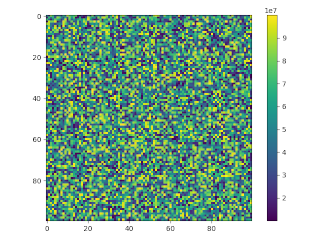 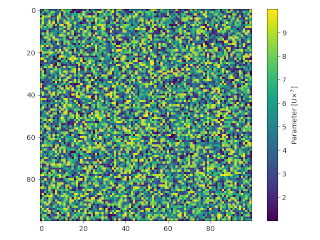 You cannot get any of the tick values until you trigger a draw, because ticks are evaluated lazily. So if you need information from the locators and formatters, you must call fig.canvas.draw(). Everything above about tight_layout is a red herring because it all calls fig.canvas.draw().

As for your actual request, this still calls fig.canvas.draw but that's just for the convenience of getting the exponent the formatter uses. You could easily get that yourself from the vlim values. Otherwise, this just sets the offset text to be blank rather than making a scientific notation label.

Ok, so I followed the clue pointed out by @JohanC in the comments that you could use fig.tight_layout() in order to 'trick' the figure into setting the text of the offset_text artist without having to draw the figure. The offset_text artist is being used by the ax.ticklabel_format() method to display the order of magnitude (again, as pointed out by @JohanC in the comments). This trick is explained in this post which is similar to mine, and seems to be a fair enough solution for most cases. However what if you don't want to use tight_layout, or even worse, you are using the incompatible constrained_layout instead (such as myself)?

So I did a lot of digging through the matplotlib source code following the trace of tight_layout, and fortunately, I was successful. In short, a universal solution to this problem is to call ax.get_tightbbox(renderer), where renderer is the renderer of the figure. It should also be less expensive. The following MWE shows that this works even when using constrained_layout:

Here is what I did: