PostgreSQL doesn't respond when I input stranger character on CMD

Note: On the image the values which consist stranger characters entered with pgAdmin not CMD. 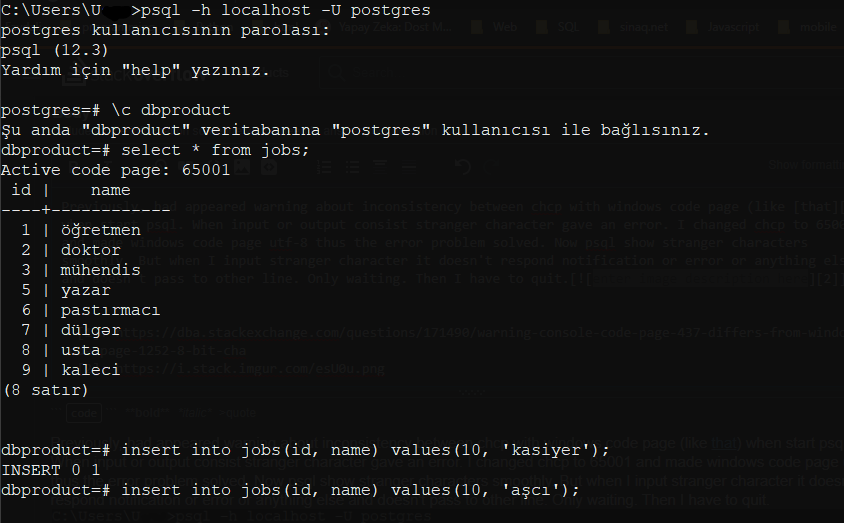 Browse other questions tagged postgresql cmd or ask your own question.