Having a problem with installing the Azure IoT SDK for C

When I get to installing the SDK with vcpkg (step 2 in preparing the dev environment section) running this command gives me an error:

It doesn't seem to take the use_prov_client flag. If I remove that flag the SDK installs correctly but then the rest of the quickstart doesn't compile as it apparently needs the client portions of the SDK installed.

Can anyone help with this? I'm not sure why it won't take that flag.

So here is the workaround...

Go to the Folder : C:\Users\satish\vcpkg\ports\azure-iot-sdk-c 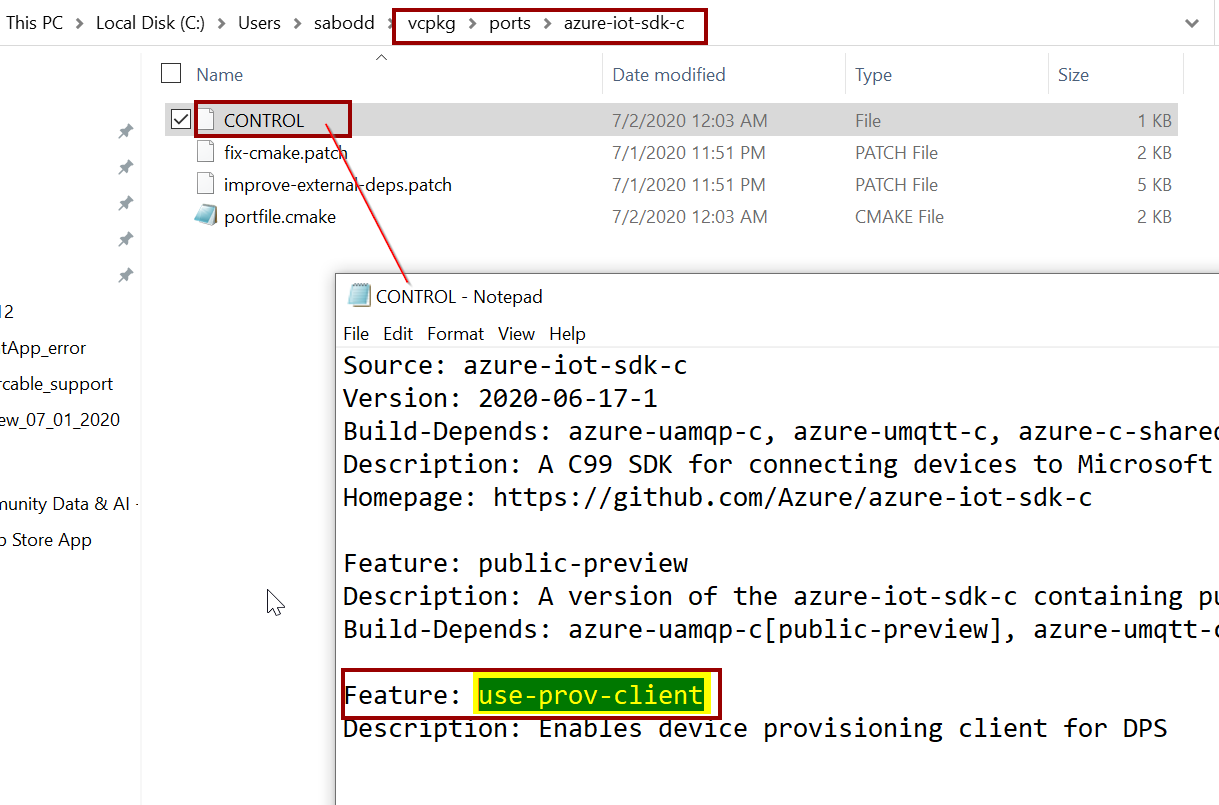 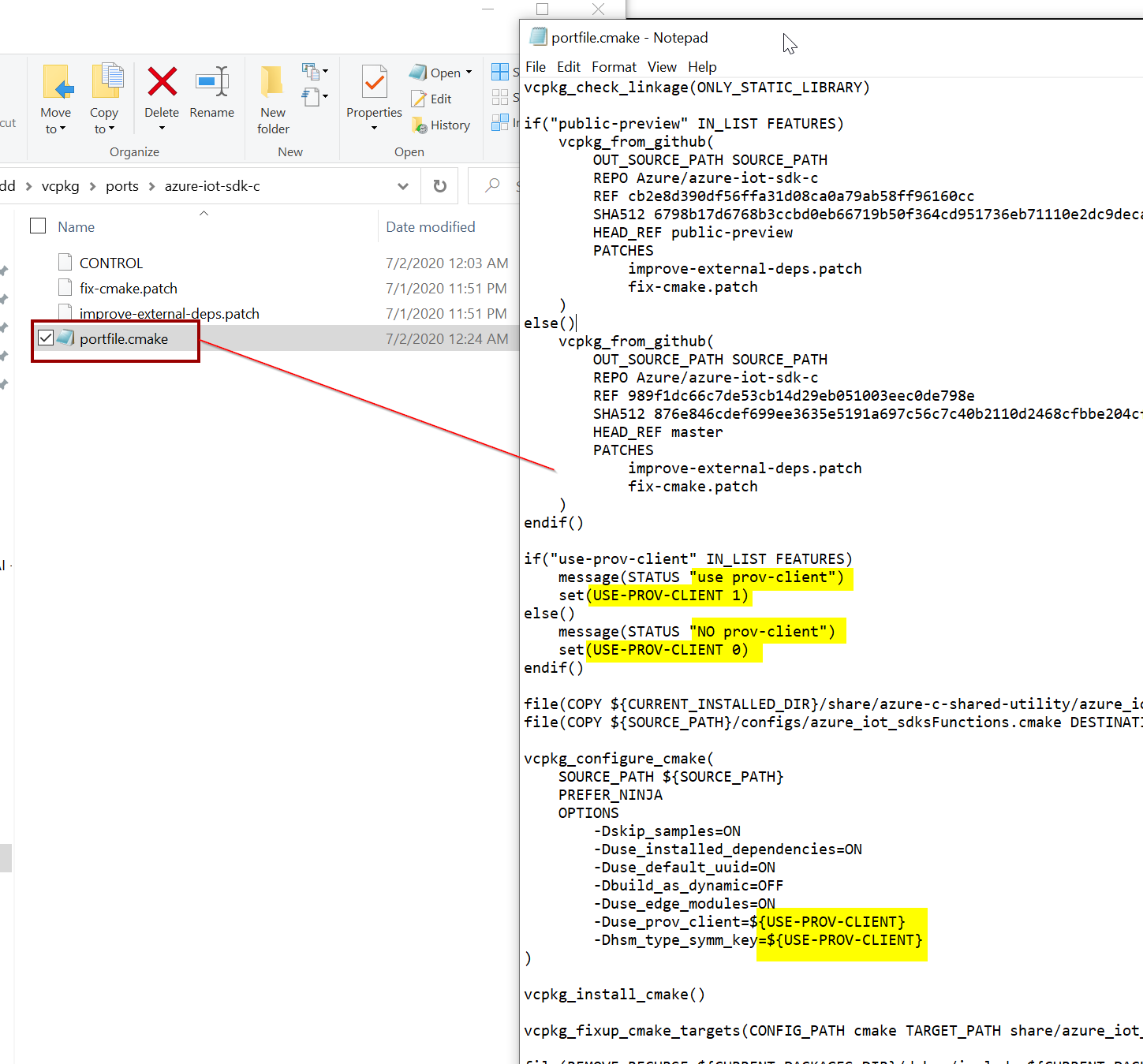 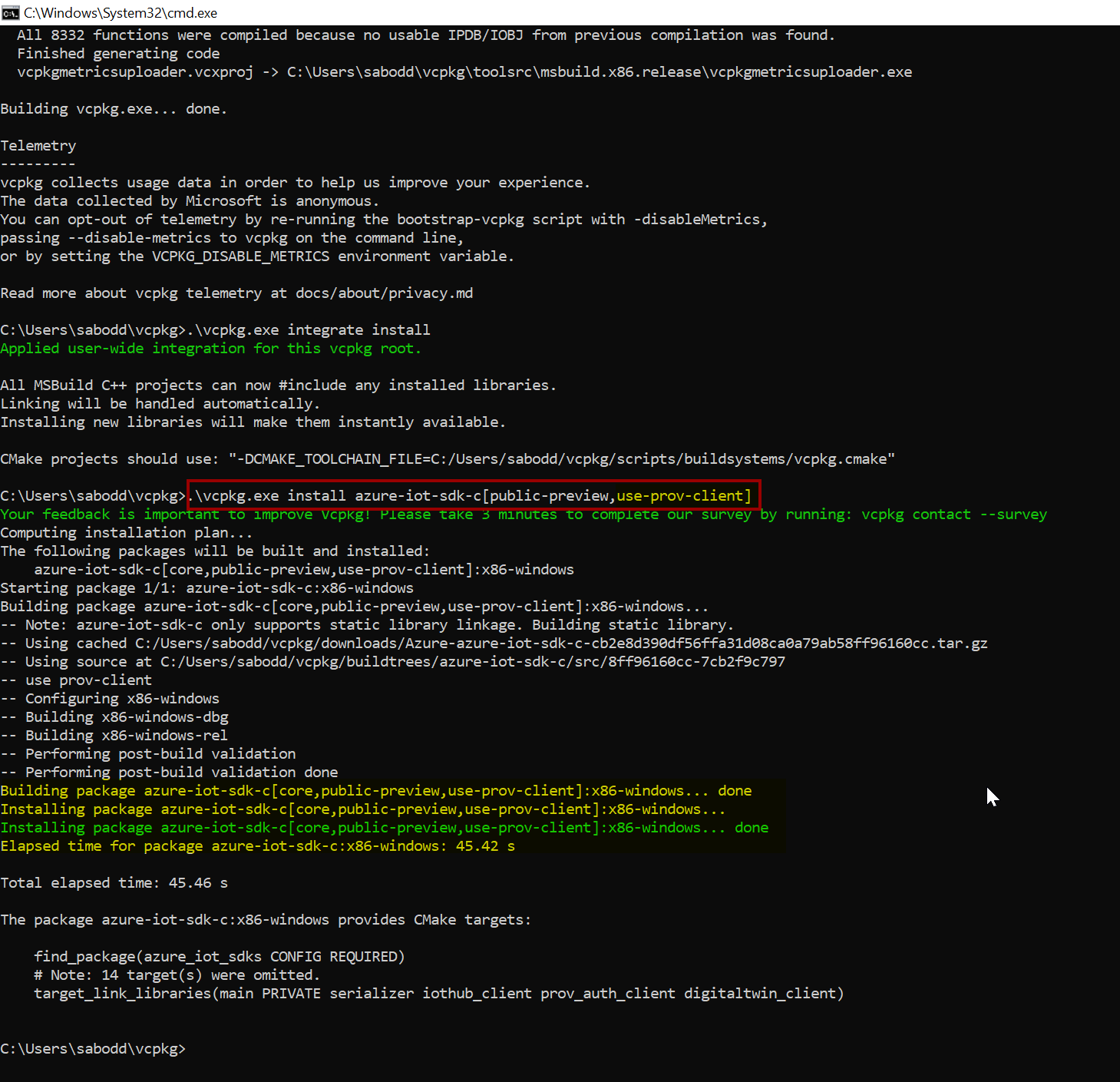 Please let us know if you need further help.

Not the answer you're looking for? Browse other questions tagged azure azure-iot-hub azure-iot-sdk or ask your own question.