How to deploy shiny app to shinyapps.io from drake plan

This is a follow-on question from closing the loop on passing the app and data to a Shiny deployment function:

How to use shiny app as a target in drake

I would like to deploy a Shiny app directly from a drake plan as below.

Logs from shinyapps.io shows "cars_data" from drake is not being passed to the Shiny server "data_input" in the custom_deployment_function environment:

Apologies if this is trivial, but between drake and shiny, it is escaping me.

Now that I see how you are deploying the app, I can say that this is expected behavior. Yes, your custom_shiny_deployment() has access to the data, but the deployed app does not because rsconnect::deployApp() does not ship objects from the calling environment. If you want the data to be available to the app, I recommend saving it (and tracking it with file_in() and file_out()) then passing it to the appFiles argument of deployApp() via custom_shiny_deployment().

app.R is the same as what you wrote.

But from drake's side, you need something like file_in() and file_out() to ensure the correct targets run in the correct order and in response to changes to cars_data.RDS and app.R.

If you really want appFiles to be NULL, drake still needs file_in() so it knows to depend on physical files.

Either way, I recommend checking the plan with plot() or vis_drake_graph() before you run it with make(). Both plans above show deployment downstream of the data file (with incoming arrows) which is exactly what we want. 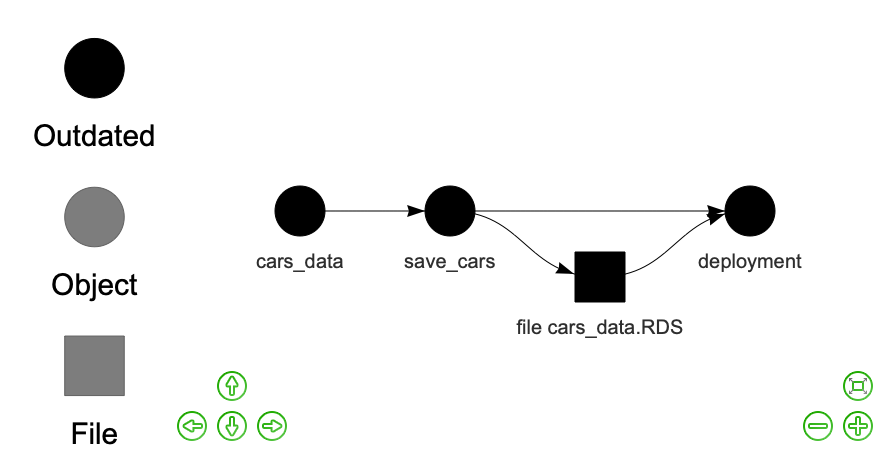 Without these file markers, there is a chance that drake will deploy the app before the data is ready to go. 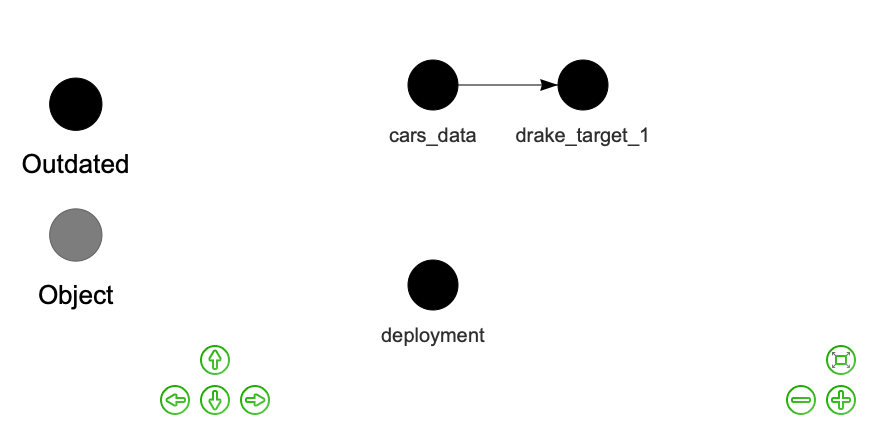 Not the answer you're looking for? Browse other questions tagged r shiny drake-r-package rsconnect or ask your own question.

0
How to use shiny app as a target in drake