This is a pain as joins need the additional COLLATE statement to work.

I'd like to bring everything up to "Latin1_General_CI_AS". From what I can gather they are more or less identical collations and I won't lose data during this process...

Does anyone know if this is the case?

There is more info on this MSDN forum:

You should see little difference if the collation is SQL_Latin1_General_CP1_CI_AS or Latin1_General_CI_AS, but both have instances where they are faster or slower than the other.

Therefore in my opinion you shouldn't see a difference, especially if your data is only a-z0-9

Here is a more complete answer:

Under Latin1_General_CI_AS these two statements return the same set of records, as ß is expanded to ss.

When using SQL_Latin1_General_CP1_CI_AS the above statements return different records, since the ß is treated as a different character than ss.

If you are going to change the Collation of a Database, then there is definitely stuff you should know about so that you can plan accordingly:

For more info on working with strings and collations, please visit: Collations Info

So from this, I would infer that the code page used is the same (Latin1-General => 1252), so you should encounter no loss of data - if anything were to change post-conversion it might be the sort order - which is probably immaterial.

To do that go to properties of your data base and select options.

Then change the collection type to SQL_Latin1_General_CP1_CS_AS. 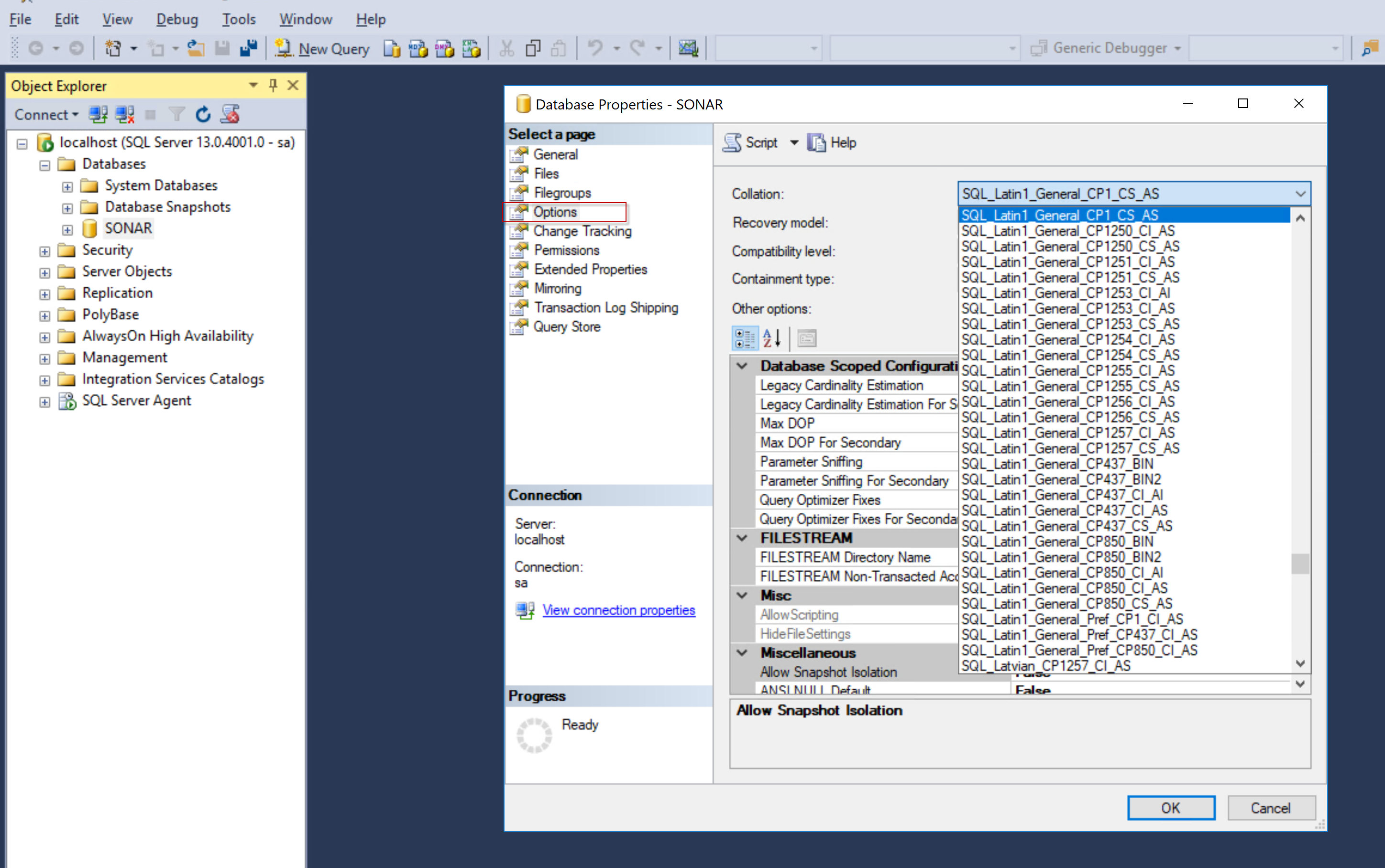 Not the answer you're looking for? Browse other questions tagged sql

sql-server collation or ask your own question.

14
Choosing a binary collation that can differentiate between 'ss' and 'ß' for nvarchar column in Sql Server
13
SQL_Latin1_General_CP1_CS_AS vs Latin1_General_CS_AS
4
Case-insensitive primary key of type nvarchar where ß != ss
1
Where to trim/encode/fix characters from end to end ASP to SQL?
0
Maintaining Latin characters in SQL BULK INSERT with Format File (IMDb data)