(I believe these steps are for people working with Intellij IDE. The install:install is available in the Maven panel on the right by default. The below steps are alternative to it.) 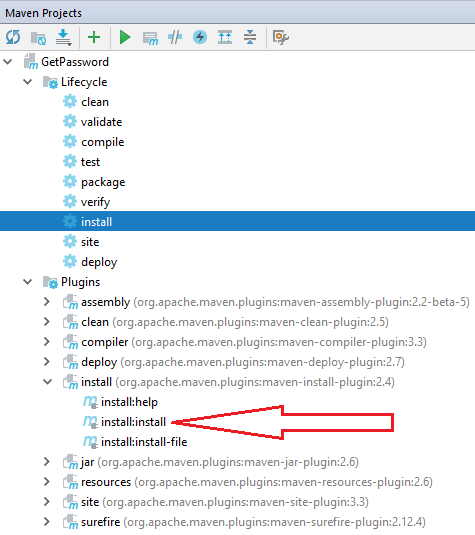 This worked for me when I got the same error message...

I have seen this error occur when the plugins that are needed are not specifically mentioned in the pom. So

will give the exception if this is not added:

will fail on the same exception if something like this is not added:

It makes sense, but a clearer error message would be welcome

You are missing properties tag:

so I just changed it back to

and it worked to create the jar again

5
Unable to create successfully a project using GWT-maven-plugin with gwt 2.2
984
How to solve "Plugin execution not covered by lifecycle configuration" for Spring Data Maven Builds
2
Maven Invalid content was found starting with element 'packaging'
68
Build order of Maven multimodule project?
6
Maven 3 - Distribute custom plugin in a .jar?
9
Check for life-cycle/phase and file existence in Maven and report error
4
How to suppress Mavens INFO spam without suppressing normal output?
1
maven-jar-plugin: How to create a different artifact name for tests?