Why tests failing headlessly but not when browser is opened?

I've got failing tests that are failing only when running headlessly: 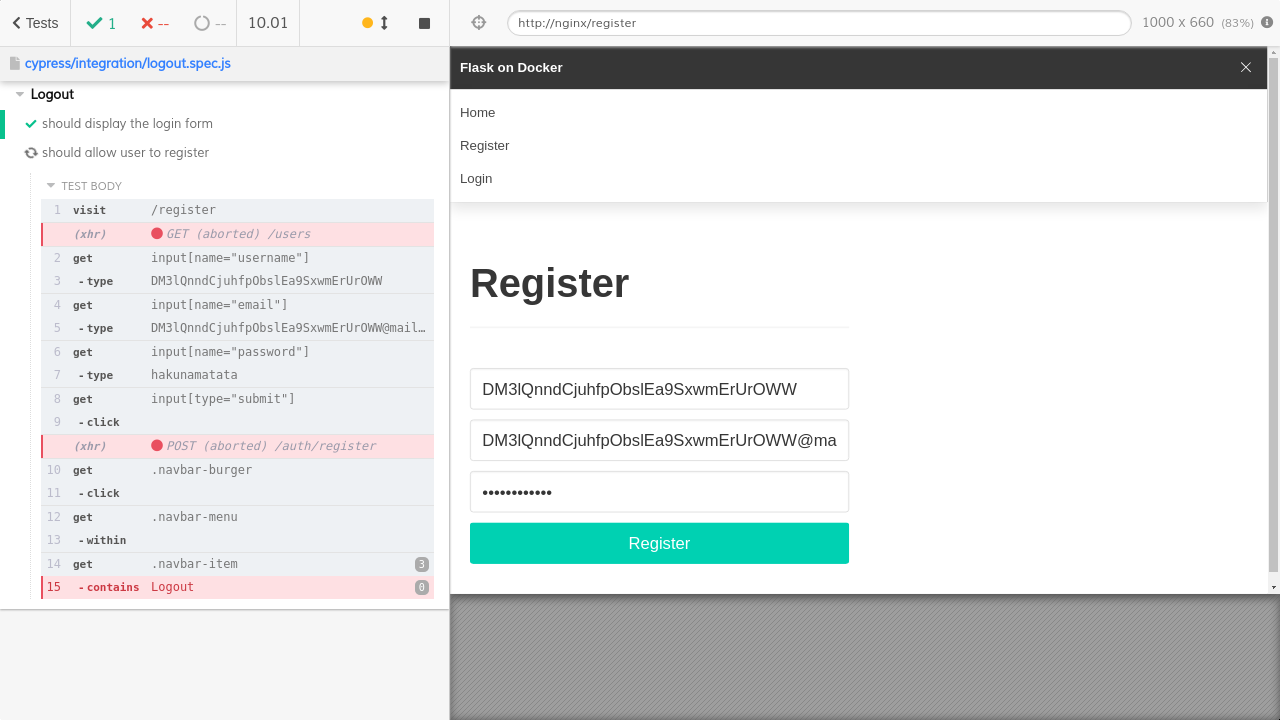 And I've got few more like this one. One thing in common is that xhr line which is the line where the form sends details to the backend. It fails.

The screenshot indicates that it is a networking issue but I use the same docker network in both scenerios.

How can I troubleshoot this ? 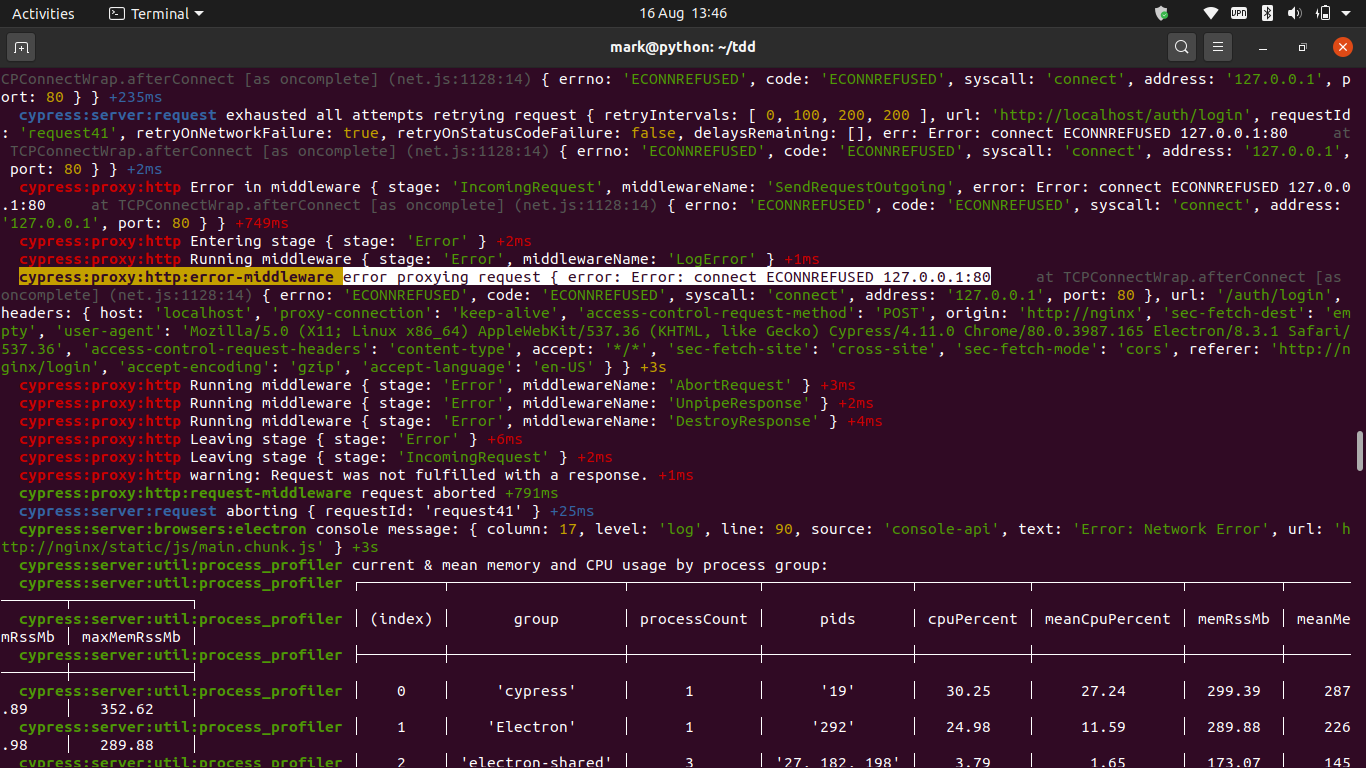 It's very likely a routing issue with Nginx.

Browse other questions tagged docker cypress or ask your own question.

4
docker-compose can't connect to adjacent service via service name
1
CircleCI error your tests likely make requests to this 'baseUrl' and these tests will fail if you don't boot your server
1
Can't reach containerized service behind nginx container
7
How can I tell Cypress to hide Chrome when running from the command line?
0
Cypress Error: Failed to parse or set cookie named
4
Cypress could not verify that this server is running when using Docker and Docker Compose
1
Why Cypress is unable to determine if server is running?
1
Network requests are not always happening after click() command in cypress