How to add a label to each stratum to display additional information in a rank-change chart using alluvial in R?

I am relatively new to graphing with ggplot2, I am currently working on data visualization, specifically I am developing alluvial graph that aims to support decision making. I have been working for days and I have two problems that I have not been able to solve

I am graphing from an Excel file that contains the following:

Based on other questions asked in this community and some documentation, I have obtained the following flood graph where the left and right areas indicate the 10 alarms that were most activated (denoted by 10 colored blocks). 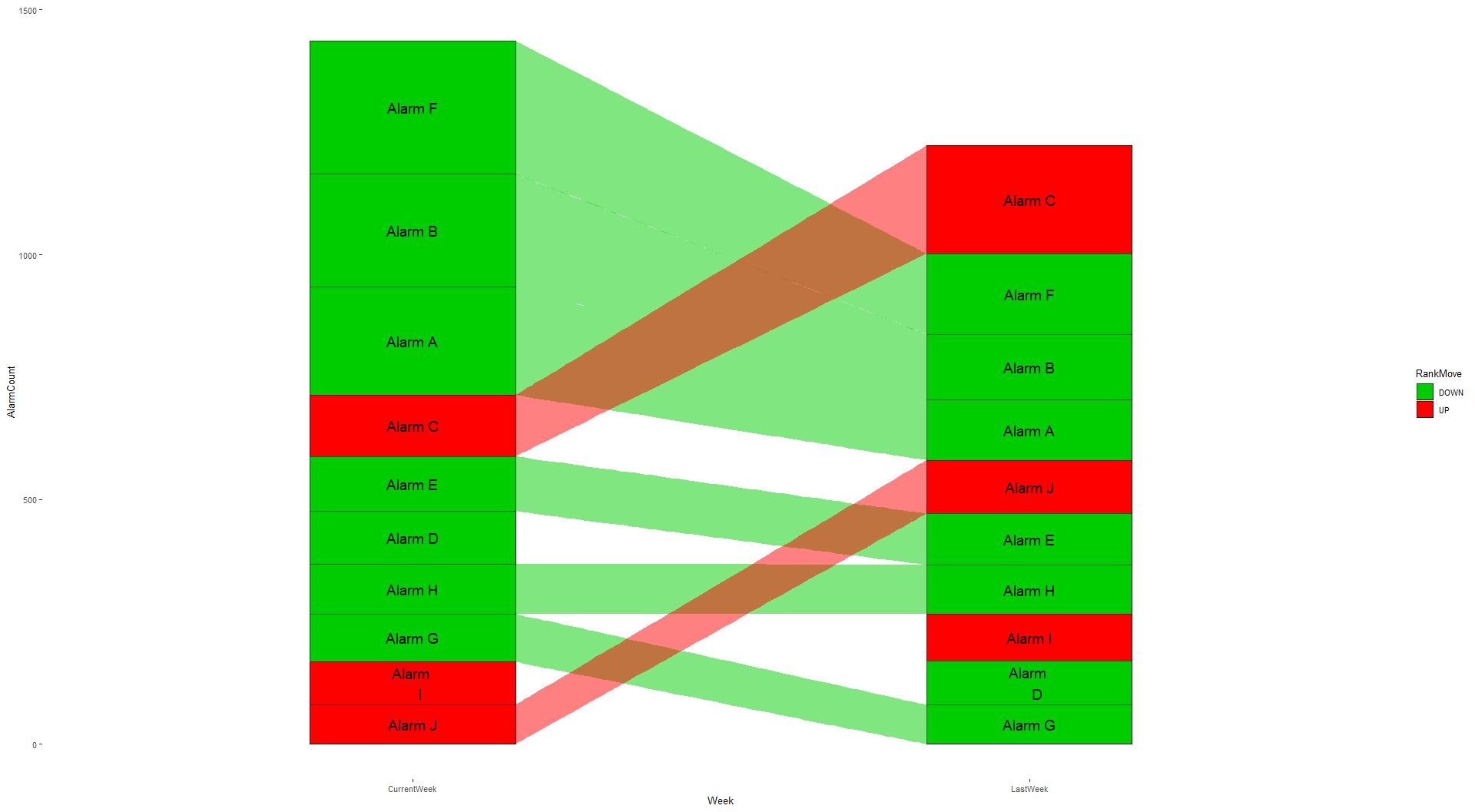 My idea is to get a graph similar to this: 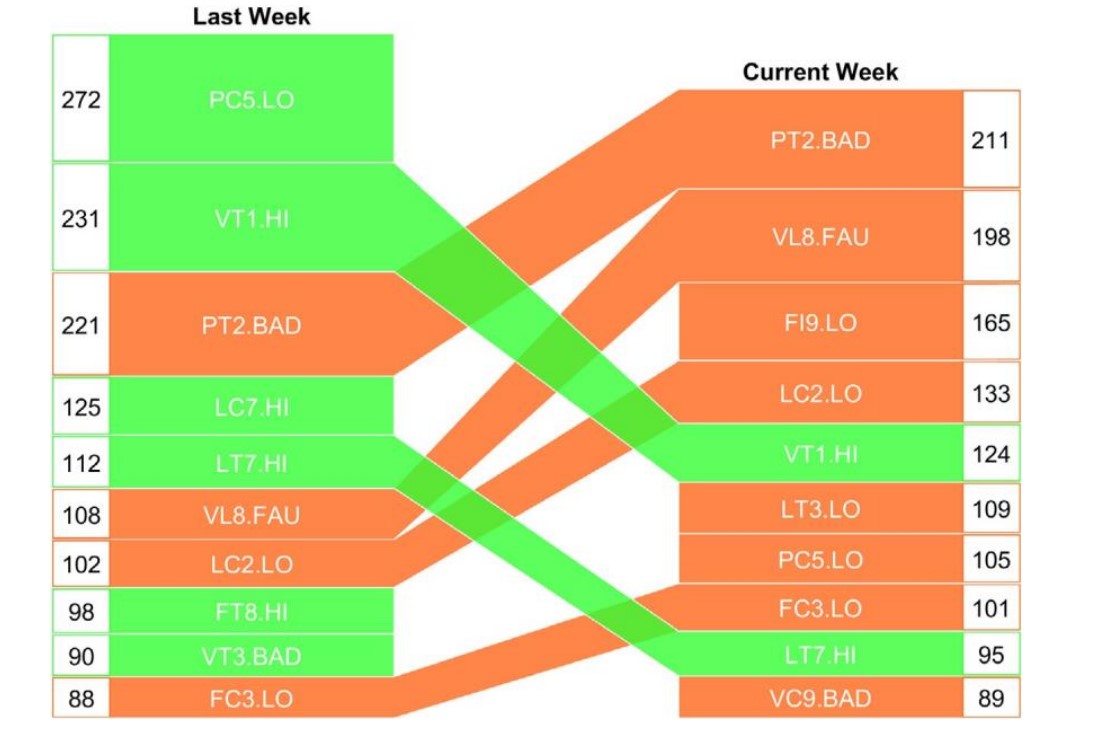 This is the code I have been using and the excel file.

I also leave the excel if necessary, which is exactly the same as the dataframe created in the code.

Thank you very much in advance and good morning.

Using the code below, you can get this graph. I don't know if it is exactly what you are looking for. I am not sure how to draw the boxes for the labels so that they are the same height as the segment. 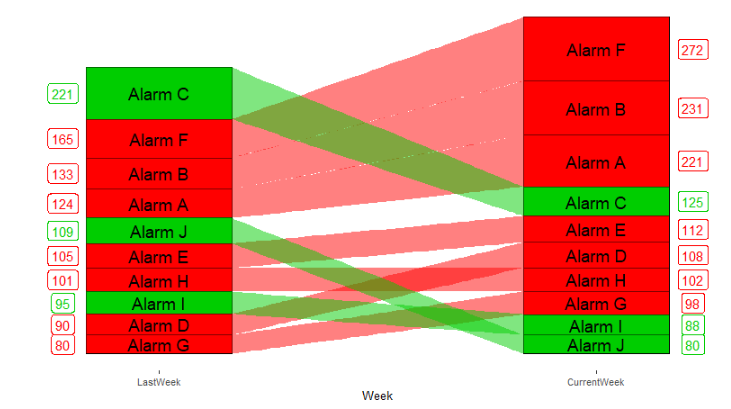 After creating the data frame, I am factoring the Week variable so that it appears in the order you want. Then I am adding two variables for the labels in the graph. The running totals allow me to put the values where they need to be in the graph.

In the plot, I am using the running totals to create the labels with geom_label. You may need to play around with the nudge_x arguments to get it to look right for the dimensions you are using to visualize the graph.

7
Ordering bar plots with ggplot2 according to their size, i.e. numerical value
2
Seurat, interfering with ggplot2/plotly output
0
Column chart in ggplot2 using a categorical variable as fill
0
How to plot grouped bars not starting from zero?
1
Visualize rank-change using alluvial in R ggalluvial
0
How to plot panel data in R?
0
Secondary x-axis labels for sample size with ggplot2 on R
0
Align Text to geom_vline with varying location