Build cpp code to run FFMPEG command in Anroid after generating .so file

I built FFMPEG so files(libavcode.so, libavfilter.so, libavformat.so,libavutil.so, libswscale.so) by following this tutorial. This tutorial is nice is helpful to build your own .so files as per your library requirement.

Why I am building own one? I know that there is some already available libraries in github like bravobit's, tanersener's and also microshow's. These all have certain limitations like some of this will not work for target SDK 29 & 30 and tanersener's lib is good but there is problems with -filter_complex command's output and micrshow's lib is crashing in android 10 and 11 beta! So, all have specific problems. So, I am considering to create own one.

What I have and already done After following tutorial(mention in above) I successfully generated .so files and put it into my App.

Here is the screenshot of which I already done .so files: 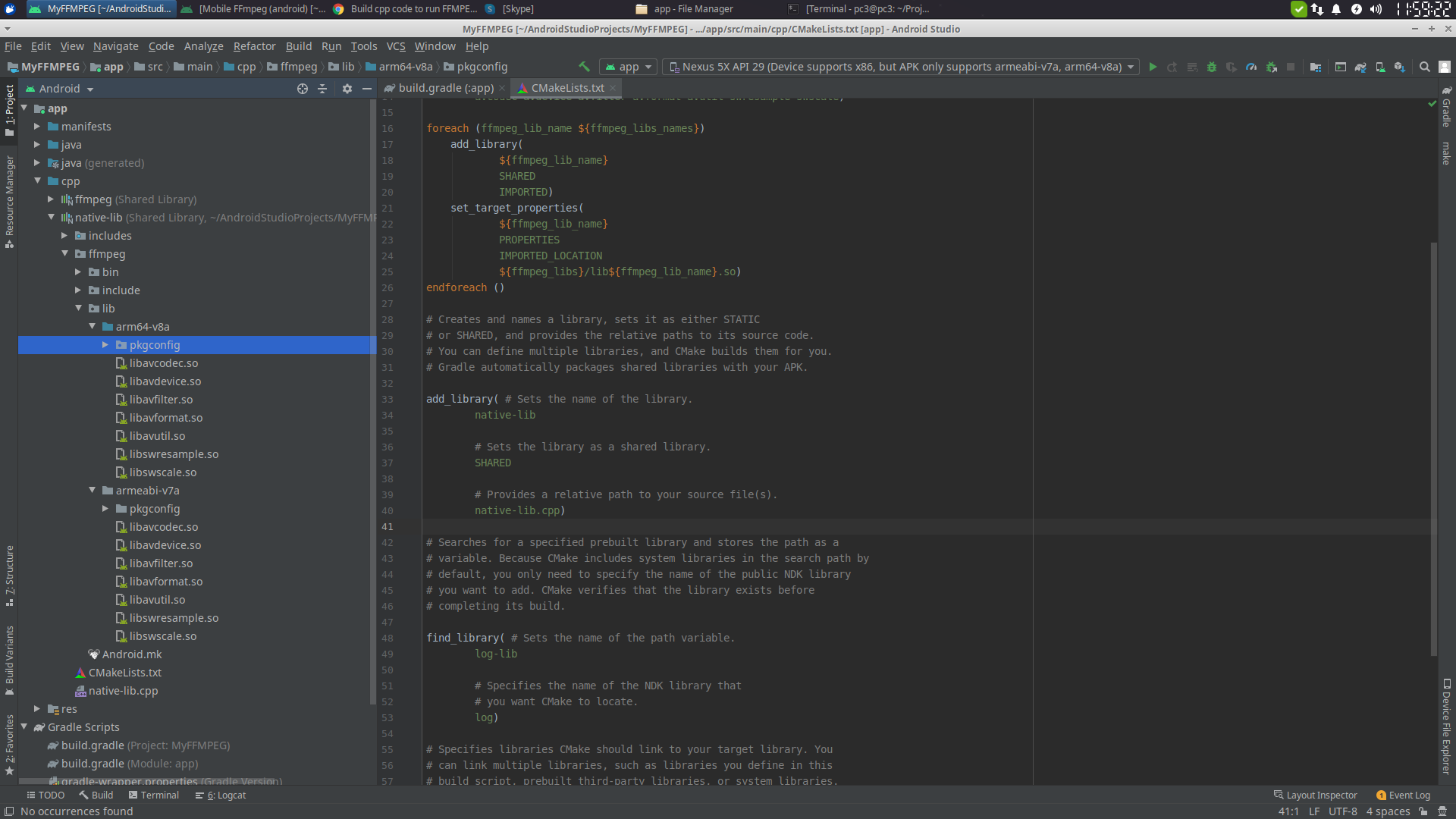 So, you can see that I put all files into cpp folder. As per version I only need ARMV7 and AMR64.

Problem is that I have no idea how to create .cpp file to execute command and what is it actually and how to use it? I also tried some other libraries .c code but it didn't work for me. So, what is the code of cpp which can execute command? Is there any other way of this?

Note of this requirement We can't run any executable file directly from directory in Android because its restricted in target Android 10 and 11. So, we compulsory need to build native code and call class or it's function.

Browse other questions tagged android ffmpeg android-ndk android-ffmpeg or ask your own question.