Geometrical Modeling of a Rope

Assume a Rope of a given length and a given stiffness (that means a minimum bending radius). Both ends are fixed at a given point in a given direction (angle) on a plane e.g. with some clamps. The rope is loose and lays in one ore more loops. It has to lay flat on the plane. No three-dimensional loops are allowed. It can lay in many different configurations depending on how loose the rope is, see image (sorry for my poor drawing). 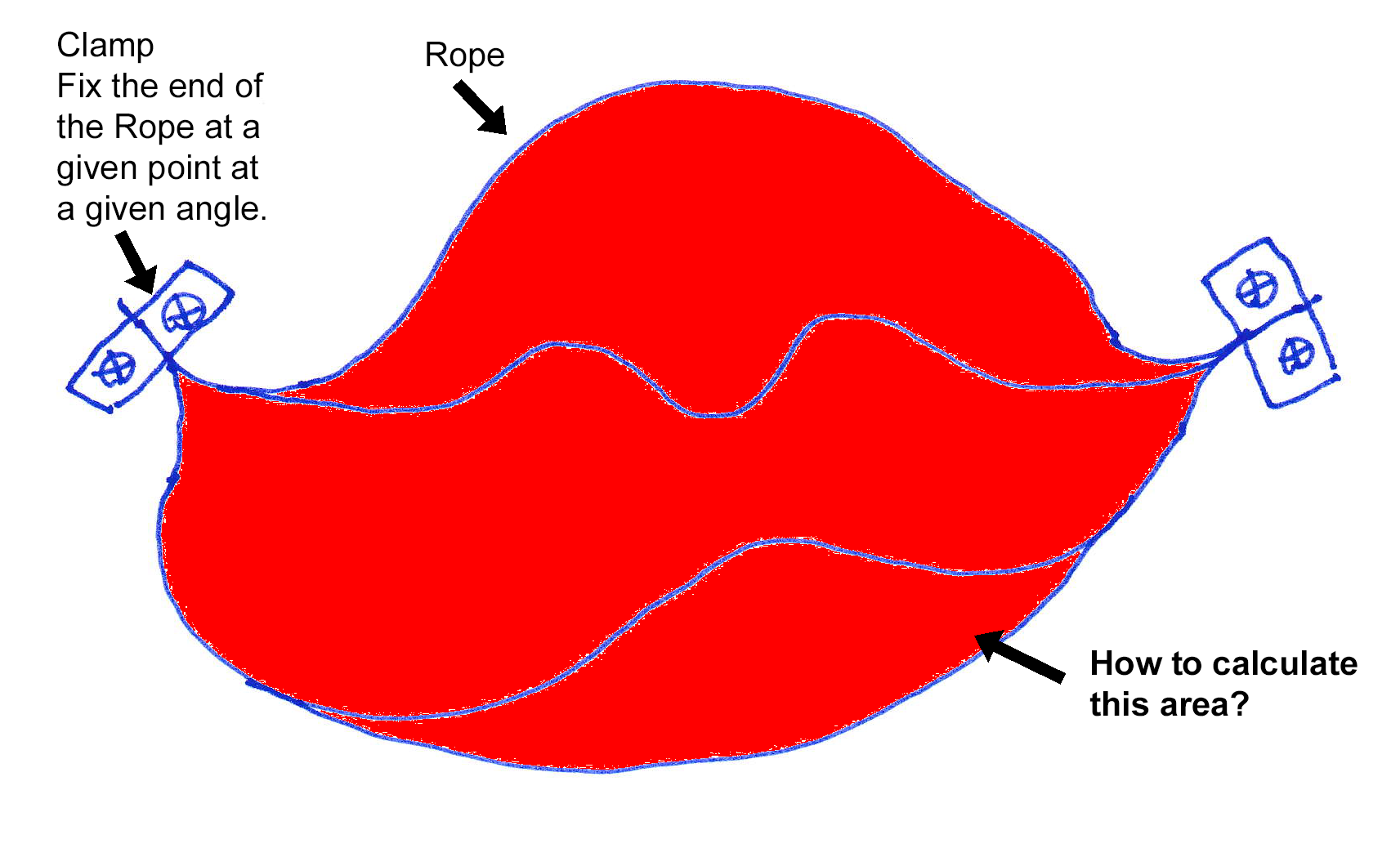 I'm interested in the area of the plane that can be occupied by the rope (red on the image). How can I model that in order to calculate that area? The constraints are:

My intuition tells me that the two extreme configurations will be such that the minimum curvature will be achieved at both endpoints on a certain length, and in between a circular arc of a higher radius, i.e. three arcs, with G1 continuity (a G1 discontinuity would be like a null radius).

You can construct them by drawing two circles of the minimum radius, tangent to the directions at the endpoints. Then the third circle will be tangent to these, but with a radius such that the sum of the arcs equals the rope length. The contact points will be symmetrical with respect to the mediatrix of the two endpoints, so that you can compute the unknown radius as a function of a single angle, and solve for the known total length. 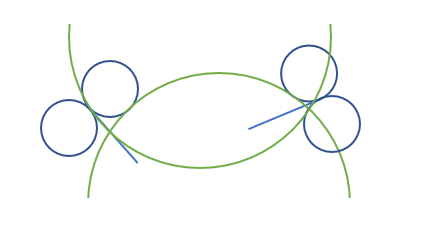 Not the answer you're looking for? Browse other questions tagged geometry computational-geometry path-finding geometry-surface or ask your own question.

8
Smooth a convex polygonal shape so that it becomes as large as possible while retaining diameter
9
How to calculate (x,y) for a fixed arc length away from a point on a circumference
1
Create dataset of XYZ positions on a given plane
2
Calculating the Area of a Closed Polygon on a Plane
0
Drawing Geometrical and Mathematical Algorithm
3
How to find the points along two vectors where the distance is equal to X
1
Tranforming a geometrical shape, keeping symmetry and bounding dimensions intact
1
Calculate angle between 3D points of sphere with specific center
0
How to render points on a 2D horizontal (Oxy) plane into points on a 2D vertical (phone) plane?
2
How to nearly connect two points with arc-like angled segments?