Blazor WASM could've been easily preferred over Blazor Server-Side without its downsides development-wise. Currently, Blazor WASM doesn't support a full-featured debugging experience and has a very slow startup. This slows down development much more than with Blazor Server-Side. Though I honestly personally think that the debugging experience slows down the development much more than the slow startup.

NOTE: I included the "proposed" word in there because I'm not sure about the downsides that this solution can cause, so feel free to comment on my answer below.

In simpler terms, this solution just adds and configures the Blazor Server-Side project without making any changes and any significant code duplication to the Blazor WASM project.

That's it! When you run the Blazor Server-Side project, it should load without the "Loading ..." text.

NOTE: I honestly think this is ideally(?) only for debugging during development since the WASM razor files won't fully utilize the capability of a true Blazor Server-Side because it would still use HTTP Requests. 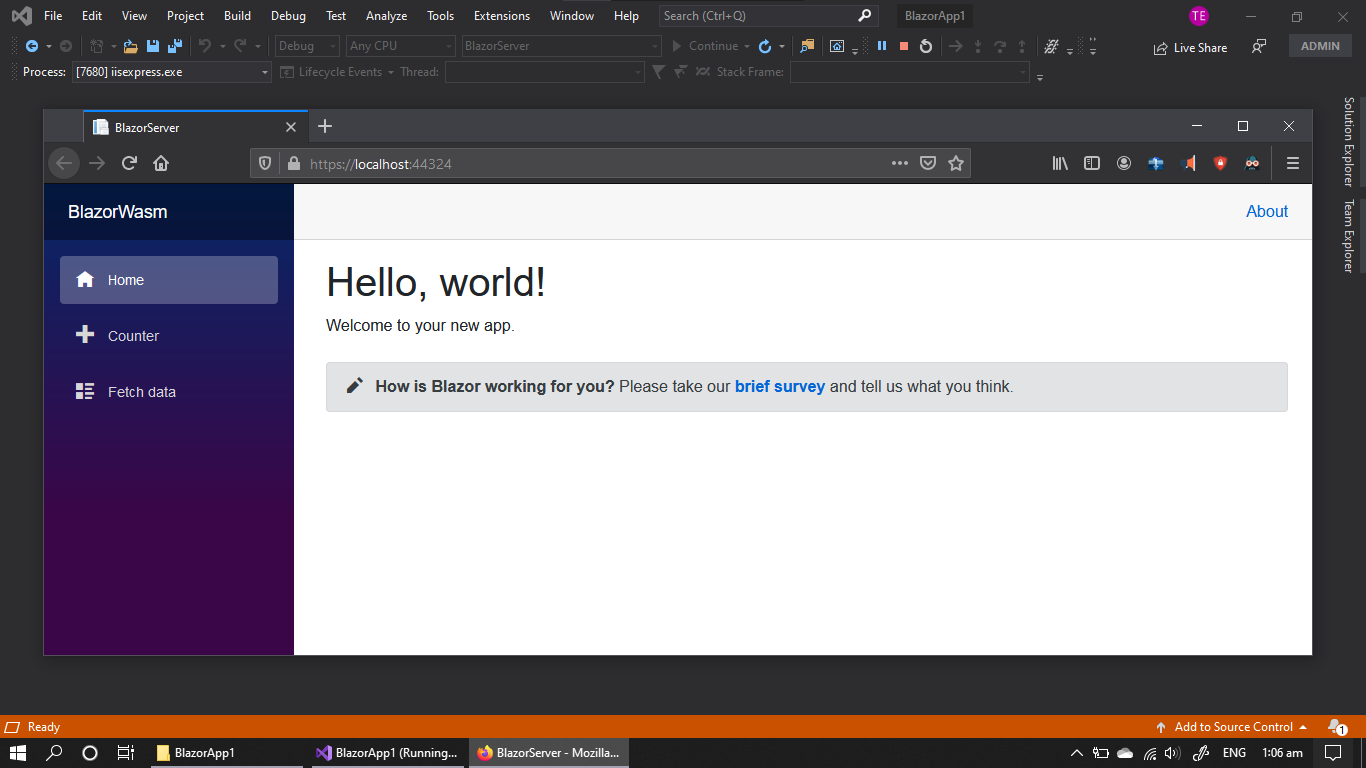 Hoping for feedbacks down below! :DD

I would suggest an alternate way. There are other drawbacks to referring to WASM project from a server project, but personally I think it is an architecturally inelegant solution.

There are some critical areas where Blazor Server and WASM differ :

Therefore, for most applications (and definitely the ones that require database access) you will not be able to share 100% codebase between WASM and Server-side.

Here is what you should do instead:

For Server Side: BlazorServer (has only settings + Program.cs + Startup.cs). It refers to the RCL + Server specific implementation of IDataAccessLayer

For hosted WASM: BlazorWebAPI : For database access, it has API to access database BlazorClientDAL : WASM specific implementation of IDataAccessLayer BlazorWASM : Blazor WASM project All three refer to your BlazorAppRCL.

The crux is to use DI/ inversion of control pattern to address the divergence between WASM and Server. This way, you can have a both instances WASM and Server instances with minimal code divergence. Note that the WASM WebAPI can simply use the server side blazor's implementation od IDataAccessLayer as it is. So beyond API related overhead, additional coding is not necessary.

Not the answer you're looking for? Browse other questions tagged c# blazor blazor-server-side blazor-webassembly or ask your own question.