Simply stated I have a simple python application which generates random passwords. This application was originally written using Tkinter and currently works. I am trying to improve the GUI interface by employing PyQt5. My efforts, so far have resulted in an application that runs from within my IDE (Spyder) and can also be run by invoking python from the commandline with the fullpath of the python script.

It should be noted this works for the Tkinter as well as the PyQt implementation.

My next step was to define a shortcut on the desktop to execute this script and have a window appear allowing creation of a password. The shortcut for the Tkinter script performs as expected and results in a window appearing. The script for the PyQt5 based script does not work. The only differences between the scripts are the target files being invoked by the script. Also both script files are in the same directory. This is a side by side image of the shortcut properties.

Here is a very simplistic example of the Puqt5 code. This code exhibits the same characteristics as the original in that it runs in the IDE as well as directly from Python in the CMD window but will not execute from a shortcut icon.

everything works on Windows 7

It work when invoked from a shortcut on Win &, hmm that's very strange.

I tested it on Windows 10 also works. 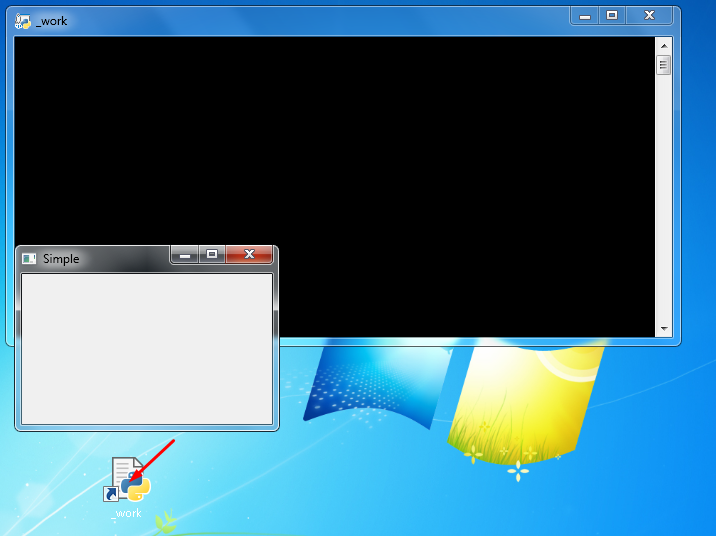 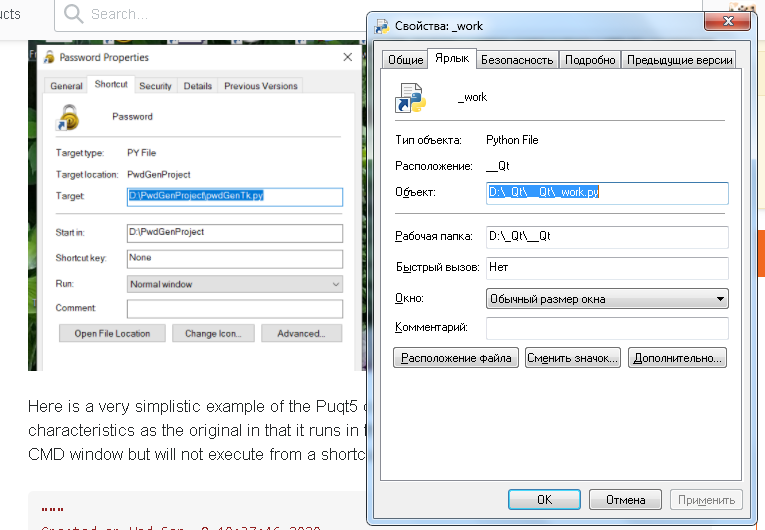 Thanks for the helpful suggestions as well as your efforts to test this problem on your own systems. I finally found an answer that satisfies my needs. I used pyinstaller to create an executable and then launch the executable from a desktop shortcut. This works, so I am considering my question closed.

Not the answer you're looking for? Browse other questions tagged python pyqt5 or ask your own question.