How can we show ONLY features that are correlated over a certain threshold in a heatmap?

I've got too many features in a data frame. I'm trying to plot ONLY the features which are correlated over a certain threshold, let's say over 80%, and show those in a heatmap. I put some code together, and it runs, but I still see some white lines, which have no data, and thus no correlation. Also, I'm seeing things that are well under 80% correlation. Here is the code that I tried.

When I run that, I see this. 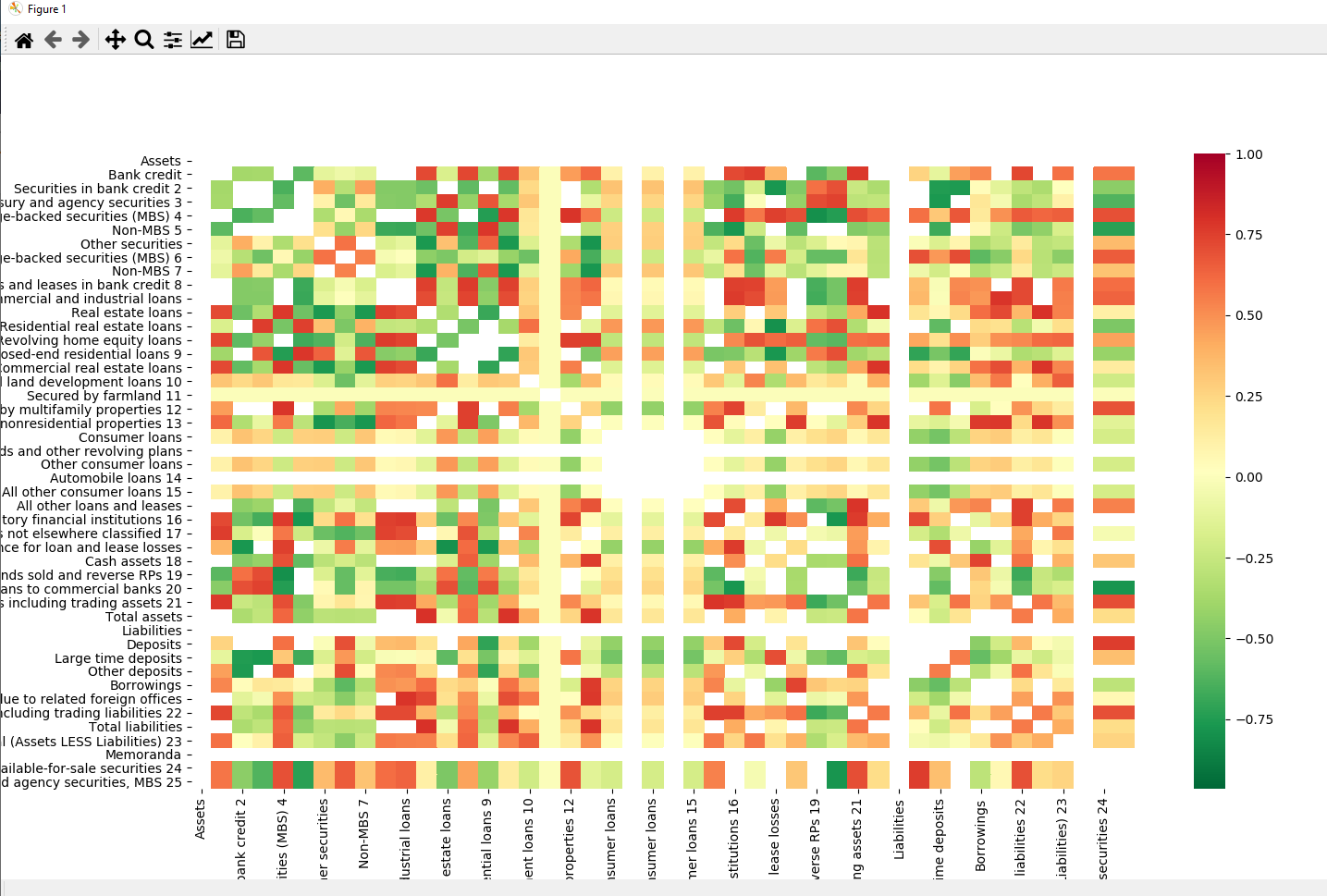 What is wrong here?

I am making a small update, with some new findings. 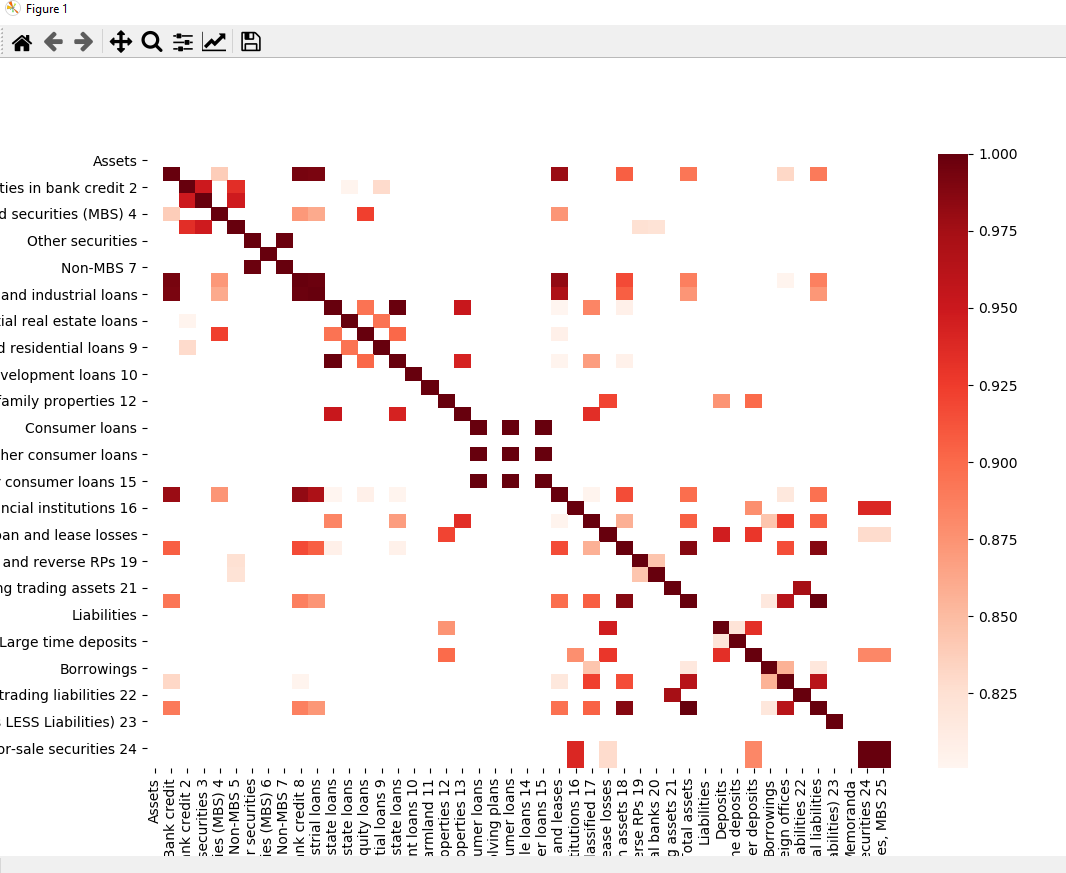 That seems to work, but it still gives me a lot of white! I thought there should be a way to include only the items that have a correlation over a certain amount. Maybe you have to copy those items with >.8 items to a new data frame and build the correlation off of that object. I'm not sure how this works.

The following code groups the strongly correlated features (with correlation above 0.8 in magnitude) into components and plots the correlation for each group of components individually. Please let me know if it differs from what you want.

Not the answer you're looking for? Browse other questions tagged python python-3.x heatmap correlation or ask your own question.

658
How can I iterate over files in a given directory?
2
R correlation heatmap: showing only values in the threshold
2
Jupiter Python seaborn heatmap not showing all correlations
1
Missing values in heatmap
2
Issues with Seaborn clustermap using a pre-computed Distance Correlation matrix
1
why does seaborn Heatmap shows white rows and columns?
2
Assign specific color to seaborn heatmap