So i have been trying to use a google programmable search engine script, but i am having trouble with the meta tag. The meta tag that i have included in my is as follows:

However, i am still getting an error telling me it refused to load the script because it violates the "content-security-policy directive: "script-src 'self'""

By the way, I am very new to html, so i might be making some obvious mistake.

Looks like you have 2 Content-Security-Policy issued. If multiple CSPs the strictest rules from both will apply (all sources/tokens should pass via both CSPs unscratched).

So you need to check for double <meta http-equiv="Content-Security-Policy" in the HTML code.

And check the HTTP response headers(because CMS could publush CSP by default) in the browser developers tool (Crtl+Shift+i in Chrome and Crtl+Shift+k in Fifrefox -> Network tab -> select main page at the left window and look Response headers): 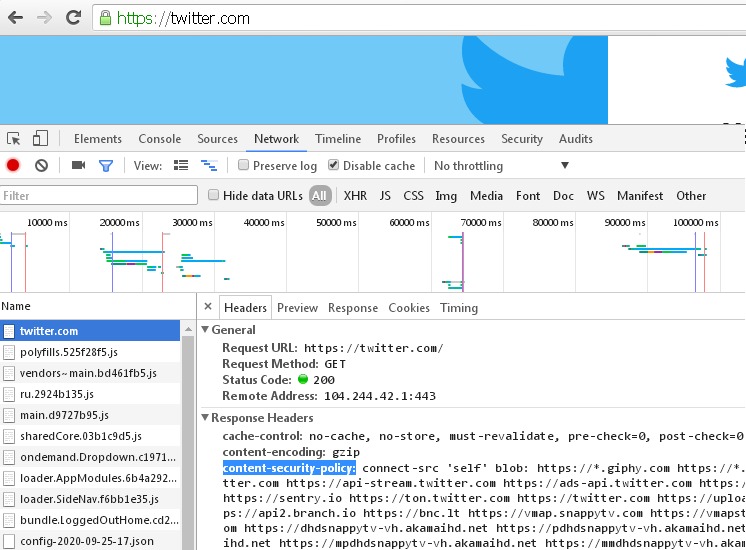 Not the answer you're looking for? Browse other questions tagged html content-security-policy meta or ask your own question.