Host Django application in the Lightsail's built in Apache server

From the Bitnami article can see that the AWS documentation follows its Approach B: Self-Contained Bitnami Installations.

On Linux, you can run the application with mod_wsgi in daemon mode. Add the following code in /opt/bitnami/apps/django/django_projects/PROJECT/conf/httpd-app.conf:

The blocker relates to the code I'm being asked to add, in particular the final part that has

and from them the one that most likely resembles /opt/bitnami/apps/ is /home/bitnami/stack/. Thing is, inside of that particular folder, there's no django folder - at least as far as I can tell (already checked inside some of its folders, like the python one).

The workaround for me at this particular stage is to move to a different approach, Approach A: Bitnami Installations Using System Packages (which I've done and managed to make it work as wrote in this blog post), but I'd like to get it to work using Approach B and hence this question.

The problem here is in the mentioning of the paths for both the project and Django.

In my case, projects are under /home/bitnami/projects/ where I created a Django project named tutorial.

Also, if I run the command

it'll print me the location where Django is installed 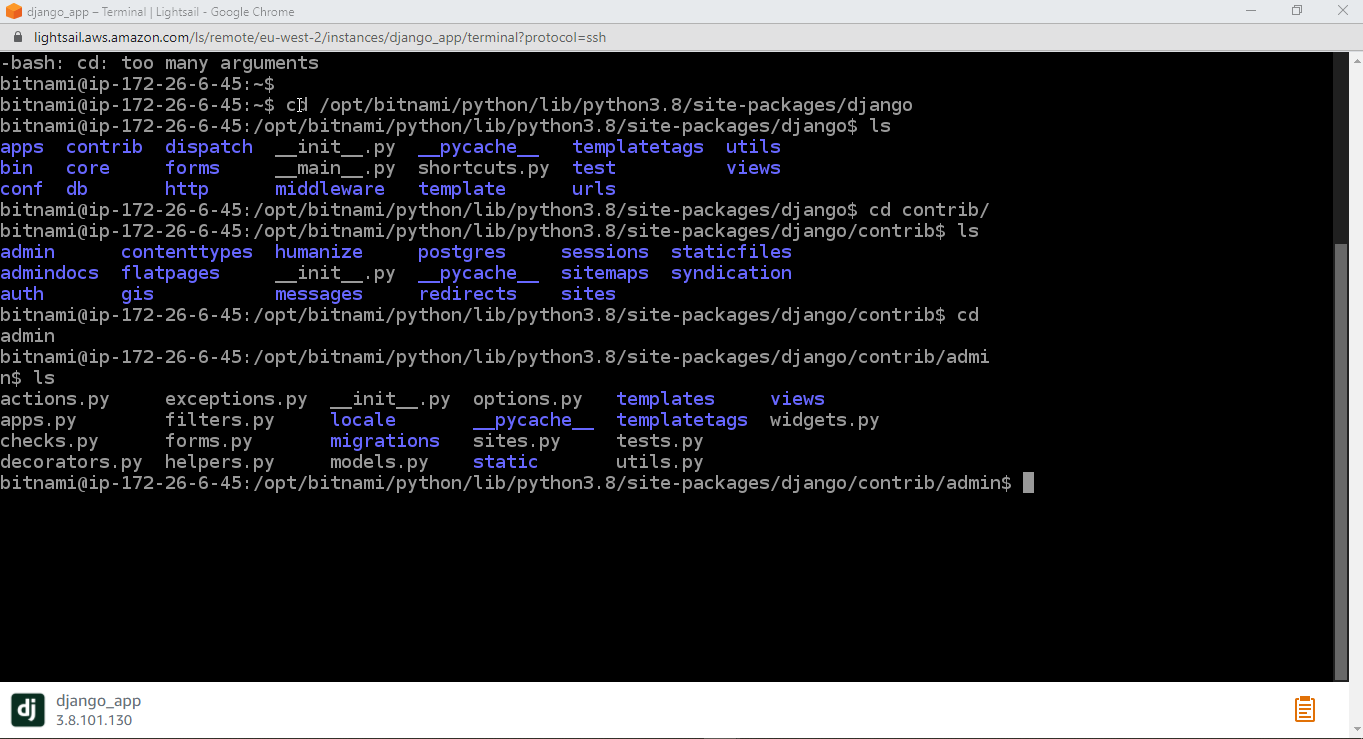 So, the httpd-app.conf should have instead at the end

Not the answer you're looking for? Browse other questions tagged python django amazon-web-services bitnami amazon-lightsail or ask your own question.