Is there a way to run Bash scripts on Windows? [closed]

I have bought and I use Windows 7 Ultimate, and I like to use it to develop applications. One of the down sides (as with every OS) is that I can not run Bash scripts. Is there a way to run Bash scripts on Windows by installing some software? It is ok if it does not work 100%, but as long as the most common functionality is available it should be great.

Install Cygwin, which includes Bash among many other GNU and Unix utilities (without whom its unlikely that bash will be very useful anyway).

Another option is MinGW's MSYS which includes bash and a smaller set of the more important utilities such as awk (you may also want to check the competing fork - Mingw-w64). Personally I would have preferred Cygwin because it includes such heavy lifting tools as Perl and Python which I find I cannot live without, while MSYS skimps on these and assumes you are going to install them yourself.

Updated: If anyone is interested in this answer and is running MS-Windows 10, please note that MS-Windows 10 has a "Windows Subsystem For Linux" feature which - once enabled - allows you to install a user-mode image of Ubuntu and then run Bash on that. This provides 100% compatibility with Ubuntu for debugging and running Bash scripts, but this setup is completely standalone from Windows and you cannot use Bash scripts to interact with Windows features (such as processes and APIs) except for limited access to files through the DrvFS feature. 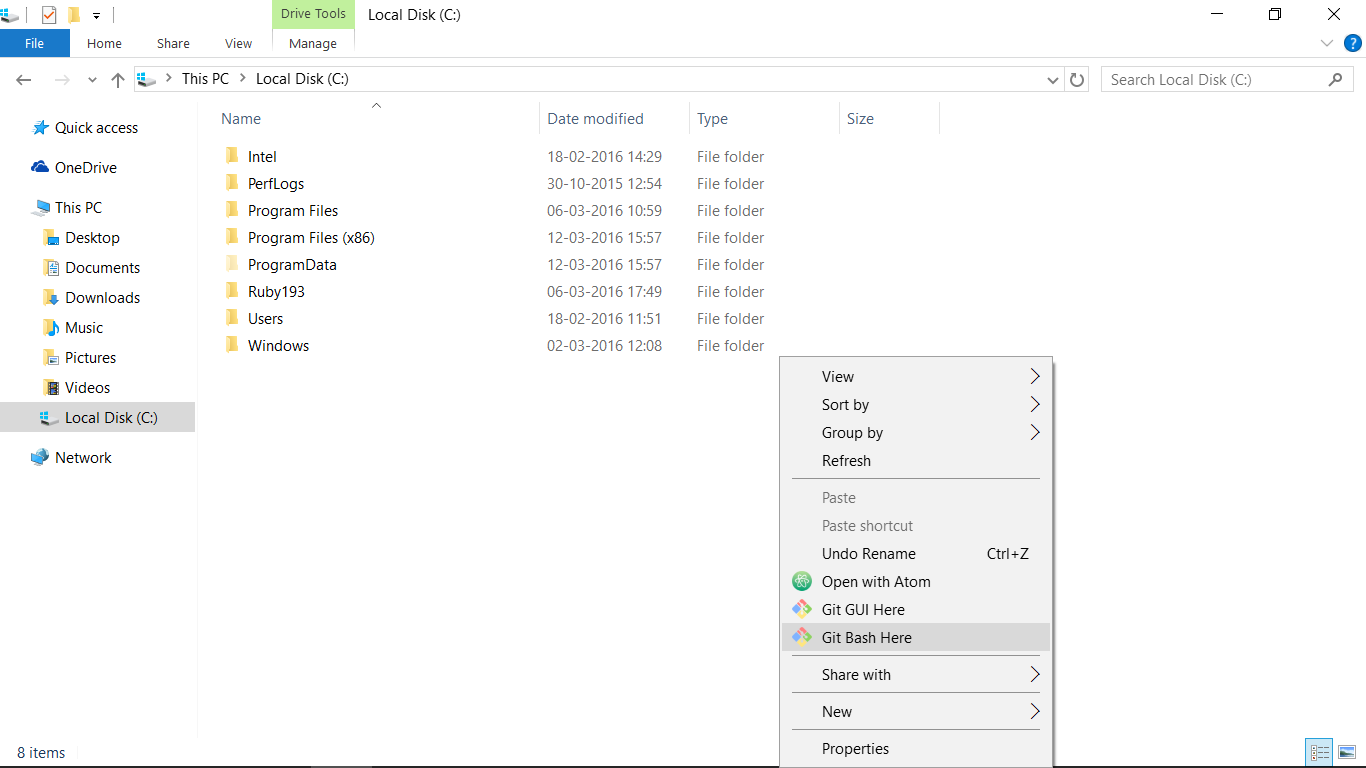 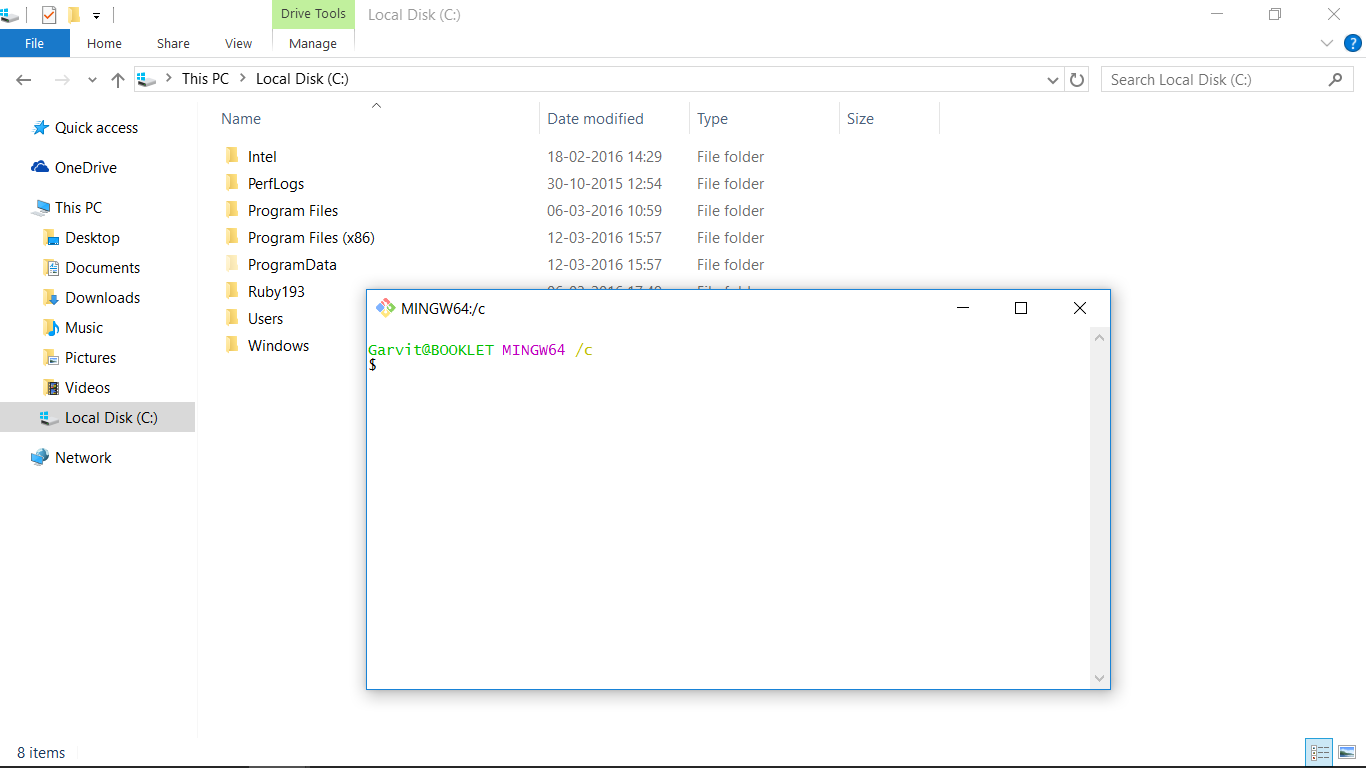 and the linux commands work...

If you're looking for something a little more native, you can use getGnuWin32 to install all of the Unix command line tools that have been ported. That plus winBash gives you most of a working Unix environment. Add console2 for a better terminal emulator and you almost can't tell you're on Windows!

Cygwin is a better toolkit overall, but I have found myself running into surprise problems because of the divide between it and Windows. None of these solutions are as good as a native Linux system though.

You may want to look into using virtualbox to create a linux VM with your distro of choice. Set it up to share a folder with the host os, and you can use a true linux development environment, and share with windows. Just watch out for those EOL markers, they get ya every time.

You can always install Cygwin to run a Unix shell under Windows. I used Cygwin extensively with Window XP.

After installing git-extentions (http://gitextensions.github.io/) you can run .sh file from the command prompt. (No ./script.sh required, just run it like a bat/cmd file) Or you can run them in a "full" bash environment by using the MinGW Git bash shell.

I am not a great fan of Cygwin (yes I am sure it's really powerful), so running bash scripts on windows without having to install it perfect for me.

In order to run natively, you will likely need to use Cygwin (which I cannot live without when using Windows). So right off the bat, +1 for Cygwin. Anything else would be uncivilized.

HOWEVER, that being said, I have recently begun using a combination of utilities to easily PORT Bash scripts to Windows so that my anti-Linux coworkers can easily run complex tasks that are better handled by GNU utilities.

I can usually port a Bash script to Batch in a very short time by opening the original script in one pane and writing a Batch file in the other pane. The tools that I use are as follows:

I prefer UnxUtils to GnuWin32 because of the fact that [someone please correct me if I'm wrong] GnuWin utils normally have to be installed, whereas UnxUtils are standalone binaries that just work out-of-the-box.

However, the CoreUtils do not include some familiar *NIX utilities such as cURL, which is also available for Windows (curl.haxx.se/download.html).

I create a folder for the projects, and always SET PATH=. in the .bat file so that no other commands other than the basic CMD shell commands are referenced (as well as the particular UnxUtils required in the project folder for the Batch script to function as expected).

Then I copy the needed CoreUtils .exe files into the project folder and reference them in the .bat file such as ".\curl.exe -s google.com", etc.

The Bat2Exe program is where the magic happens. Once your Batch file is complete and has been tested successfully, launch Bat2Exe.exe, and specify the path to the project folder. Bat2Exe will then create a Windows binary containing all of the files in that specific folder, and will use the first .bat that it comes across to use as the main executable. You can even include a .ico file to use as the icon for the final .exe file that is generated.

I have tried a few of these type of programs, and many of the generated binaries get flagged as malware, but the Bat2Exe version that I referenced works perfectly and the generated .exe files scan completely clean.

The resulting executable can be run interactively by double-clicking, or run from the command line with parameters, etc., just like a regular Batch file, except you will be able to utilize the functionality of many of the tools that you will normally use in Bash.

I realize this is getting quite long, but if I may digress a bit, I have also written a Batch script that I call PortaBashy that my coworkers can launch from a network share that contains a portable Cygwin installation. It then sets the %PATH% variable to the normal *NIX format (/usr/bin:/usr/sbin:/bin:/sbin), etc. and can either launch into the Bash shell itself or launch the more-powerful and pretty MinTTY terminal emulator.

There are always numerous ways to accomplish what you are trying to set out to do; it's just a matter of combining the right tools for the job, and many times it boils down to personal preference.

There's one more theoretical possibility to do it: professional versions of Windows have built-in POSIX support, so bash could have been compiled for Windows natively.

Pity, but I still haven't found a compiled one myself...

Not the answer you're looking for? Browse other questions tagged windows bash or ask your own question.

0
How can I execute a bash file (.sh) on PostgreSQL? On windows
122
What's a .sh file?
91
Create a OpenSSL certificate on Windows
2
Compile QT source codes from within code
1
execute bash script from shared folder in windows explorer
0
Is there a Terminal like the one on OS X for Windows
-1
How to Run Unix command in Matlab in Windows?
0
Run a bash script with C++ on Windows
-3
I'm trying to run a .sh file on command prompt and I'm not familiar with the commands
-1
Sort folders into alphabetic subfolders
See more linked questions

4141
How can I check if a directory exists in a Bash shell script?
5724
How can I get the source directory of a Bash script from within the script itself?
3178
How to check if a string contains a substring in Bash
2755
How can I check if a program exists from a Bash script?
3747
How do I tell if a regular file does not exist in Bash?
2540
Extract filename and extension in Bash
3252
How to concatenate string variables in Bash
2682
How can I install pip on Windows?
3113
Echo newline in Bash prints literal \n