I just created a new project and added a few pods as shown here:

I am OCCASIONALLY receiving this build error: 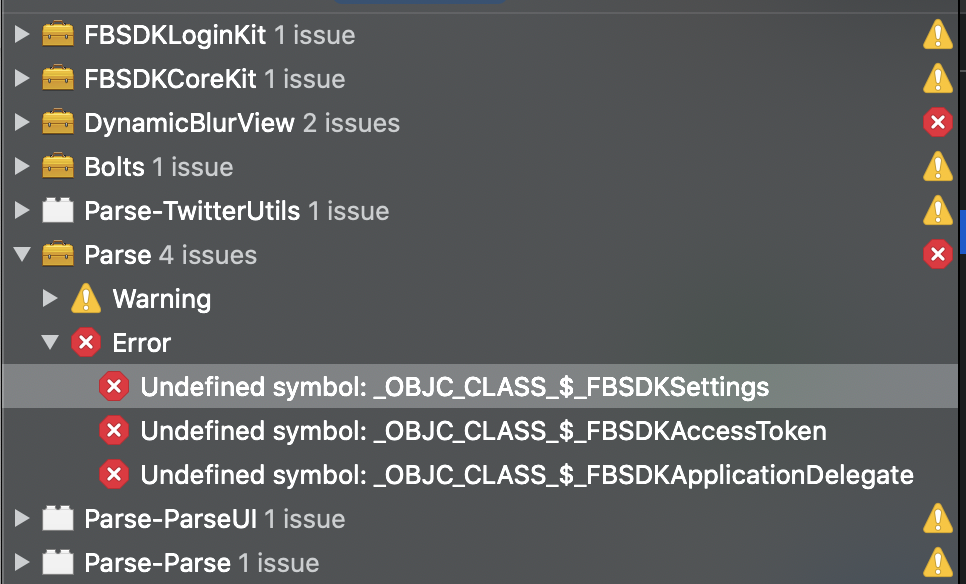 I am not sure why this "sometimes" happens, ir appears to show up when I change devices. I mess around cleaning the project, do pod install, and then magically it works.

I know I must be missing something so if anyone has any advice they can give on how to troubleshoot or fix this issue I would appreciate it.

I have a very similar config running in other apps, but this time Parse, FB and others frameworks were updated... as well as Xcode.

Thanks for any help

Browse other questions tagged swift xcode facebook parse-platform or ask your own question.