How to make unfilled polies without retracing path in turtle?

I am working on a turtle project where the user can draw their own avatar.

The thing is, I want the user to be able to decide whether the turtle they drew will be filled, or not.

The filled part is simple, as, by default, the polies will get filled, but the only way I know how to avoid filling is to retrace the lines so that the end of the line meets the start of the line.

Is there a built-in method or a more efficient way to keep the polies empty?

The problem with my current method is that the more lines (parameter) the lines there are for each turtle, the more stucky the program runs (the area doesn't influence the smoothness of the program). 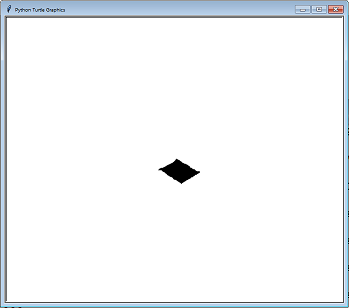 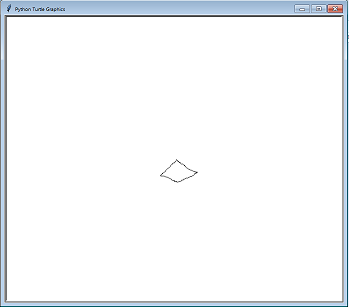 Is there a built-in method or a more efficient way to keep the polies empty?

I'm not aware of any functionality to avoid closed polygons on turtle cursors -- your solution is clever! Below is my rework of your code to simplify this approach:

The problem with my current method is that the more lines (parameter) the lines there are for each turtle, the more stucky the program runs

Unfortunately, the above code doesn't reduce the extra/excessive lines problem nor the general stuckiness of it (whatever stucky means, @Nick.)

Not the answer you're looking for? Browse other questions tagged python performance polygon turtle-graphics python-turtle or ask your own question.

1332
How to import a module given the full path?
6105
How do I check whether a file exists without exceptions?
849
How to retrieve a module's path?
2074
How to print without newline or space?
1199
How to get the filename without the extension from a path in Python?
2883
How to make function decorators and chain them together?
4008
How to make a flat list out of a list of lists?
1011
How do I get the full path of the current file's directory?
980
How to make a class JSON serializable