How is the time complexity of Morris Traversal o(n)?

http://geeksforgeeks.org/?p=6358 Can anyone please explain how Morris Traversal has a time complexity of o(n)? In the traversal, whenever the node has a left child a copy of it is made to the right child of its predecessor. So worst case is that predecessor has to be found for each node

Which is going to increase the time complexity? Am I missing anything here?

it is not going to increase the complexity as the algorithm just rebuilds the tree in only one direction(rebuilding takes only O(n) after which its only O(n) again to print them... but they have merged both the functionality into a same function and gave a special name for the algo thats it...

The original paper for Morris traversal is Traversing binary trees simply and cheaply. It claims that time complexity is O(n) in Introduction section:

It is also efficient, taking time proportional to the number of nodes in the tree and requiring neither a run-time stack nor 'flag' bits in the nodes.

Morris Traversal方法遍历二叉树（非递归，不用栈，O(1)空间） does some analysis. I have translated some relevant part and made some corrections based on my understanding. Here is my understanding: 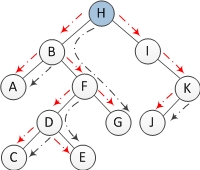 Another way of looking at it is to find out how many times a tree node will be traversed. As it is constant(3 times for a binary tree). We are looking at O(n).

First, I have a correction to make to a claim that you made:

In the traversal, whenever the node has a left child a copy of it is made to the right child of its predecessor

Now to answer your question about your code snippet:

Now even though it may have sounded like I was implying above that the entire algorithm runtime is 2n, it is not - it is actually 3n.

By the way, I don't think this line (from the full algorithm) to remove the old predecessor "thread" reference is strictly necessary (although it doesn't hurt, and can be considered nice tidying-up):

I discuss Morris inorder traversal here, because one node can be visited at most 4 times, so the time complexity is O(n).

Let's divide the types that one node is visited into two types:

I draw the figure below and use A + B to represent the times, A is current, B is loop. 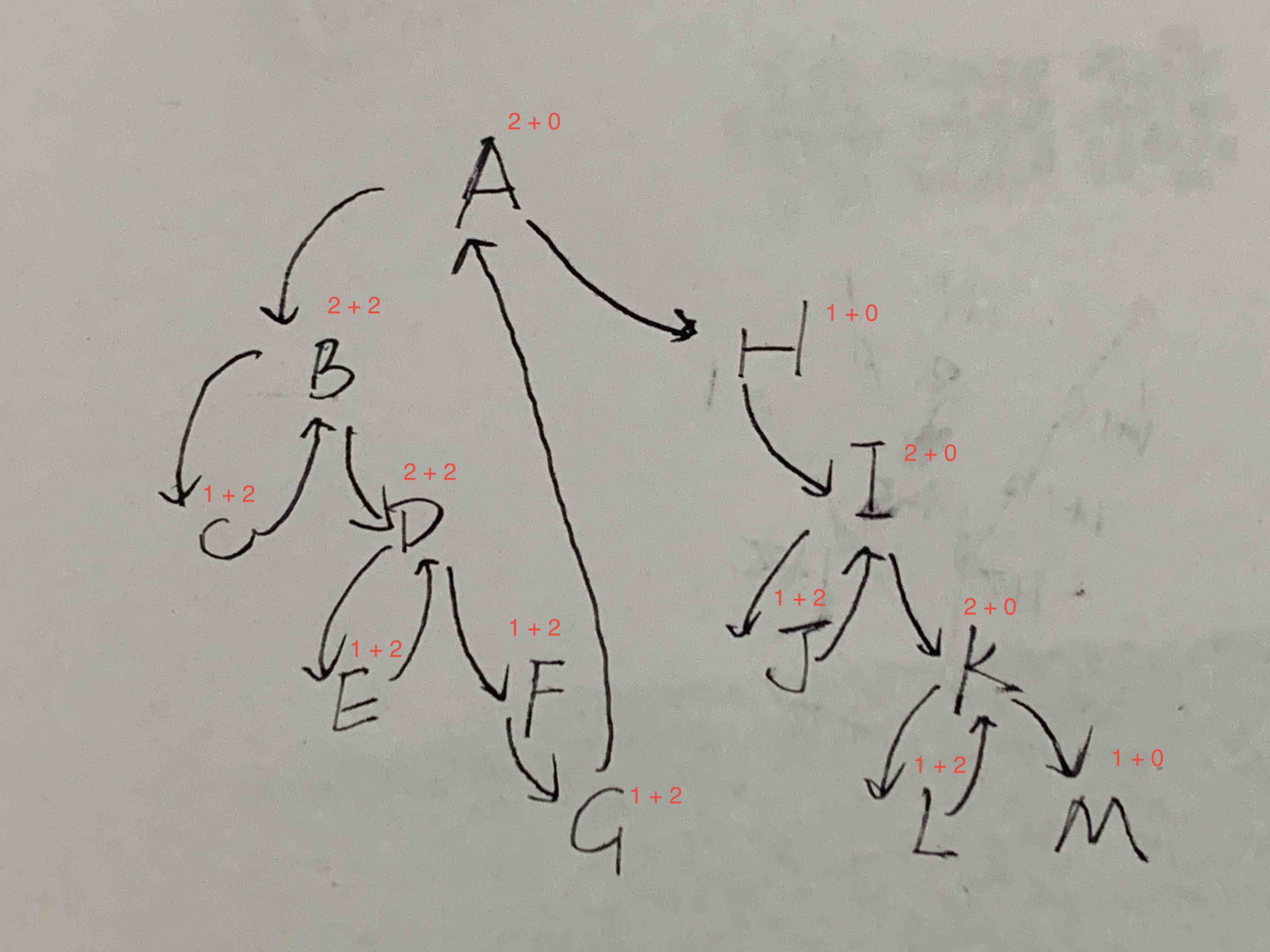 Not the answer you're looking for? Browse other questions tagged binary-tree or ask your own question.