Undo a merge by pull request?

There is a better answer to this problem, though I could just break this down step-by-step.

You will need to fetch and checkout the latest upstream changes like so, e.g.:

Taking a look at the commit log, you should find something similar to this:

Now you want to revert the entire pull request with the ability to unrevert later. To do so, you will need to take the ID of the merge commit.

In the above example the merge commit is the top one where it says "Merged pull request #123...".

Do this to revert the both changes ("Add bar" and "Add foo") and you will end up with in one commit reverting the entire pull request which you can unrevert later on and keep the history of changes clean:

Look at your commit graph (with gitk or a similar program). You will see commits from the pull request, and you will see your own commits, and a merge commit (if it was not a fast-forward merge). You just have to find the last of your own commits before the merge, and reset the branch to this commit.

(If you have the branch's reflog, it should be even easier to find the commit before the merge.)

(Edit after more information in comments:)

Okay, lets look at the graph:

I assume the last (rightmost) commit was your wrong merge by pull request, which merged the blue line seen here. Your last good commit would be the one before on the black line, here marked in red:

Reset to this commit, and you should be fine.

This means, in your local working copy do this (after making sure you have no more uncommitted stuff, for example by git stash):

Now confirm that you are really on the commit I marked there, and you will see none of the pulled stuff in its ancestry.

(if your github remote is named origin - else change the name).

Now everything should look right on github, too. The commits will still be in your repository, but not reachable by any branch, thus should not do any harm there. (And they will be still on RogerPaladin's repository, of course.)

(There might be a Github specific web-only way of doing the same thing, but I'm not too familiar with Github and its pull request managing system.)

Note that if anyone else already might have pulled your master with the wrong commit, they then have the same problem as you currently have, and can't really contribute back. before resetting to your new master version.

If it is likely that this happened, or you simply want to avoid any problems, use the git revert command instead of git reset, to revert the changes with a new commit, instead of setting back to an older one. (Some people think you should never do reset with published branches.) See other answers to this question on how to do this.

If you want only some of the commits of RogerPaladin's branch, consider using cherry-pick instead of merge. Or communicate to RogerPaladin to move them to a separate branch and send a new pull request.

If the pull was the last thing he did then

you can easily revert a pull request on GitHub by clicking Revert:

You'll be prompted to create a new pull request with the reverted changes: 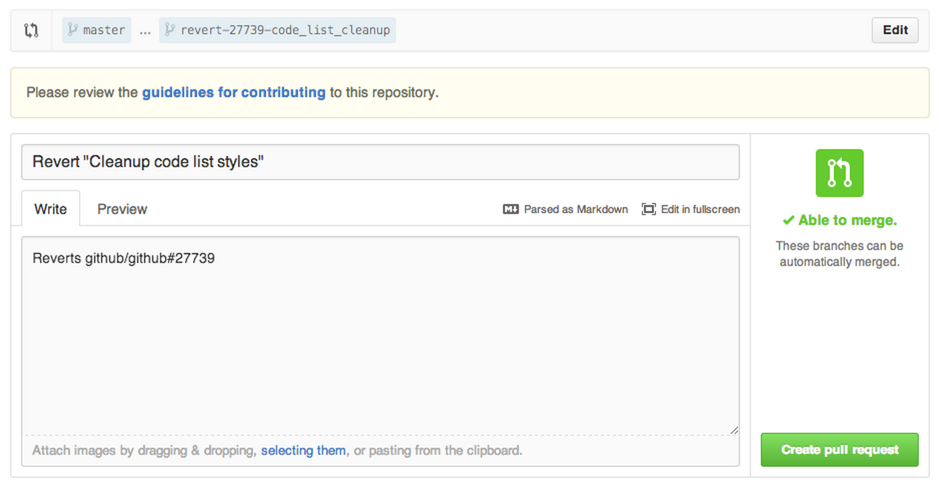 That is the expected behavior, it created a new branch and you can create a PR from this new branch to your master.
This way in the future you can un-revert the revert if need be, it is safest option and not directly changing your master.

Warning: Korayem points out in the comments that:

After a revert, let's say you did some further changes on Git branch and created a new PR from same source/destination branch.
You will find the PR showing only new changes, but nothing of what was there before reverting.

A GraphQL mutation is now available for reverting a merged pull request: revertPullRequest.

Like the revert action on the pull request page in the web, calling this API creates a new pull request that reverses the changes made by the merged pull request.

To undo a github pull request with commits throughout that you do not want to delete, you have to run a:

A good way to find this is to go to the now closed pull request and finding this field:

After you run the git reset, run a:

I use this place all the time, thanks.

I was searching for how to undo a pull request and got here.

I was about to just git reset --hard to "a long time ago" and do a fast forward back to where I was before doing the pull request.

Besides looking here, I also asked my co-worker what he would do, and he had a typically good answer: using the example output in the first answer above:

As with most things in Git, if you're doing it some way that's not easy, you're probably doing it wrong. 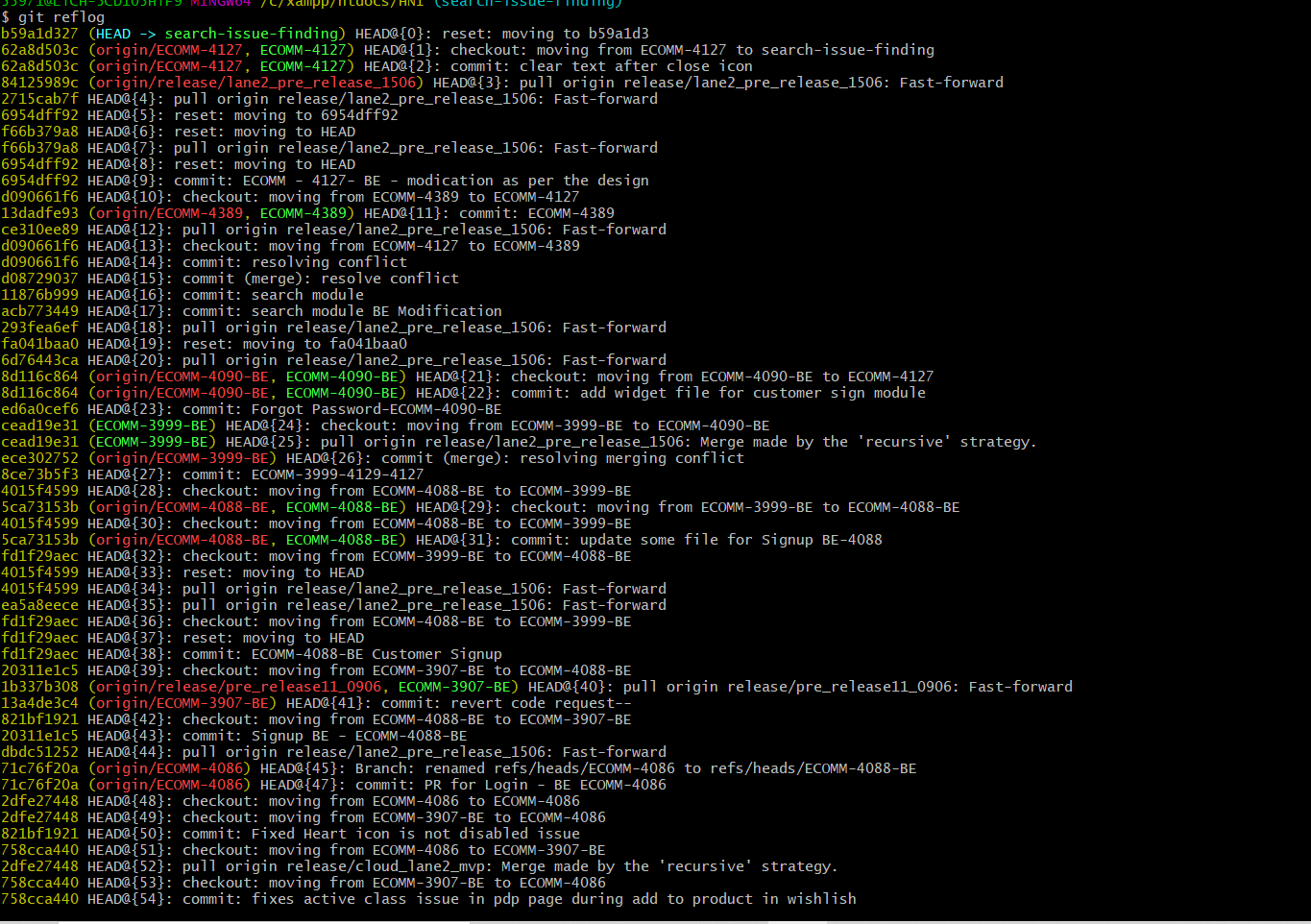 After running the above command this output will occur.

where 6954dff92 merging id, and your code updated based on the merge id.

Thanks, I hope it will be help, please like and support.

If you give the following command you'll get the list of activities including commits, merges.

Your last commit should probably be at 'HEAD@{0}'. You can check the same with your commit message. To go to that point, use the command

Your merge will be reverted. If in case you have new files left, discard those changes from the merge.

0
Remove PR Merge, then Merge Later
4956
How do I squash my last N commits together?
4731
Undo a Git merge that hasn't been pushed yet
6
Github: Changes ignored after revert (git cherrypick, git rebase)