How to create TMenuItem in FMX with shortcut as number key or +/- key?

I'm trying to replicate something similar to the Inkscape Zoom shortcuts shown below. Note that these Inkscape shortcuts work whether or not the number pad is used. 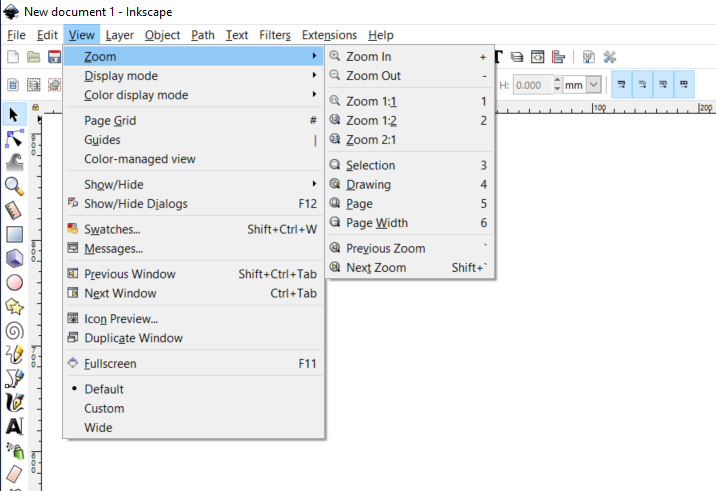 Is this possible in FMX, or will I have to resort to using the function keys? I'd prefer to have consistency with Inkscape. I could handle the key presses in the Form's OnKeyDown event, but then how would I show the shortcut keys in the menu correctly (right hand side of the menu item)?

You can do it from source :

its simple sum of key and Fkey :

For using "+" and "Numeric +", use Action connected to Menu item:

Not the answer you're looking for? Browse other questions tagged delphi firemonkey or ask your own question.

6
How to detect if file in IDE is being edited using Open Tools API
3
How to disable TAction.Shortcut or TMenuItem.Shortcut?
7
Adding a hot-key to my Delphi app
147
How to create “No Activate” form in Firemonkey
7
How can I set Ctrl+R as shortcut for the “Rename” refactoring in Delphi?
0
Create and free FMX components inside a TPanel at runtime
3
Delphi ShortCuts with NumPad Numbers
6
Custom drawing of TCustomListbox items