We are creating an application where we want to measure the distance of each pixel from the camera. This works perfectly on iOS since the image returned by the OS is already recalculated to remove the shift caused by distance between depth and main camera. But on android, we get the original image for both cameras.
This means we have 2 images with different distortion and shift which we need to place on top of each other as you can see below: 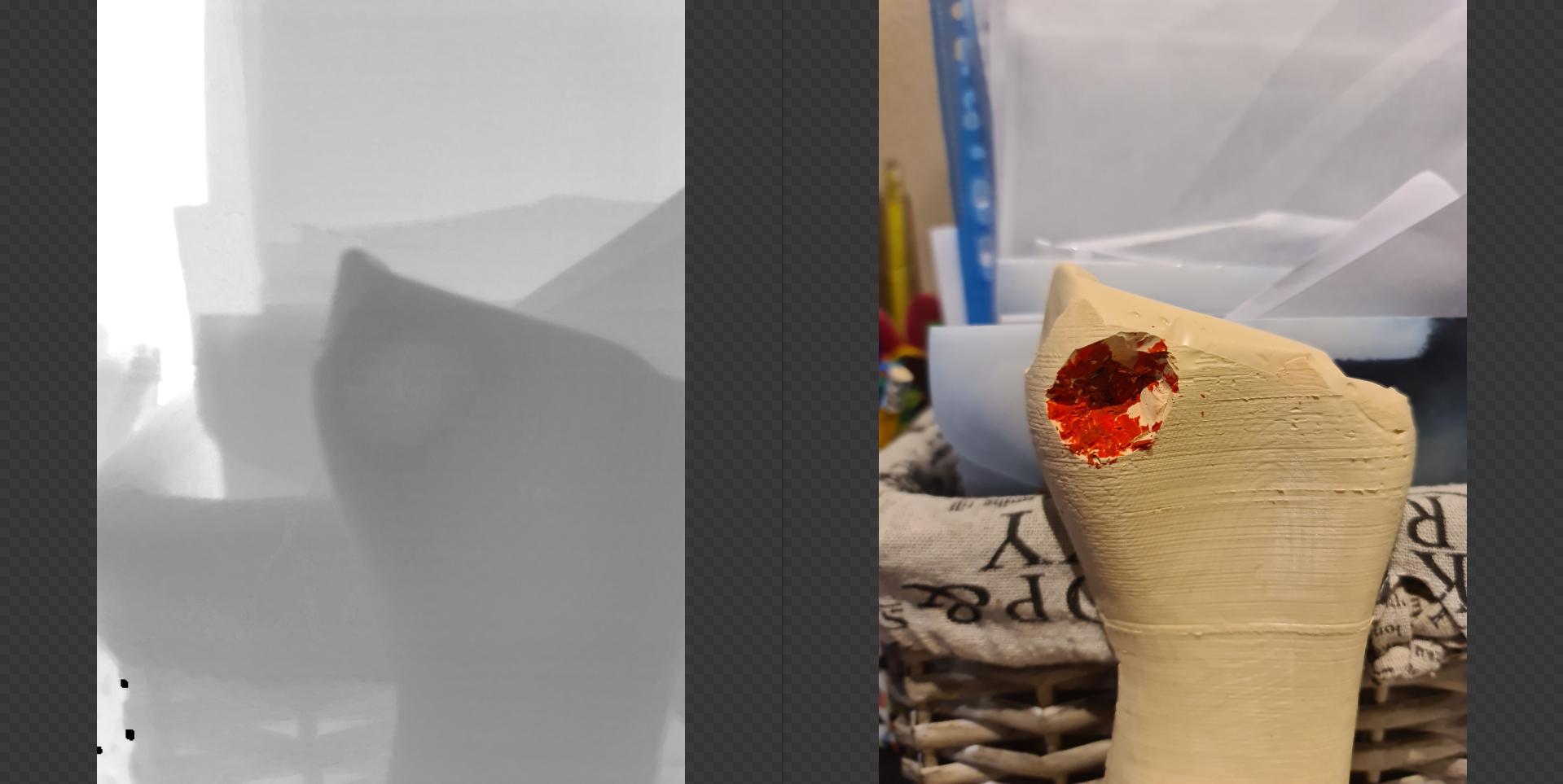 Is there a way to calculate for each pixel on the right it's corresponding pixel from the image on the left?

Edit: I found on the android developers page the following snippet:

But I am not quite sure how to approach this with OpenCV. Any ideas?

Browse other questions tagged android opencv depth-buffer or ask your own question.