However, there are online discussions with mixed conclusions as to whether use HAVING as a superset of WHERE clause. That is, whether it can be used even without GROUP BY in which case it works as a WHERE clause.

I want to understand what is the industry practice in using HAVING clause across Oracle, Microsoft SQL server, MySQL, PostGreSQL and other tools.

A funny thing I observed when executing this query:

This is a great question AND puzzle!

Instead of bringing back all the rows from a query in a single call, we page them. And instead of holding a resultset open and process running, we stick to the RESTful way, and do all the work on a single call and response.

How do we make this happen?

Well, when you type in that query from your question and execute it, on the back end, that's not actually what gets executed.

We wrap that query with another SELECT, and use the ROW_NUMBER() OVER analytic function call. This allows us to 'window' the query results, in this case between rows 1 and 26, or the the first 25 rows of that query, your query.

Well, Optimizer figures out this query can still run, even if the having clause isn't appropriate.

The optimizer is always free to re-arrange a query before searching for best execution plans.

In this case, a 10053 trace shows that a query such as below that came from SQL Dev Web (I'm using EMP but the same applies for any table)

got internally transformed to the following before being optimized for plans.

Notice the HAVING has been transformed/optimized out of the query, which lets it pass through onto the execution phase.

Major 👏 to @connor-mcdonald of AskTom fame for helping me parse this out. 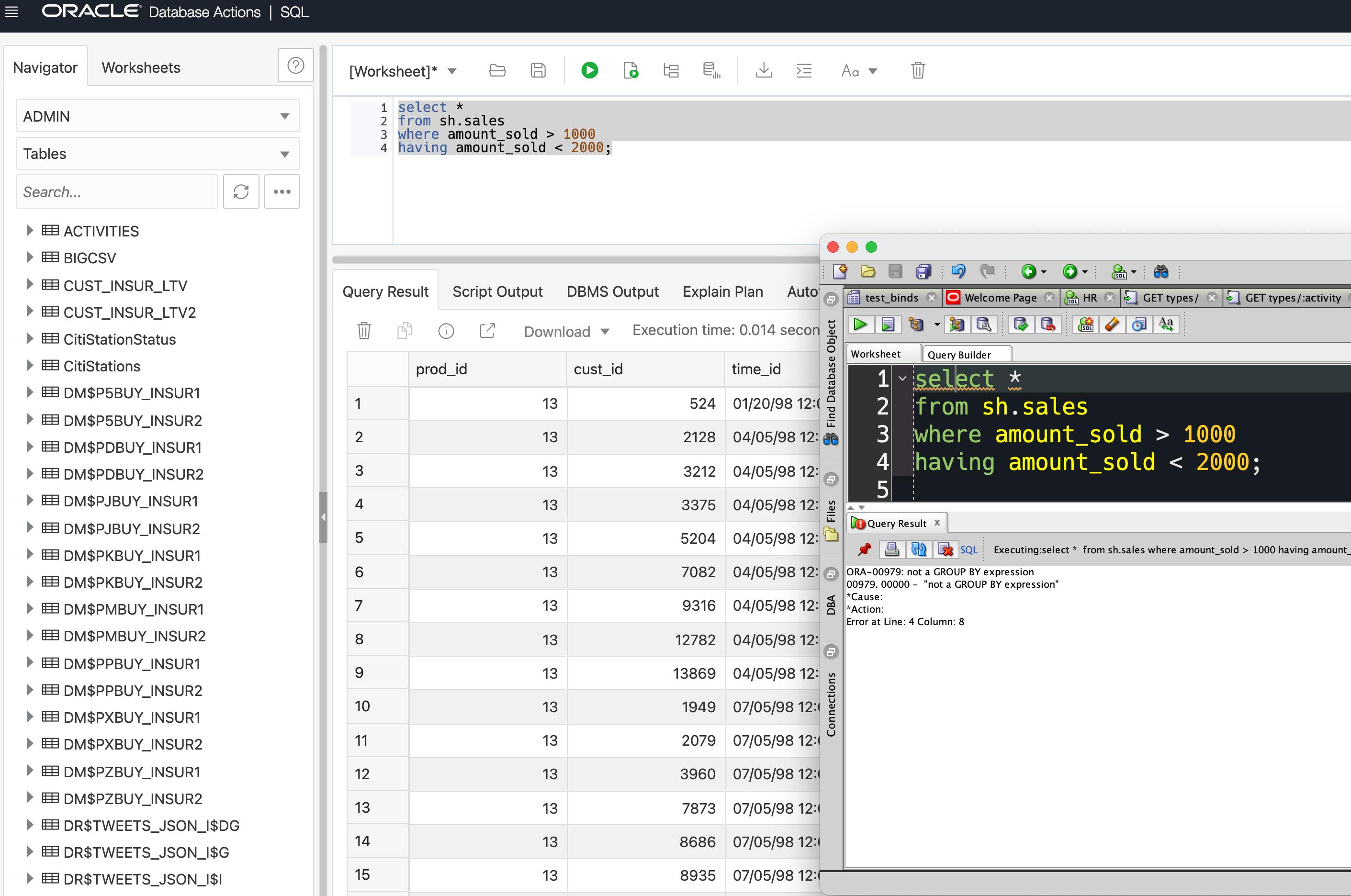