I developed an environment using Unreal 4.25. In order to connect it with Airsim, I followed the instructions given over here - https://microsoft.github.io/AirSim/unreal_custenv/.

I'm stuck at the point where they say to right click the .uproject file and select Generate Visual Studio Project Files, since I do not have that option. 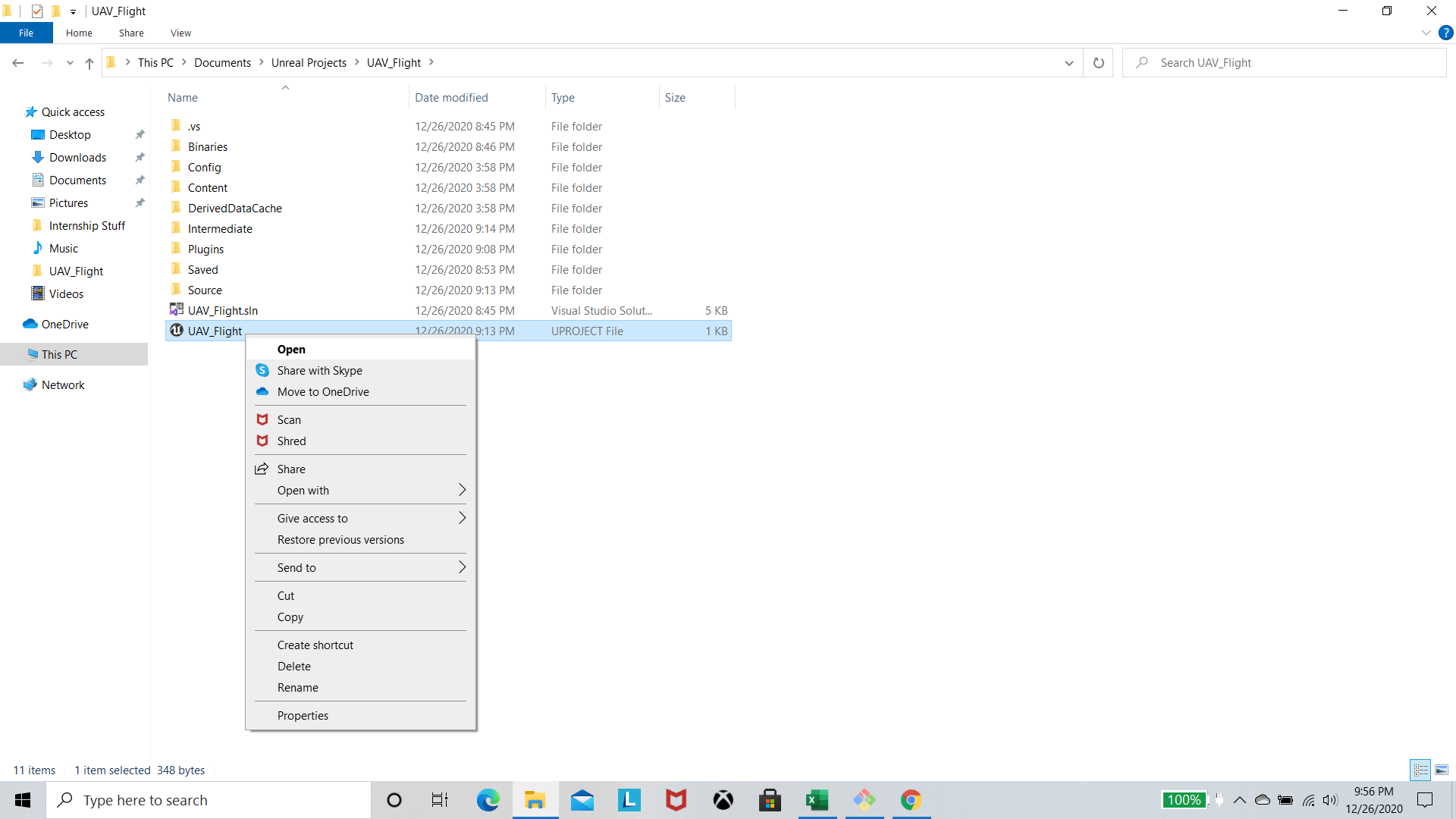 In case other people face this issue with their unreal engine project file association not being setup correctly, there's a few ways to address this, regardless of whether you have a source build (github version) or a binary build (launcher version) of the engine installed:

The tips given in the documentation are helpful. However, that was not my issue. I did not restart Epic games after installing Unreal Engine therefore the project file extensions were not associated with my Engine. Please refer to this post for more details - https://github.com/microsoft/AirSim/issues/1219

0
error(MSB3073) in visual studio with unreal engine
1
UnrealBuildTool Exception: ERROR : failed to harvest environment variables
0
How to generate Unreal Visual Studio solution files into specific folders
2
Unreal Engine and Clion (Cannot get compiler information)
0
Changes in Visual Studio don't affect Unreal Engine
0
How can I include external code into unreal engine 4 C++ project
0
How do I set the Program type?