Resize Composable height to be the same as width

I am trying to implement a grid UI with 2 columns in Jetpack Compose.

This should look as below

I have part way achieved this with the code below, however the height doesn't appear to be "sent" to the children.

This creates the following UI instead. 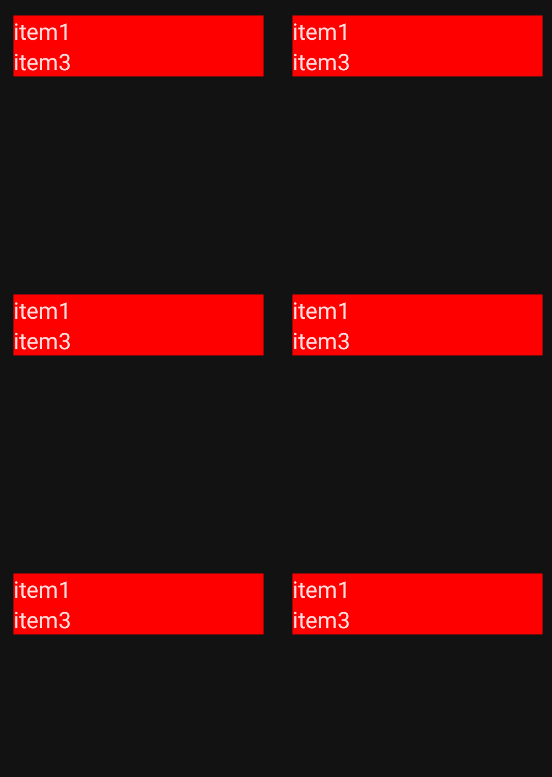 It appears the Surface laid out correctly, since the next Row has space. But the column appears to not take the full height. This also means the weight() for column items doesn't work. Adding the weight modifier to column children makes them just disappear.

How can I fix the above so the children can know the height and achieve the intended result?

UPDATE: I have tried using the preferredHeight(IntrinsicSize.Max) and it seems to work better, but it does require making the code be marked with @ExperimentalLayout so prefer not to use it yet if there's another option available.

Set the constraints for your tile yourself, based on the width of the TileRow:

See LazyGrid for a complete example

Not the answer you're looking for? Browse other questions tagged android android-jetpack-compose or ask your own question.

667
Set ImageView width and height programmatically?
530
Get screen width and height in Android
0
How to make buttons, with dynamic text, the same size and width to height ratio?
4
ListView item won't extend width to fill_parent
3
How is the height of a GridView determined, and can it be changed?
0
Adapt child's width to parent's width
0
Linear Layout won't take the height of its parent in percentRelativeLayout
6
How to `wrap_content` while autosizing an Android TextView?
8
Equivalent of constraint layout 0dp