Since I am fairly new to R, I do not know what the S3 methods and objects are. I found that there are S3 and S4 object systems, and some recommend to use S3 over S4 if possible (See Google's R Style Guide at http://google-styleguide.googlecode.com/svn/trunk/google-r-style.html)*. However, I do not know the exact definition of S3 methods/objects.

Most of the relevant information can be found by looking at ?S3 or ?UseMethod, but in a nutshell:

S3 refers to a scheme of method dispatching. If you've used R for a while, you'll notice that there are print, predict and summary methods for a lot of different kinds of objects.

There is quite a bit more to it, but this should get you started. There are quite a few disadvantages to this way of dispatching methods based upon an attribute (class) of objects (and C purists probably lie awake at night in horror of it), but for a lot of situations, it works decently. With the current version of R, newer ways have been implemented (S4 and reference classes), but most people still (only) use S3.

To get you started with S3, look at the code for the median function. Typing median at the command prompt reveals that it has one line in its body, namely

That means that it is an S3 method. In other words, you can have a different median function for different S3 classes. To list all the possible median methods, type

In this case, there's only one method, the default, which is called for anything. You can see the code for that by typing

A much more interesting example is the print function, which has many different methods.

Notice that some of the methods have *s next to their name. That means that they are hidden inside some package's namespace. Use find to find out which package they are in. For example

R’s three OO systems differ in how classes and methods are defined:

There’s also one other system that’s not quite OO, but it’s important to mention here:

I came to this question mostly wondering where the names came from. It appears from this wikipedia article that the name refers to the version of the S Programming Language that R is based on. The method dispatching schemes described in the other answers come from S and are labelled appropriately according to version.

which lists, among others, "residuals.lm" and "residuals.glm". This means when you have fitted a linear model, m, and type residuals(m), residuals.lm will be called. When you have fitted a generalized linear model, residuals.glm will be called. It's kind of the C++ object model turned upside down. In C++, you define a base class having virtual functions, which are overrided by derived classed. In R you define a virtual (aka generic) function and then you decide which classes will override this function (aka define a method). Note that the classes doing this do not need to be derived from one common super class. I would not agree to generally prefer S3 over S4. S4 has more formalism (= more typing) and this may be too much for some applications. S4 classes, however, can be de defined like a class or struct in C++. You can specify that an object of a certain class is made up of a string and two numbers for example:

Methods that are called with an object of that class can rely on the object having those members. That's very different from S3 classes, which are just a list of a bunch of elements.

With S3 and S4, you call a member function by fun(object, args) and not by object$fun(args). If you are looking for something like the latter, have a look at the proto package.

Here is an updated fast rundown of the numerous R object systems according to "Advanced R, 2nd edition" (CRC Press, 2019) by Hadley Wickham (Chief Scientist at RStudio), which has a web representation here, based on the chapter about Object-Oriented Programming. 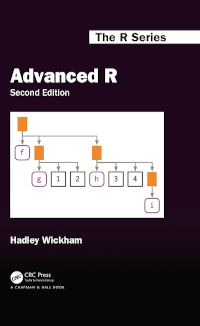 The first edition from 2015 has a web representation here, with the corresponding chapter on OO here.

Functional OOP: methods (callable code pieces) belong to generic functions (not to be confused with Java/C# generic methods). Think of the methods as being located in a global lookup table. The method to execute is found by the runtime system based on the name of the function and the type (or object class) of one or more arguments passed to that function (this is called "method dispatch"). Syntax-wise, method calls may look like ordinary function calls: myfunc(object, arg1, arg2). This call would lead the runtime to look for the method associated to the pair ("myfunc", typeof(object)) or possibly ("myfunc", typeof(object), typeof(arg1), typeof(arg2)) if the language supports that. In R's S3, the full name of the generic function gives the (function-name, class) pair. For example: mean.Date is the method to compute the mean of Dates. Try methods("mean") to list the generic methods with function name mean. The Functional OOP approach is found for example in the OO pioneer Smalltalk, the Common Lisp Object System and Julia. Hadley notes that "Compared to R, Julia’s implementation is fully developed and extremely performant."

Encapsulated OOP: methods belong to objects or classes, and method calls typically look like object.method(arg1, arg2). This is called encapsulated because the object encapsulates both data (fields) and behaviour (methods). Think of the method as being located in a lookup table attached to the object or the object's class description. The runtime looks the method up based on method name and possibly the type of one or more arguments. This is the approach found in "popular" OO languages like C++, Java, C#.

In both cases, if inheritance is supported (it probably is), the runtime may traverse the class hierarchy upwards until it has found a match for the call lookup key.

How to find out what system an R object belongs to

There are others, like R.oo (similar to RC), proto (prototype-based, think JavaScript) and Mutatr. However, "Advanced R" says:

Apart from R6, which is widely used, these systems are primarily of theoretical interest. They do have their strengths, but few R users know and understand them, so it is hard for others to read and contribute to your code.

Be sure to read the chapter on trade-offs in "Advanced R, 2nd edition", too.

652
How can I view the source code for a function?
6
Write custom classifier in R and predict function
8
How can I control the output of a function in R (similar to lm)
5
Making R-Package: NAMESPACE
2
Need to know the difference between predict() and predict.lm() in R
3
coerce class data type in R with as
2
Fully inspect an object in R
0
Understanding do.call semantics based on "plot"
1
Can't predict in ordinal::predict.clm(): cannot find function