Why is ffmpeg's hstack so much slower than overlay and pad?

I'm using ffmpeg to stitch together two videos of people chatting into a video with each of them side-by-side, like this: 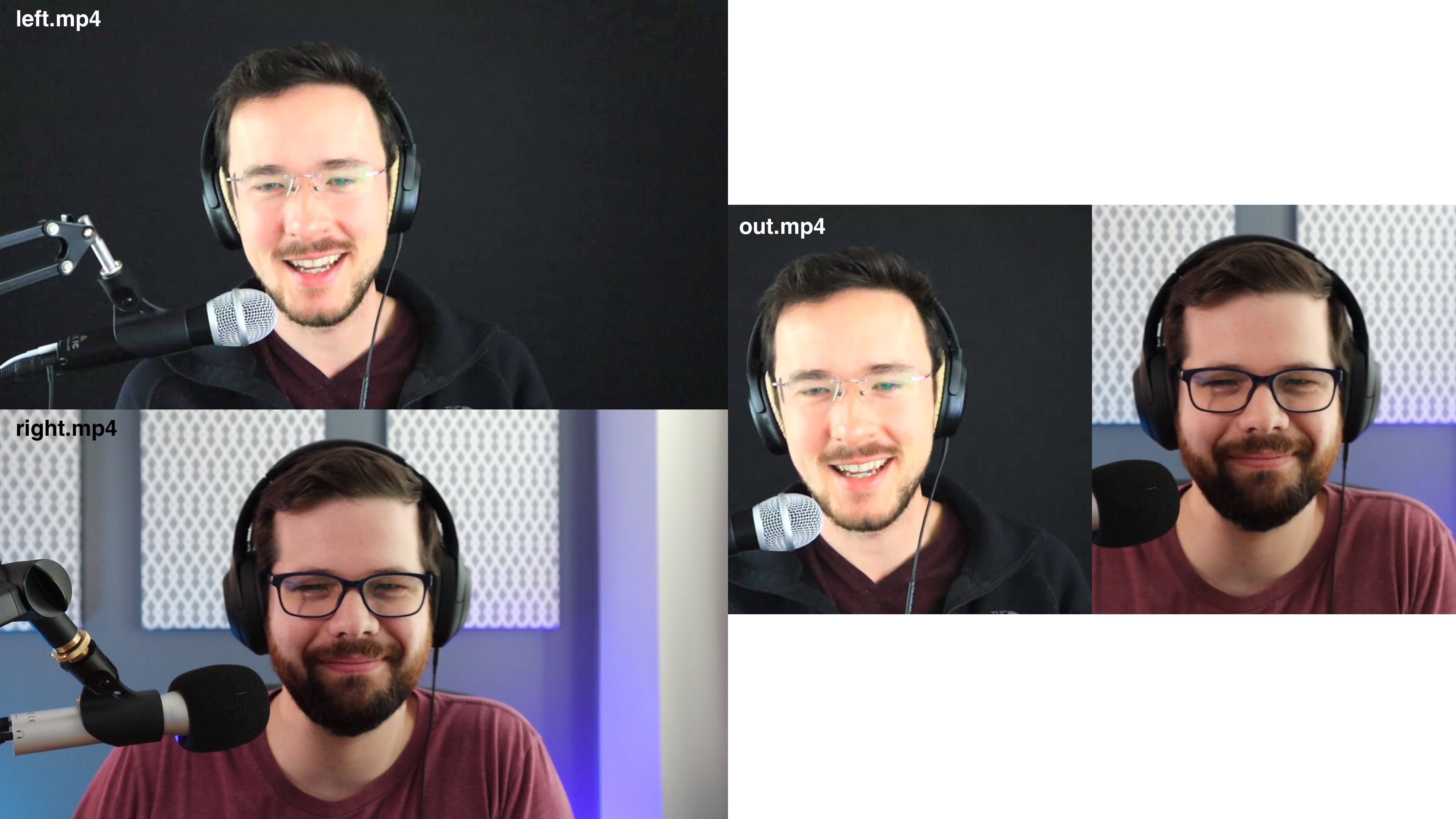 This command crops the left video to half of its original width (cropping so the video is centered), then shifts the right video a quarter of its width to the right, then overlays the left video on the left half of the output merged with the shifted right video.

One day on my weekly fun-time read-through the FFmpeg filters documentation I stumbled on a filter named hstack, which is described as being "faster than using overlay and pad filter to create same output."

My ex wife can affirm that there are few higher priorities in my life than going faster, so I altered my ffmpeg script to use hstack instead of two overlays:

...but that command runs painfully slowly, like 0.1x. It takes multiple minutes to render a single second.

So uhhh what's going on here? Why is hstack taking so long when it's supposed to be faster?

I've tried this on both the M1 native build from OSXExperts (version N-99816-g3da35b7) and the standard ffmpeg from brew and hstack is just as slow on each.

Like @Gyan commented, the problem was that neither of my files had a valid fps set.

They came from Riverside.fm, which recently added a "consistent framerate" video file output. Using those files made hstack export between 3.5 and 4x.

I'm not sure how to give files valid framerates in ffmpeg, but now I know that's why hstack was so slow.

Not the answer you're looking for? Browse other questions tagged ffmpeg or ask your own question.

4
FFMPEG Crop with side by side merge
1
How to Crop the visible portion of landscape video in android?
0
Video becomes choppy when the order in the hstack filter is changed
0
Create Seamless Video and Crop Video in one command
0
Ffmpeg: Scale+crop video then overlay image?
0
How to concatenate two or more videos with same width and different height in FFMpeg and to maintain the same aspect ratio?
0
FFMPEG xstack not recognizing inputs
0
How to use the ffmpeg overlay_cuda filter to make a SBS video?