I would like to use Word2Vec to check similarity of texts.

I am currently using another logic:

(name is my column).

For applying this function I do the following:

Could you please tell me how to replace fuzzy.ratio with Word2Vec in order to compare texts in a dataset?

The first text and the last one are quite similar, although they have different words to express similar concept. I would like to create a new column where to put, for each row, text that are similar. I hope you can help me.

TLDR; skip to the last section (part 4.) for code implementation

Unlike a fuzzy match, which is basically edit distance or levenshtein distance to match strings at alphabet level, word2vec (and other models such as fasttext and GloVe) represent each word in a n-dimensional euclidean space. The vector that represents each word is called a word vector or word embedding.

These word embeddings are n-dimensional vector representations of a large vocabulary of words. These vectors can be summed up to create a representation of the sentence's embedding. Sentences with word with similar semantics will have similar vectors, and thus their sentence embeddings will also be similar. Read more about how word2vec works internally here.

Let's say I have a sentence with 2 words. Word2Vec will represent each word here as a vector in some euclidean space. Summing them up, just like standard vector addition will result in another vector in the same space. This can be a good choice for representing a sentence using individual word embeddings.

NOTE: There are other methods of combining word embeddings such as a weighted sum with tf-idf weights OR just directly using sentence embeddings with an algorithm called Doc2Vec. Read more about this here.

“You shall know a word by the company it keeps”

Words that occur with words (context) are usually similar in semantics/meaning. The great thing about word2vec is that words vectors for words with similar context lie closer to each other in the euclidean space. This lets you do stuff like clustering or just simple distance calculations. 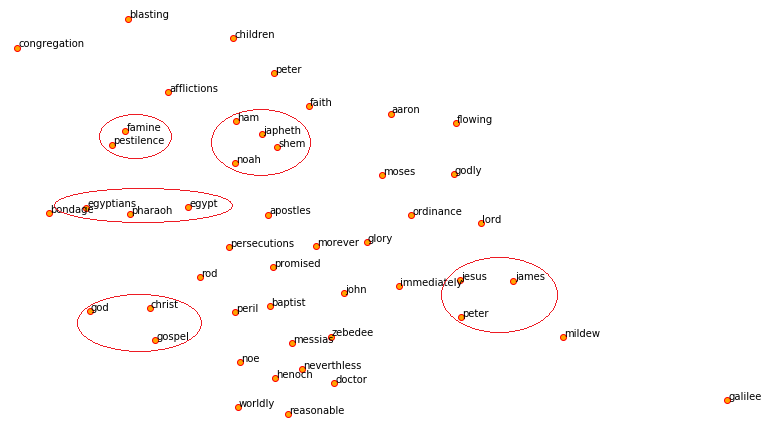 3. Pre-trained word2vec models (and others)

The awesome thing about word2vec and such models is that you don't need to train them on your data for most cases. You can use pre-trained word embedding that has been trained on a ton of data and encodes the contextual/semantic similarities between words based on their co-occurrence with other words in sentences.

You can check similarity between these sentence embeddings using cosine_similarity

I use a glove model (similar to word2vec) which is already trained on wikipedia, where each word is represented as a 50-dimensional vector. You can choose other models than the one I used from here - https://github.com/RaRe-Technologies/gensim-data

If you want to compare sentences you should not use Word2Vec or GloVe embeddings. They translate every word in a sentence into a vector. It is quite cumbersome to get how similar those sentences out of the two sets of such vectors. You should use something that is tailored to convert whole sentence into a single vector. Then you just need to compare how similar two vector are. Universal Sentence Encoder is one of the best encoders considering computational cost and accuracy trade off (the DAN variant). See example of usage in this post. I believe it describes a use case which is quite close to yours.

Not the answer you're looking for? Browse other questions tagged python pandas word2vec similarity or ask your own question.

0
From lists in a column to rows