I'm using Sequelize together with Node and JavaScript in one app. As you know when you execute sequelize-init it creates config, migrations, models and seeders folder. Inside of the models folder, there is an index.js file (generated by the cli), which is responsible for reading all of the models and their associations from the current folder:

When I run my app, an error appears: TypeError: Class constructor model cannot be invoked without 'new' at line 17 which is the statement: var model = require(path.join(__dirname, file))(sequelize, Sequelize.DataTypes); Reading some of the posts related to this problem I found out that I need to install the @babel/preset-env package along with @babel/cli, @babel/core, @babel/node. I also created a .babelrc file in the root directory, containing the following code:

and updated my start option of the scripts tag inside package.json to: "nodemon --exec babel-node app.js" (I don't use webpack)

But when I run the app the error still appears. What do I miss or haven't set correctly?

Note: Check the Why section in the end! If you want to know.

The problem is ES6 classes => are not transpilled with there full features to ES5! Sequelize is relying on some features

Using Sequelize.import in place of require! Don't! (Babel or any transpiler works with require (or es import) and how sequelize.import work is causing problem!)!

I guess you are using

Your babel configuration is what's causing that!

You can check that on this github thread comment

This worked for the guy

Note that if in the other hand you just stick with sequelize.define() way

It will work just right in ES5!

Don't use Sequelize.import to import Models

If you are doing then don't! Use require or es import! The transpiler doesn't handle Sequelize.import directly! And it seems to cause problem

For me it was because of ES6 with Typescript

Change that to ES6+! And all start working! 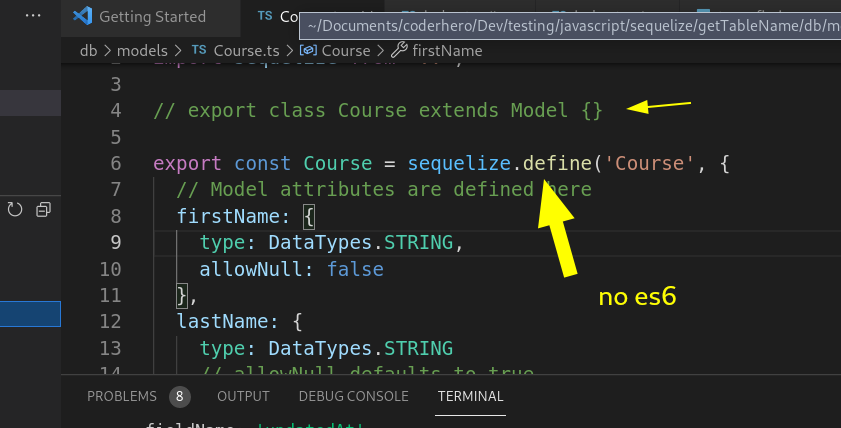 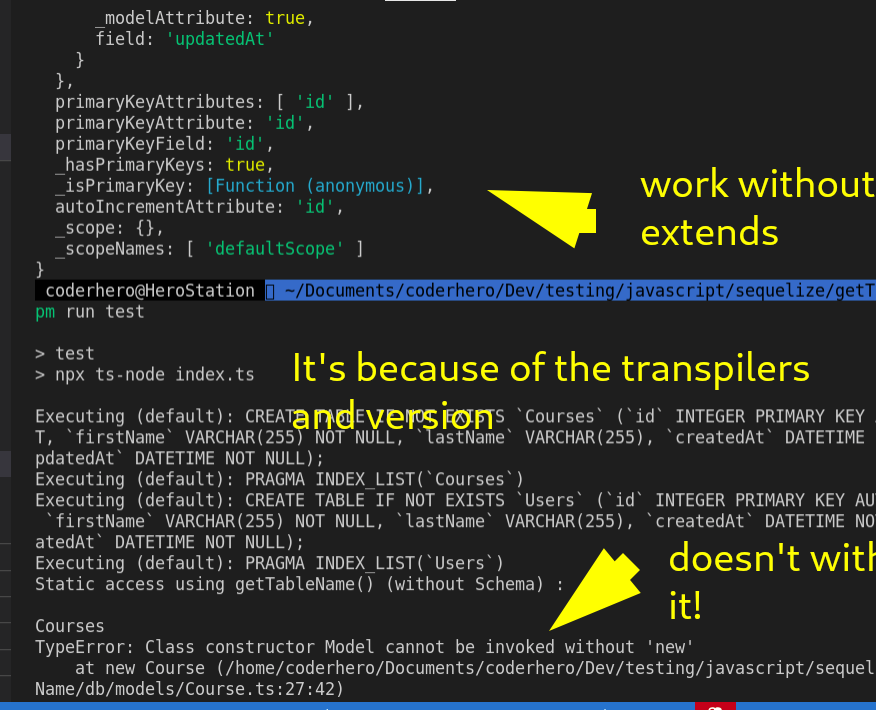 Due to the way ES6 classes work, you cannot extend a native class with a transpiled class. If your platform supports native classes

You can see more depth elements about the why and how possibly such a transpilation of ES6 Class to ES5 can be done to support full features and compatiblity! in the links bellow: