How to forbid GIT making auto committing VS2019 source code 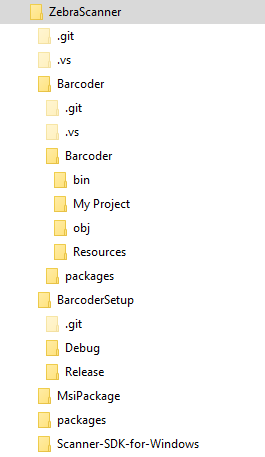 Also when I select git menu in solution explorer I receive something strange message about Azure. I don't working with Azure at all.

How is possible to fix this issue?

It looks like you have a configuration with nested git repositories, and I would guess that is causing some problems. From your first image, you have:

When Visual Studio is trying to commit changes, it does so from the solution git repo. However, if the that git repo is corrupted somehow, then you'll get the error message shown in your second image. (The "Azure DevOps" is because that's the name of the VS package which handles git integration; the rest of the message comes directly from git).

Normally, you'd only have the one git repo at the solution root, and Visual Studio would then consider the entire solution as working from that directory.

I don't know what's going on with any auto-commit behavior, I can't think of anything in Visual Studio that would trigger a commit whenever you save. But hopefully this can help sort out some of your problems.

Not the answer you're looking for? Browse other questions tagged git visual-studio-2019 or ask your own question.