Why JavaFX application and scene builder is showing garbled text? 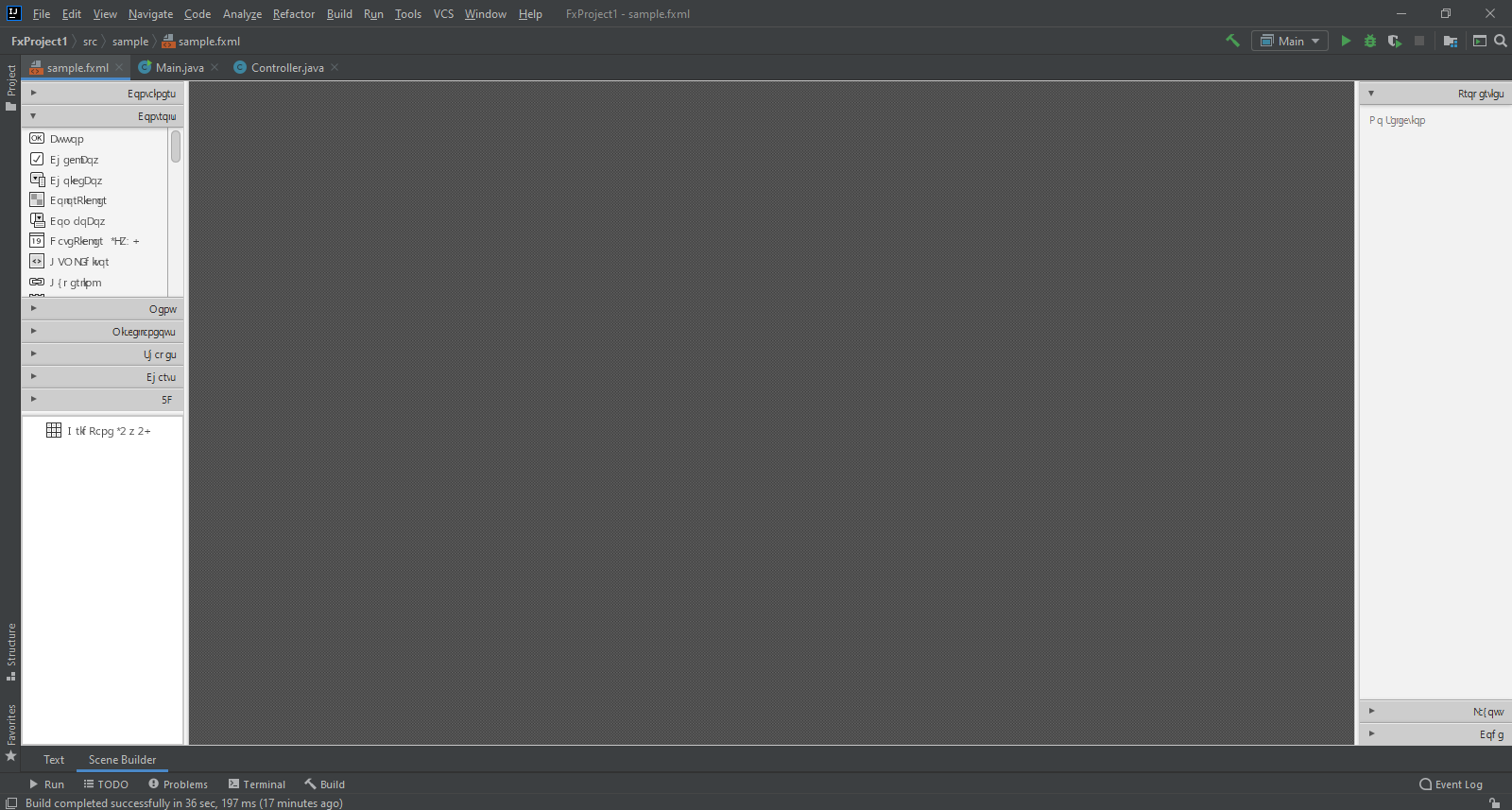 and here's the GUI: 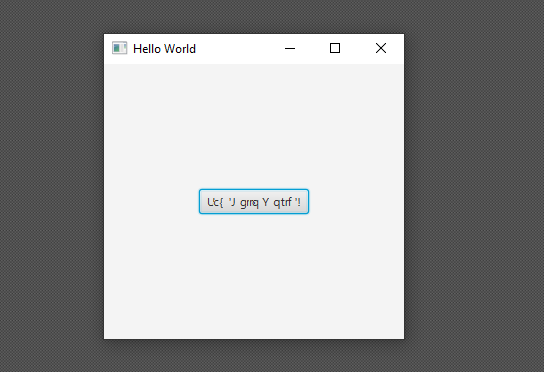 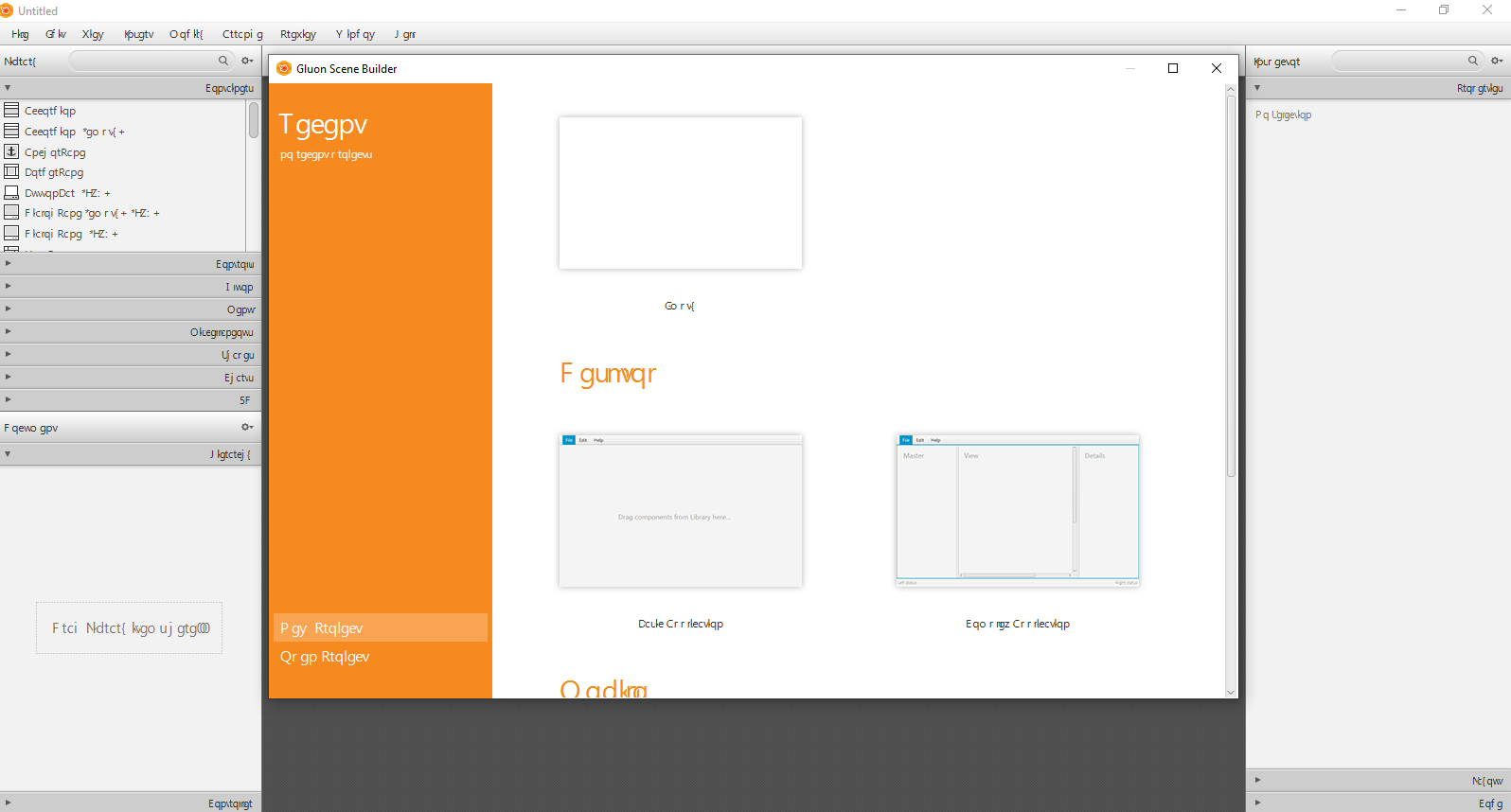 The only place the text looks good is in the console.

I did not yet find out the solution, but I found an interesting pattern: On your Gluon Scene Builder screenshot, there is written Pgy Rtqlgev, where it should be New Project, and Qrgp Rtqlgev where it should be Open Project. Note that every letter is substituted by the after next letter in the alphabet!

The same applies to Say 'Hello World'!, which is "translated" to Lc{ 'Jgrrq Yqtrf'!. Note that the letter y is replaced by a {, which comes two positions after y in the ASCII table. Interestingly, the characters ' and ! stay the same..

The space each letter takes is still the space of the correct letter, as you can see in the following graphic with the correct text on the green background:

Update: Is it possible that the font "Segoe UI" is missing or flawed on your system? Can you use that font for example in Word?

Update: I found two other questions of users facing the same problem. In both cases the problem seems to be related to the Segoe UI font:

I have also encountered this problem and after reading many forums I think I have a possible explanation and solution. The problem seems to be related to Mac users and Segoe UI;

I am guessing that because the font is used in Microsoft products, Macs are unable to render the font, even downloaded versions have not worked.

The simplest fix, which has worked for me so far, is to include style="-fx-font-family: serif" in the root node or add it in the controller or add

to your CSS. This works for any font in your system.

Installing Segoe UI was a huge red herring for me. Instead, I changed the version of javafx defined in build.gradle to 17.0.1 and upgraded JavaFX to 16

Not the answer you're looking for? Browse other questions tagged java intellij-idea javafx fxml scenebuilder or ask your own question.

2374
What is reflection and why is it useful?
3249
What is a serialVersionUID and why should I use it?
1725
Why use getters and setters/accessors?
1103
Download a file with Android, and showing the progress in a ProgressDialog
95
Where has the JavaFX scene builder gone?
1
SceneBuilder Kit crippled by Gluon charm hidden dependency?
0
Failure @ Application Start Method (JavaFX 11, JDK 14 & Intellij)