Deployment completed, but with errors: During an aborted deployment, some instances may have deployed the new application version

So this is my first experience with AWS. I have a nodejs/typescript setup with source from github. It goes through 2 stages of the codepipeline 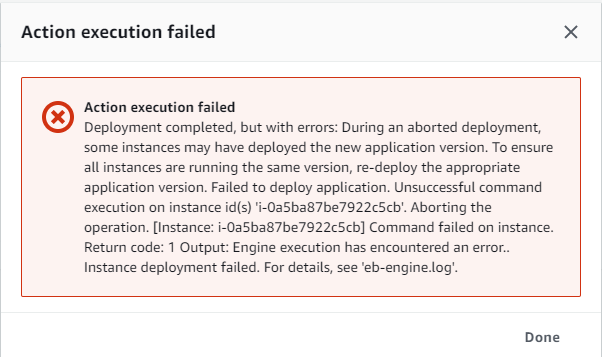 I really don't know what else to do here. Thanks in advance guys