Angular select visible element based on some value [closed]

This question was caused by a typo or a problem that can no longer be reproduced. While similar questions may be on-topic here, this one was resolved in a way less likely to help future readers.

I get a list of items from a service as an (observable) array. The elements in the have a type: string; field, which I intend to use as an indicator for selecting different components to display. When I don't have a widget for a type yet, I want to display the type as a string.

When I forgot something, let me know, and I will add it.

What I got so far

The widget class with the field:

What I would expect 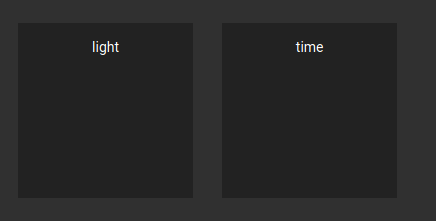 The Solution Provided by @Poul Kruijt in this answer did it for me. I was using the wrong directive and did not use quotes in the value. A simplified stackbliz version can be found here

First, it's called ngSwitchCase. Second, You should put quotes around your *ngSwitchCase assignment, otherwise it will look for a component variable named light:

710
How can I select an element in a component template?
496
How can I get new selection in "select" in Angular 2?
528
Binding select element to object in Angular
793
How to detect when an @Input() value changes in Angular?
1
Angular 6: mat-toolbar and mat-toolbar-row in footer (shared) component is not displaying properly (but without any error)?
2
Angular mat-select value 2 way Data binding using object
0
Displaying hidden Div element at specific index using Angular Material table
5
how to make a custom tooltip component for ag-grid using material tooltip
0
Angular 9 - ngSwitch not linked