I previously had many C++ .exe programs (developed with C++ Builder XE7) running as scheduled tasks in a Windows 2008 R2 Datacenter server. These tasks were being run by the SYSTEM account and I never had any issues with them before.

I recently imported these tasks to a new Windows 2019 Datacenter server and set these tasks up in the Task Scheduler. The same SYSTEM account is being used to run the tasks, but with the updated Windows Server, these tasks now give me a run result of 0xC0000142.

Most of the resources I found online say to increase the desktop heap size in the registry editor - I have done this multiple times and restarted the server after each increase, but I was still getting the same results with this method so I reset the desktop heap size back to the original value.

Also, there were no errors being shown in Windows Task Scheduler history or in the Event Viewer.

Any extra tips/guidance would be much appreciated!

EDIT: Here is a snippet of the filtered Process Monitor logs leading up to the exit code and task failure. 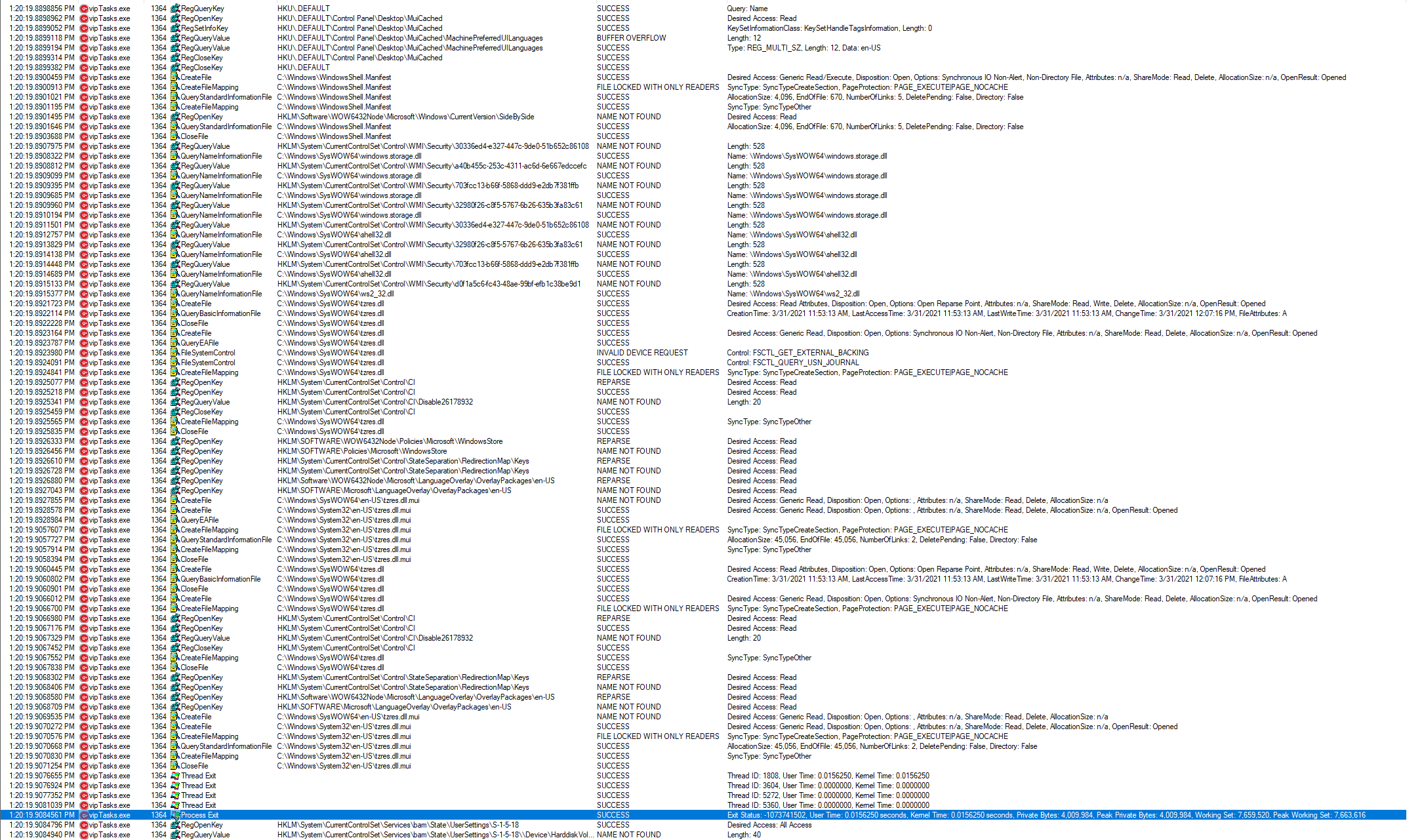 Browse other questions tagged c++builder windows-task-scheduler windows-server-2019 or ask your own question.