I currently have a set up in AWS with something like the following: 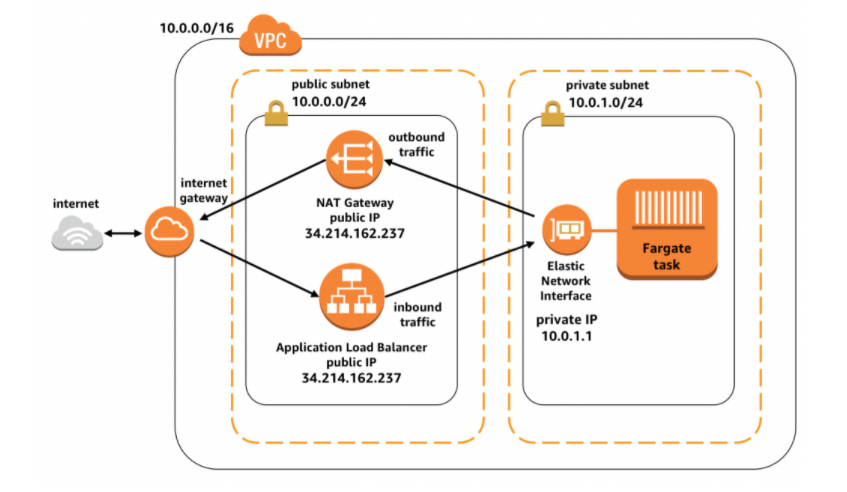 I am using AWS ECR to store my docker image and in my task definition, as container image, I am using the provided URI of the repository. Everything is in the same region and they are working just fine.

However I want to strengthen the security on AWS by whitelisting specific ports only. From security groups point of view, I have updated them as needed and everything is still working as expected. However for Network ACL, I am having some issues with the Fargate task. In ACL section in the public subnet, for inbound rules, I want to allow access to only HTTPS and HTTP from the internet (0.0.0.0/0). Doing so is resulting into this issue with my fargate task: ResourceInitializationError: unable to pull secrets or registry auth: pull command failed: : signal: killed. It is to be noted that the outbound rules for both subnets (private and public) allows traffic to anywhere (0.0.0.0/0).

I understand that the Fargate task needs to connect to the internet to pull the docker image in ECR and the NAT helps do that. docker pull or docker push uses HTTPS and the private subnet has allowed all traffic from all source and the same for outbound.

Please advice on how to amend the Network ACL to whitelist specific ports only.

P.S: The last resort would be to use AWS PrivateLink to access the ECR repository, but I don't want to do that yet.

Your are only allowing ports 80 and 443 in your NACLs. This is not enough, as you need to also allow ephemeral ports.