I am trying to write several bytes of data onto the STM32F410CBT3 Flash Memory Sector 4 (size of 64KB), and I chose this sector and assume it is safe to use as the code is approximately 30KB (which would probably reside in sectors 1 and 2). The microcontroller's clock speed is clocked at 100MHz (through PLL).

Here is my Flash Write code:

About the code above, the global struct's members' are either 8-bit or 16-bit. I stopped the LPTIM1 interrupts before going into the FLASH Write sequence because I thought that the LPTIM1 interrupts could cause issues if it occurs exactly when the microcontroller is overwritting its Flash memory.

I have been having HardFault errors on this code even though a really similar code (with the difference being the data written) works on a different STM32F410CBT3 microcontroller. I also matched the Linker Settings on MDK-ARM IROM1: Start 0x8000000, Size 0x1C000, previously it was at IROM1: Start 0x8000000, Size 0x20000. The common pattern that I am observing is, based on MDK-ARM's Memory Viewer, the Flash gets erased where ?? appears on all the memory block. Afterwards, it goes to 0xFF again indicating that none of the blocks/sections were written. At this point, the code is already in its HardFault Handler. If the code supposedly works, the sectors would turn from ?? to whatever value was written to the Flash memory.

Regarding the HardFault Error, it sometimes shows as a Memory Manage Fault, where the IACCVIOL (Instruction access violation flag) was raised, and SCB->MMFAR not containing any address. On most times, it shows up as a Bus Fault, where SCB->BFAR = 0xFFFFFFFF with the BFARVALID flag high, and PRECISERR flag was also raised. I looked through the STM32F410 Memory Map and the address 0xFFFFFFFF points to a 512-Mbyte block 7 Cortex-M4's internal peripherals. On rare occasions, it shows as a Usage Fault, where the UNDEFINSTR bit is high. Sometimes, the Flash Write sequence does work, but only if breakpoints were used.

Question What am I missing here? Any help would be greatly appreciated. I also don't know how to debug this issue deeper and any tips on debugging this problem would be appreciated too. This is the Keil uVision's page on Fault Reporting Guide, which I used as a reference for identifying the HardFault Errors. Thank you!

I initially chose VOLTAGE_RANGE_4 because I misunderstood the voltage range when reading this page found in the Reference Manual: 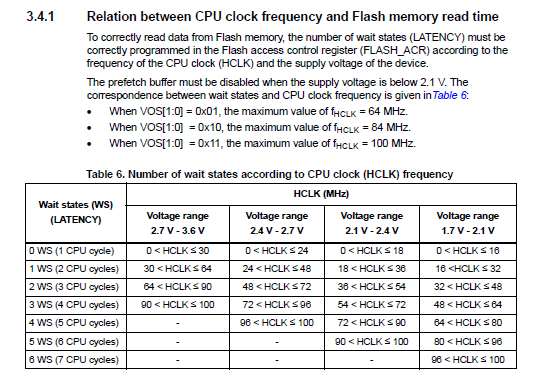 While this section below actually tells me which voltage range I should be using since the voltage range referred in the HAL libraries corresponds to FLASH_CR->PSIZE bits:

It is still a mystery to me as to why different HardFault errors can be raised at each tries, and why erasing the Flash Memory needs to be done in a certain way (64-bit erase/32-bit erase/16-bit erase/8-bit erase) depending on the supply voltage. It is also weird how it can work sometimes, but not work most of the time with the wrong configuration.