I've been wanting to incorporate systray functionality into my Flutter app so I went to modify the native C++ code that initiates the window etc to see if I could hook into it. Despite not having much prior experience in C++ I have been able to create an icon for my app in the systray with a menu that allows the window to be shown again when hidden (using ShowWindow(hwnd, SW_HIDE);) and to quit entirely.

However when an option in my systray menu is selected to show the window again using ShowWindow(hwnd, SW_NORMAL); after being hidden, the app stays blank like this: 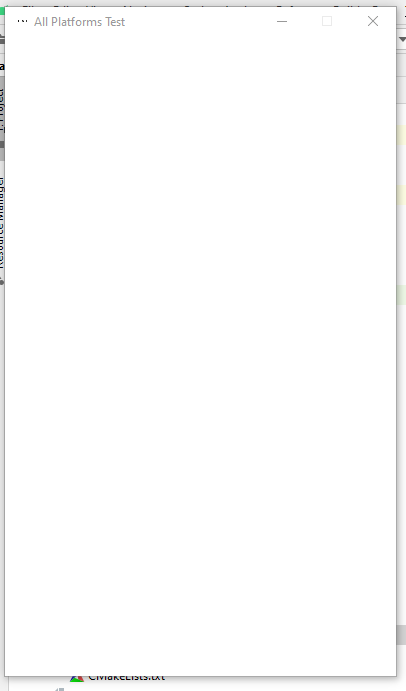 Then, when the window is finally interacted with, the contents of the window show again: 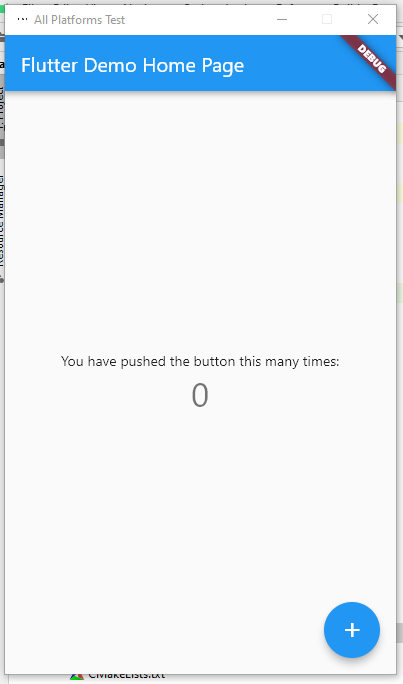 Here is the code that I have added so far to my win32_window.cpp (from a default Flutter application). I haven't included the entire functions because I thought it would make things less clear, but I will also attach the full win32_window.cpp at the end of this post. Win32Window::CreateAndShow():

What's going on here? I thought using UpdateWindow() would help but then I realise the app is painted upon ShowWindow() anyway. My guess is that this has something to do with Flutter's run loop being blocked but I can't figure out where to go next, especially considering I usually don't dabble in C++ but just wanted to add an extra feature to my app when running on Windows.

Any help would be greatly appreciated, thanks.

Ok so I've worked out why it wasn't working. When closing the window, I couldn't just use SW_HIDE, but SW_MINIMIZE too. Otherwise attempting to redraw the window wouldn't work correctly:

After that, when showing the window it got drawn but wasn't the active window, but adding SetForegroundWindow() fixed that:

Thanks for everyone's help :)

2
Disabling redraw in WinForms app
0
Not receiving WM_QUERYENDSESSION when minimized to system tray
0
global pointers to objects will break program by access violation when accessing object attributes/methods through them
3
How to close a MessageBox window by its handle with C++
10
winapi BN_CLICKED how to identify which button was clicked?
1
Windows freezes after trying to render triangle in directx11
5
After sending a WM_CHANGEUISTATE to the window app, the mnemonics are not shown on the system menu, when the menu is accessed with the mouse