How to hold a reference to the items matched by `querySelectorAll`, in a variable, that allows you to access its methods?

Some of you may have noticed that something has broken in relation to the querySelectorAll method of MSHTML.HTMLDocument from MSHTML.Dll (via a Microsoft HTML Document Library reference). This, I believe, has happened in the last month. It may not affect all users and I will update this Q&A as I get more info on which versions etc are affected. Please feel free to comment below with your set-up and whether working or not for both late-bound and early-bound (as per code in answer)

Traditionally, at least in my experience, it has been the norm to hold a reference to the DispStaticNodeList, which is what querySelectorAll returns, in a generic late-bound Object type:

where html is an instance of MSHTML.HTMLDocument.

As you can see from the Locals window, you get the expected nodeList shown:

You could then access the list of the document's elements, that match the specified group of selectors, with .item(index), and get the number of items matched with .Length. E.g.

Attempts to access the methods, via late bound Object, and its underlying interfaces, lead to either an Object required, when using the .item() method call, or Null when querying the .Length(). E.g.

This happens when you hold a reference through assigning to a variable.

What you can do:

You can use With and work off html, avoiding the Object class

So, I think the problem is very much about the Object data type and its underlying interfaces. And possibly, something about this has broken in relation to MSHTML, and most likely, the now no longer supported, Internet Explorer, which sits in the background: 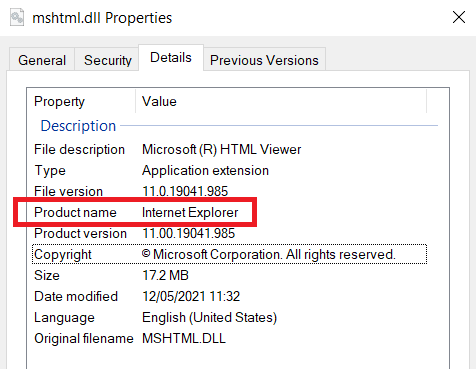 However, this is not desirable, as you parse, and re-parse, the same HTML, during the loop, losing much of the efficiency that its gained by choosing css selectors over traditional methods e.g. getElementsByClassName. Those traditional methods remain intact.

Why do some of us care?

Modern browsers (and even IE8 onwards) support faster node matching through use of css selectors. It seems reasonable to assume that this carried over into the DOM parsers with MSHTML.HTMLDocument. So, you have faster matching, combined with more expressive and concise syntax (none of those long chained method calls e.g. getElementsByClassName("abc")(0).getElementsByTagName("def")(0).....), the ability to return more desired nodes, without repeated calls (in the prior example you will only get def as children of the first element with class abc, rather than all children, with tag def, of all elements with class abc, which you would get with querySelectorAll(".abc def"). And, you lose the flexibility to specify much more complex and specific patterns for node matching e.g. querySelectorAll(".abc > def + #ghi). For those interested, you can read more about those selectors on MSDN.

So, how does one avoid re-parsing, and hold the reference to the returned list of matched nodes? I have found nothing on the internet, despite quite a bit of searching, that documents this recent change in behaviour. It is also a very recent change and that likely only affects a small user base.

I hope the above satisfies the need to demonstrate research into the problem.

Do not despair VBA web-scrapers (I know there are a few!) We can still have the luxury of css selectors and the benefits, though admittedly somewhat limited in VBA, that they bring.

MSHTML, gratias IE, offers a number of scripting object interfaces . One of which is the IHTMLDOMChildrenCollection interface, which inherits from IDispatch, and which:

This includes the .Length property and access to items via .item(index).

This is supported on clients Windows XP +, and servers from Windows 2000 Server onwards.

N.B. There is still the underlying problem of the collection enumeration method; it causes Excel to crash if you attempt a For Each e.g.

4
What are the currently supported CSS selectors available to VBA?
4
Will IE removal from Windows impact XMLHTTP60?
5
Excel crashes when attempting to inspect DispStaticNodeList
3
Access all li elements between two specific heading elements
0
Unable to embed images right next to their concerning asins in a worksheet
1
Got results in one pc but encountered `Run-time error 438` in another pc even when I used the same script

0
Accessing JavaScript Objects from vb.net
0
VBA: not able to pull value within <input> tag using getelementsbyTagname().Value
4
Which object does WPF WebBrowser.Document property actually return?
0
MS Word VBA Find text around a word
4
What are the currently supported CSS selectors available to VBA?
0
VBA Failing to set a condition within a combination generator loop