What is the difference between feature detection and descriptor extraction?

Does anyone know the difference between feature detection and descriptor extraction in OpenCV 2.3?

I understand that the latter is required for matching using DescriptorMatcher. If that's the case, what is FeatureDetection used for?

Practical example: You can find a corner with the harris corner method, but you can describe it with any method you want (Histograms, HOG, Local Orientation in the 8th adjacency for instance)

You can see here some more information in this Wikipedia article.

The following picture from the PCL documentation shows such a Registration pipeline: 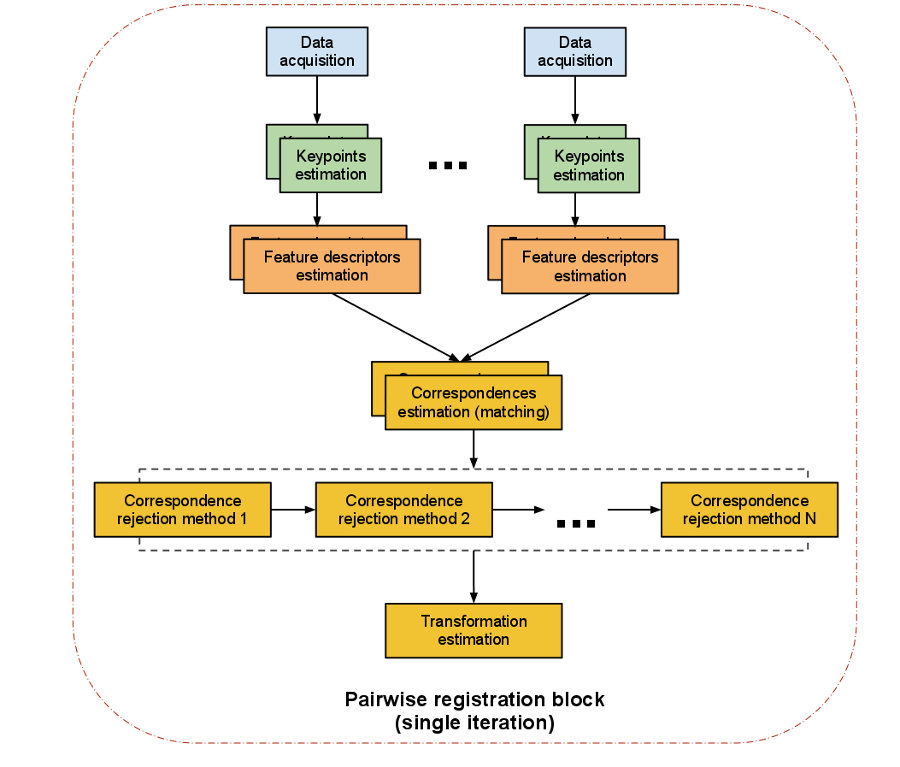 Such salient points in an image are so useful because the sum of them characterises the image and helps making different parts of it distinguishable.

Not the answer you're looking for? Browse other questions tagged image-processing opencv computer-vision feature-detection feature-extraction or ask your own question.

42
What is a feature descriptor in image processing (algorithm or description)?
62
Classification of detectors, extractors and matchers
1
Affine invariant feature detection in OpenCV

955
Peak detection in a 2D array
413
Simple Digit Recognition OCR in OpenCV-Python
1781
Image Processing: Algorithm Improvement for 'Coca-Cola Can' Recognition
62
Classification of detectors, extractors and matchers
0
Open CV feature detection in GPU
4
Difference between Low-Level and High-Level Feature Detection/ Extraction
42
What is a feature descriptor in image processing (algorithm or description)?
0
OpenCV: what is the difference between feature2d and imgproc feature detection algorithms?
2
Feature Detection Algorithms and Feature Descriptor Algorithms