I've just created a new website via azure's web app. I've done this several times before and never had a problem but now for some reason the site's DNS won't resolve!? Not even the custom domain but azure's own subdomain won't even resolve and the IP address 404's leading me to think this is an azure problem and nothing to do with my google DNS configuration for my custom domain I'm trying to setup. (golftipsters.com)

I even tried deleting and recreating the web app and app service. Got a new IP address but still the same problem. I deployed the site via continuous integration from bitbucket but even before that there should be some kind of placeholder? 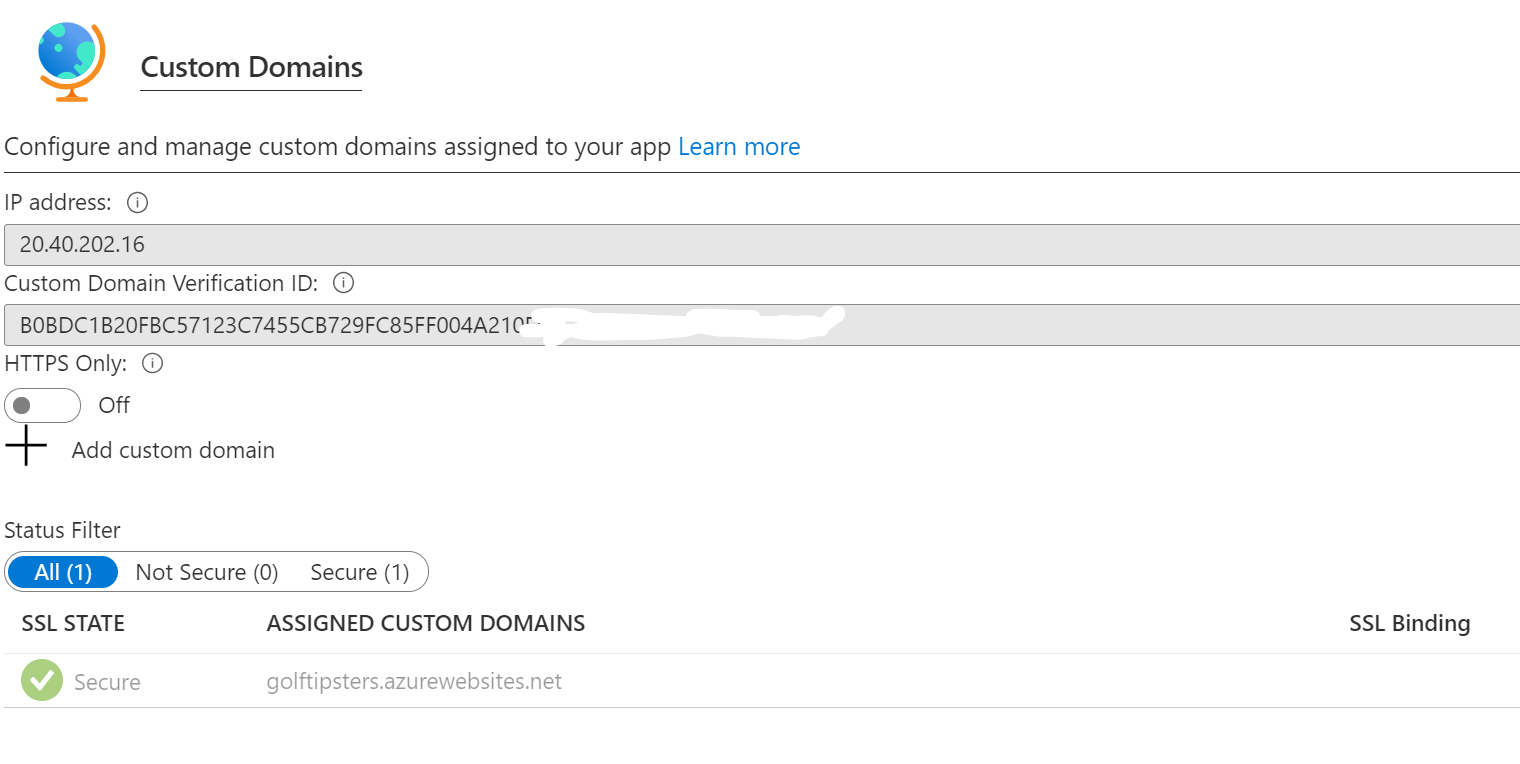 It says my deployment is successful and active

Update: After some trial an error creating new web apps. I've discovered that it's when I deploy my code via CI from bitbucket that this issue occurs. How could my code deployment cause the DNS to fail? Is it even the DNS then??

So it turns out the problem was in the codebase I was trying to deploy. I had this code in the global.asax.cs that was trying to force www. and this was causing the DNS error.

Not the answer you're looking for? Browse other questions tagged dns azure-web-app-service azure-webapps or ask your own question.

240
How to use Google App Engine with my own naked domain (not subdomain)?
98
How do I set up DNS for an apex domain (no www) pointing to a Heroku app?
1
Can my Azure web apps access the internal DNS of my Virtual Network?
1
Azure Web App Service - How to force non WWW to go to WWW?
0
DNS Management in Azure
10
Azure App Service internal DNS resolution
2
Azure Web App custom domain and domain resolution
2
Failed to set up deployment to Azure Web App [AADSTS700027: Client assertion contains an invalid signature]
0
Delegate Subdomain to Azure via CNAME
5
Adding Azure Web App Service Custom Domain during Devops Deployment