What does RtlInitializeExceptionChain do, and how can I reduce its execution overhead?

I am trying to find bottlenecks in my program (currently in the "low-hanging fruit" stage), and using a profiler I get something like the following: 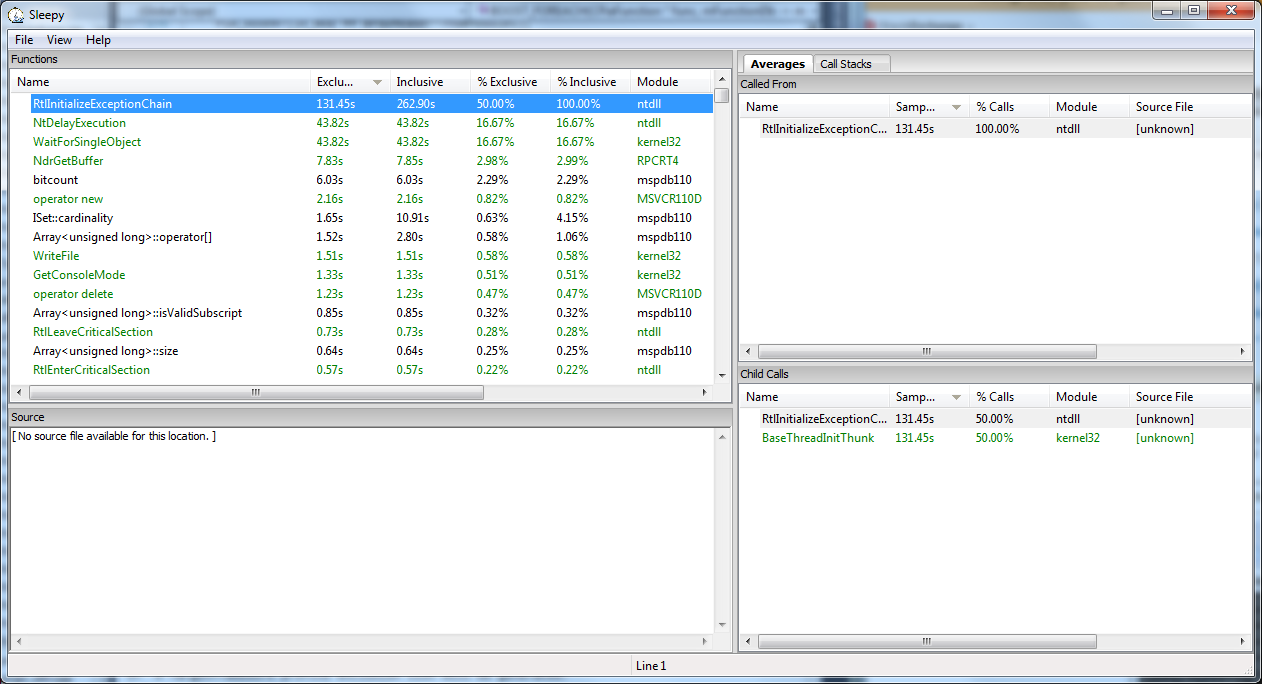 Some other information about my project: it is a COM API using ATL, and the program being profiled is a "testing" C++ program which consumes this API.

RtlInitializeExceptionChain is an internal function in the Run-Time Library, a collection of kernel-mode support functions used by kernel-mode drivers and the OS itself. It's kind of the kernel-mode version of the C run-time library.

Otherwise, there's almost certainly nothing you can do about it.

I found this page googling the same problem, and thought I should add my solution.

I was finding an application suffering severe slowdown which I traced to this function using a profiler.

Turned out I had left a VS conditional breakpoint on which was getting tested constantly but not triggering. Removing the breakpoint fixed the issue.

As far as I know RtlInitializeExceptionChain gets called once for each thread that gets created, as part of its initialization. The function sets up SEH for the thread.

Since it appears to be costly time-wise (not sure why, since it doesn't appear to be doing much), confirm whether you have many threads in your application, and potentially see if you can decrease the number of threads while still doing what it needs to do.

Either way, this is a function that's internal to the operating system, and it's out of a developer's direct control except for the fact that it will be involved in the initialization of threads the developer has started.

This can happen in the Very Sleepy profiler if choose "Profile All" [Threads] instead of "Profile Selected" [Threads]. There can easily be threads that are doing mostly waiting, and this gets mixed into the profiling results. I've been thrown by this a few times as well.

Not the answer you're looking for? Browse other questions tagged c++ optimization com or ask your own question.

2651
What is the difference between #include <filename> and #include “filename”?
2808
How do you set, clear, and toggle a single bit?
3523
What are the differences between a pointer variable and a reference variable in C++?
1977
What is a smart pointer and when should I use one?
3219
What does the explicit keyword mean?
1978
How can I profile C++ code running on Linux?
1442
How can you profile a Python script?
2161
What is the copy-and-swap idiom?
2276
What are the basic rules and idioms for operator overloading?
2036
C++11 introduced a standardized memory model. What does it mean? And how is it going to affect C++ programming?