Ask Question
Asked 3 months ago
Active 2 months ago
Viewed 267 times
-5
Closed. This question needs details or clarity. It is not currently accepting answers.

I have tried different ways and got different errors, first try: 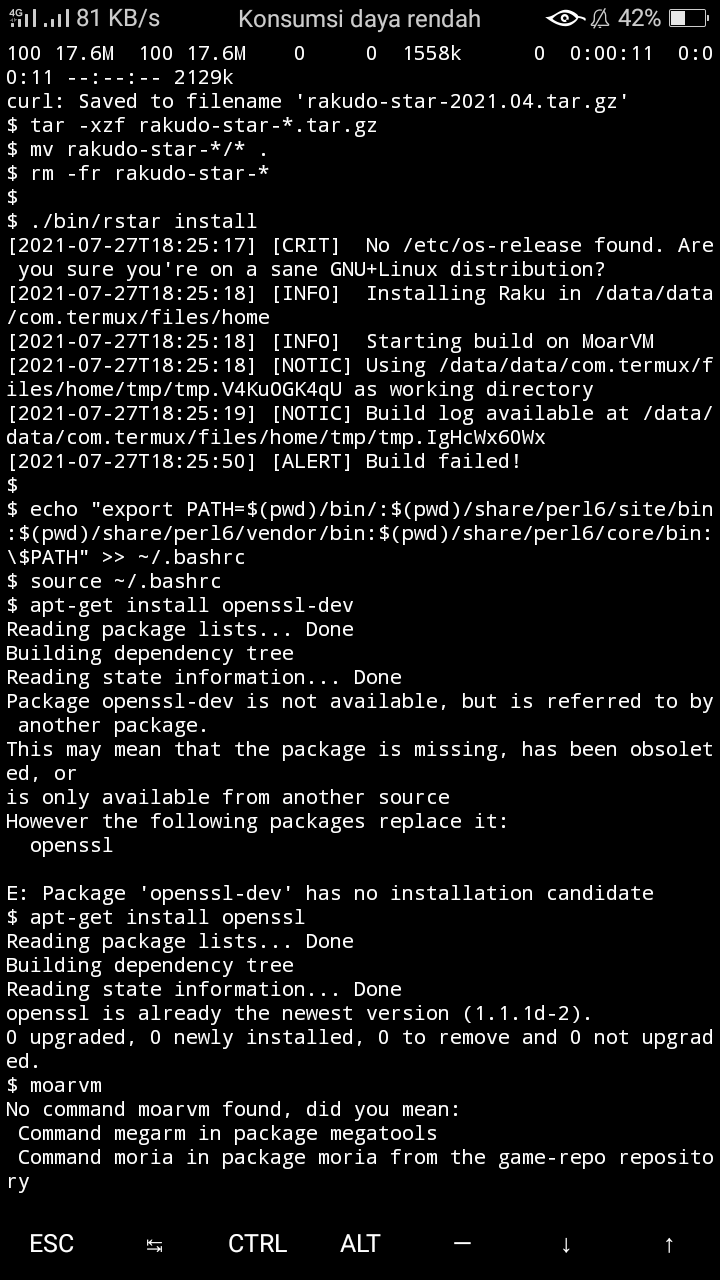 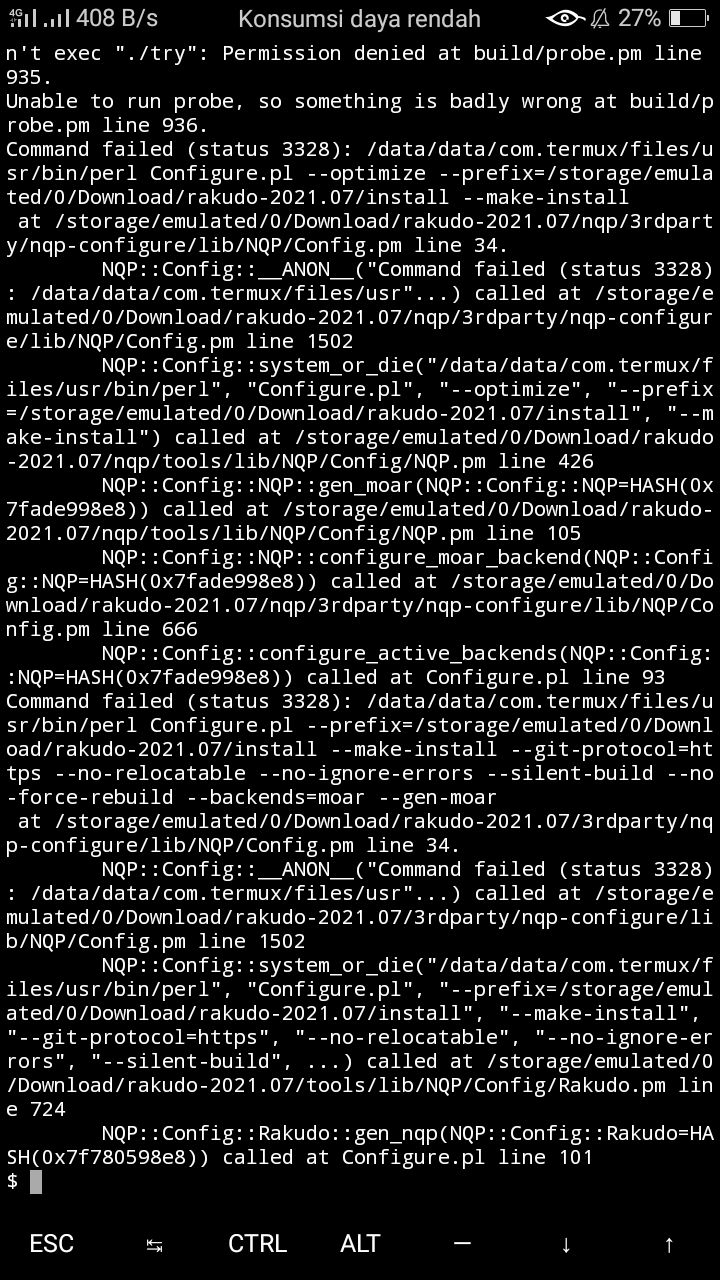 I don't know Termux but thought the following was better than no answer. Perhaps you already know the following, in which case this is just for later readers; if you actually know more, please edit your question and add what else you know.

The closest target for standard Rakudo packages is GNU+Linux, but Termux's own doc emphasizes its differences from Linux. The bottom line is you're going to have to manually patch/compile/build to install on Termux.

Perhaps you and/or others can use the existing packages and/or more recent ones and/or build on their success.

I don't know Termux so don't know where one would look for a more recent package beyond google.

A google for termux raku OR perl6 OR "perl 6" yields some matches.

That's how I discovered some open Raku issues related to Termux, and many comments by its-pointless in one of them, culminating in 2018 with this comment, and another comment leading to info for installing a 2019 moarvm on termux/aarch64 and then a 2019 Rakudo atop that (which depends on moarvm).

How hard are you willing to try?

I personally don't have any of the distro related skills needed to be able to help you to get Rakudo built. But it seems several folk managed to get a working Rakudo with the help of its-pointless. So perhaps you will be able to do so too.

If you have patience, like the folk in the issue I linked, there might be other Rakoons capable and willing to try to help you get Rakudo building on your system.

While Termux is a Linux, it's not a GNU+Linux. From "Differences from Linux", with my added emphasis:

Termux does not follow Filesystem Hierarchy Standard unlike majority of Linux distributions. You cannot find directories like /bin, /etc, /usr, /tmp and others at the usual locations. Thus, all programs must be patched and recompiled to meet requirements of the Termux environment otherwise they will not be able to find their configuration files or other data.

I presume the packages its-pointless built include the requisite patching, at least as of 2019.

[CRIT] No /etc/os-release found. Are you sure you're on a sane GNU+Linux distribution?

A google for "/etc/os-release" reveals:

I think a takeaway from your first try is that the build systems of the "official" Rakudo packages presume that a Linux is a GNU+Linux. Termux isn't. So that approach isn't going to work.

Somehow you got past the problem reported in the first try. What did you do?

At a guess your second try is using the same packages. So it's not going to work.

Again, I think the root problem is that you're trying to install a package that presumes a GNU+Linux, which won't work because Termux isn't a GNU+Linux.

Not the answer you're looking for? Browse other questions tagged raku termux rakudo rakudo-star or ask your own question.

5
Why do I get 'divide by zero` errors when I try to run my script with Rakudo?
3
Writing perl6 Programs using Rakudo Star: Can't install on OS X
0
How to lock Termux package environment version
0
Install python3.6 on Termux android terminal emulator
1
pip install matplotlib does not work under termux (Android)