I'm having problems deploying a middleware in the routes of my application, basically, its structure is as shown in the following screenshots. 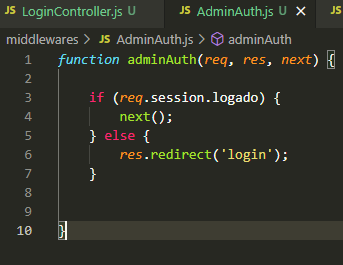 The error returned when starting the application is: Error: Route.get() requires a callback function but got a [object Object]

Not the answer you're looking for? Browse other questions tagged node.js express middleware or ask your own question.