I am starting with Windows Azure. I have an Azure account with Microsoft and would like to use it from my Visual Studio project

Are these related or am I missing something? If so, how can I get my account name and account key from the Azure management portal?

You then get two keys - primary and secondary. Specify either. You have two so you can give one out to someone (such as giving the secondary key to a 3rd-party monitoring company) and revoke it by changing the key, without impacting you (assuming you're using the primary key for yourself).

The user interface changed a little bit but it's generally the same place: 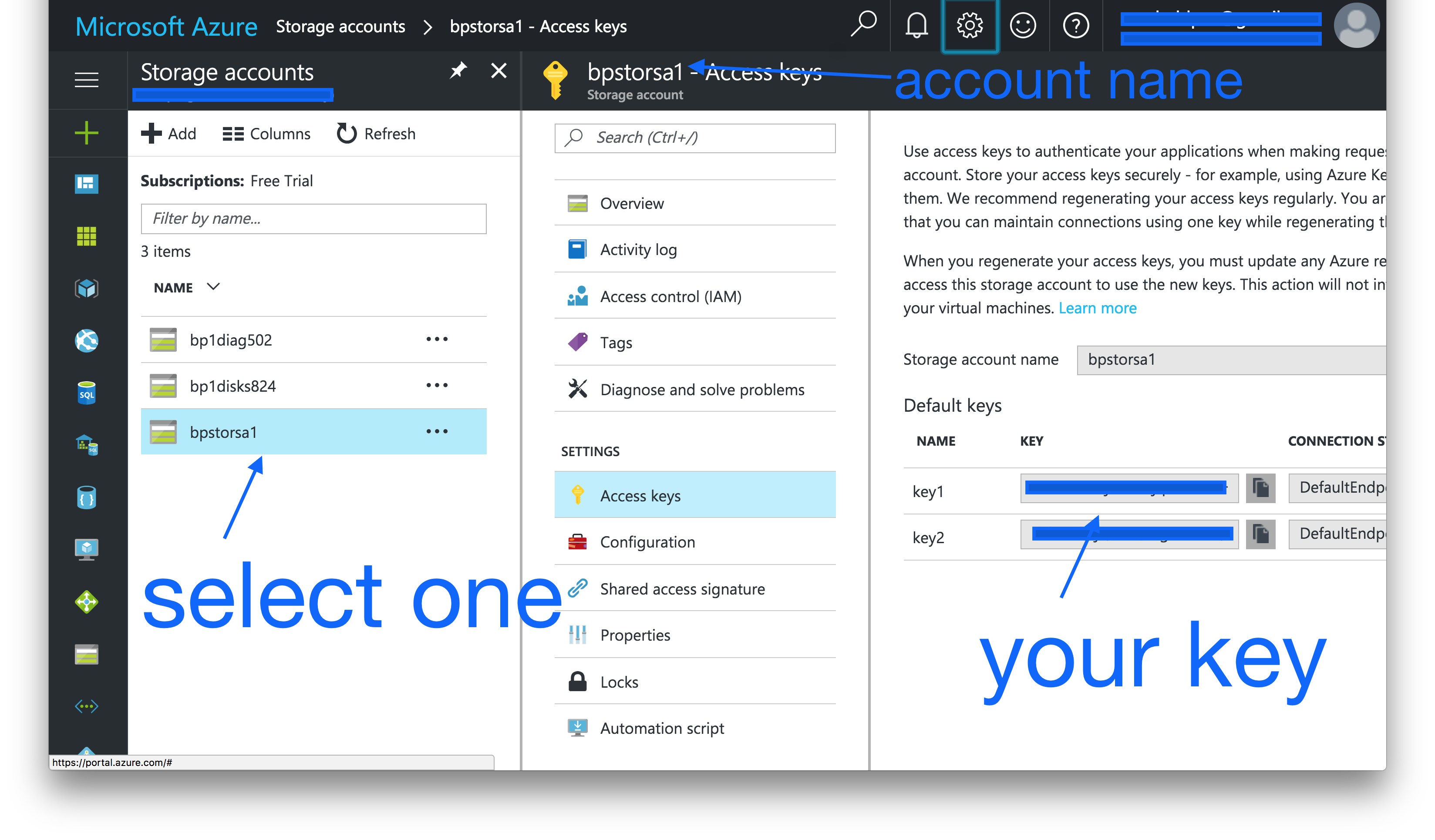 Note that on the right side of the key you have a Connection String. There you can clearly see the name and the key as well.

Adding a new answer as Azure UI is updated.

So, after selecting the storage account(in my case its inAFlash) select Access keys option you will get the following screen shown in the screenshot

Here you see two key's Primary and secondary. So, previously these were key1 and key2.

Reason for two keys? it's to avoid downtime. let's say, if you had only one key and used it multiple places. Suddenly you had to share it to someone for some reason. So, you might need to regenerated this key(As you have already shared it) and update it in all places where you used it previously. So, to avoid this, we have secondary key, which you can share and regenerate it so that, primary key will be still valid.

You can check it by using Azure CLI:

To extract the first key, you can use the following command:

Not the answer you're looking for? Browse other questions tagged azure azure-storage or ask your own question.