Admob : Ad serving is limited - The number of ads you can show has been limited. For details, go to the Policy center

I'm new to admob. I published my first android app (written in expo react-native). I followed the instructions https://docs.expo.dev/versions/latest/sdk/admob/ on including admob ads in my app. But after sometime of including the ad Ids for Banner Ad, Interstitial Ad and Reward Ad I get this message "Ad serving is limited The number of ads you can show has been limited. For details, go to the Policy center" in my admob account.

It says "Invalid traffic concerns". I followed the below links but it didn't help me resolve it

Resolutions I followed but none of these helped

None of these helped me. Please let me know how to proceed on this.

By the way, this is my app - https://play.google.com/store/apps/details?id=com.starcoding.matchmeifucan_cow_bull

So I installed your app but I cannot see any ads because the ads limitation, so here some general advice about AdMob Ads to avoid limiting your ad serving:

In my case when the click rate reached 5%, the ad service limit started. There is no way to prevent users to click on ads. Also, there is no way to know when this will be resumed to get ad impressions. Normally the limit alert will be gone in a week, but it will appear again if you try to use AdMob again in the Mediation setting. Maybe you need to wait a long time, one month or 2 months, no one knows.

I actually put a limit on the ads to be shown and then waited for more than a month (the most important step where you should not open your app many times if there are not many downloads yet).

The rule is simple. Let's say there are only 4 people who downloaded the game and they always open the game to see the ad, then the number of ads shown will be more but the app itself has fewer downloads. In this case, Google will put the limit as it thinks the people are using the app just to increase ad count and make money.

So what should you do?

Follow these steps and hopefully, you will see the ads soon. 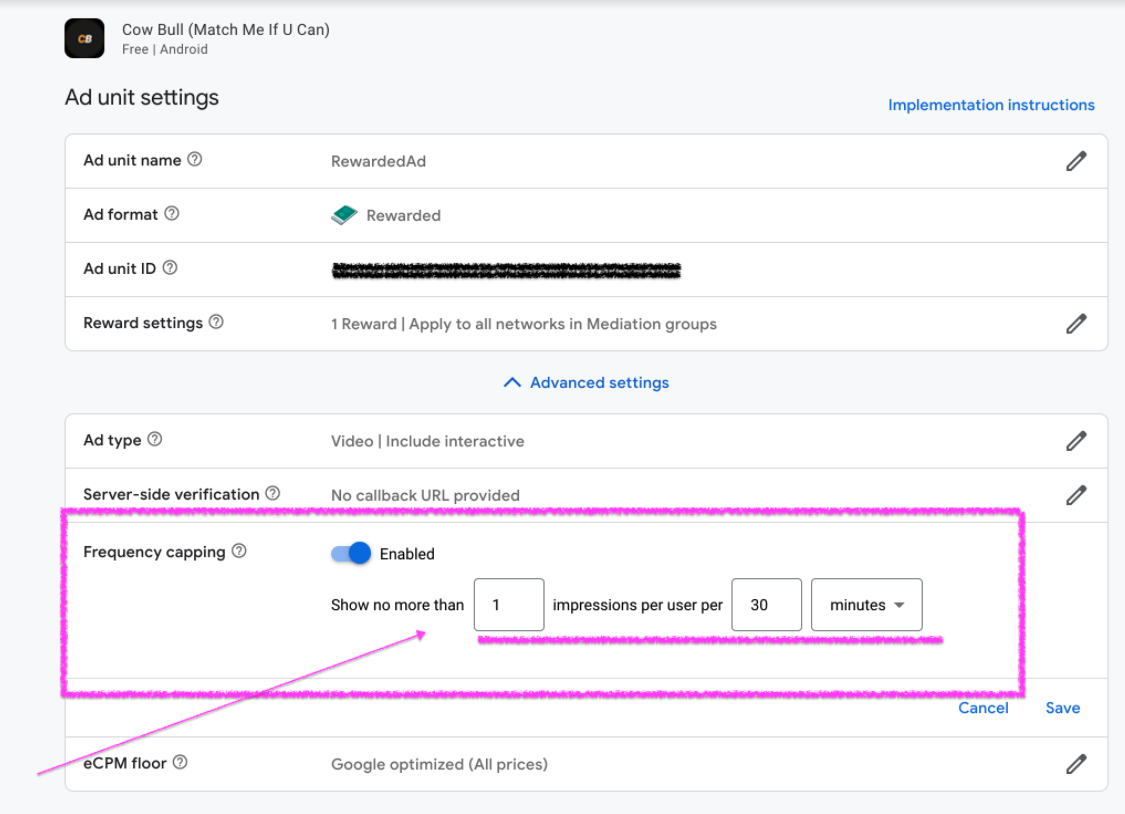 The above steps are what I did (except campaign) for my ads to show up again after a month.

Based on my experience

What ever you do Google Admob has strange policy for app developers for showing ads in their apps.

1504
How can you get the build/version number of your Android application?
1
Admob Reward Video GADRewardBasedVideoAdDelegate Undefined symbols
2
Is my CTR with Google Admob too high?
0
Admob real ads are not showing but test ads are showing
1
AdMob Interstitial stopped working
0
Cannot show test ads on android application (Admob)