New Rails 7 app created in 2021 or 2022, when I click on a form with data-turbo-confirm, the alert message does not show.

The HTML produced is 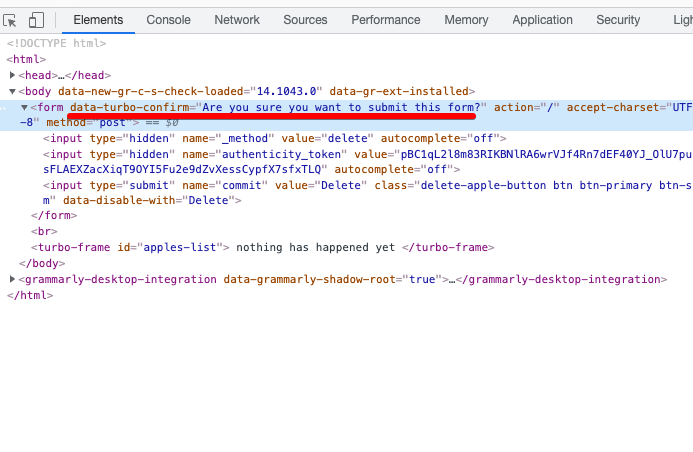 Actual result: • No alert is shown

This happens if you had locally installed gem versions 7.1.0 or 7.1.1 for turbo-rails

These gem numbers were pushed by accident to Rubygems in October, then yanked. However, since bundler will default to the highest number of your Rails gem when it sets up your new rails app, it will pick turbo-rails version 7.1.0 or 7.1.1 , which will display this flaw

The gems were yanked, so this only affects you if you were developing rails apps between October 2021 and the yank date.

Bundler will prompt you for which version to uninstall:

You will need to repeat this step if you have both gem versions installed.

Then, bundler will not make new apps with that version.

However, if you generated an app already it will be locked to the wrong version. to fix, specify version explicitly in Gemfile 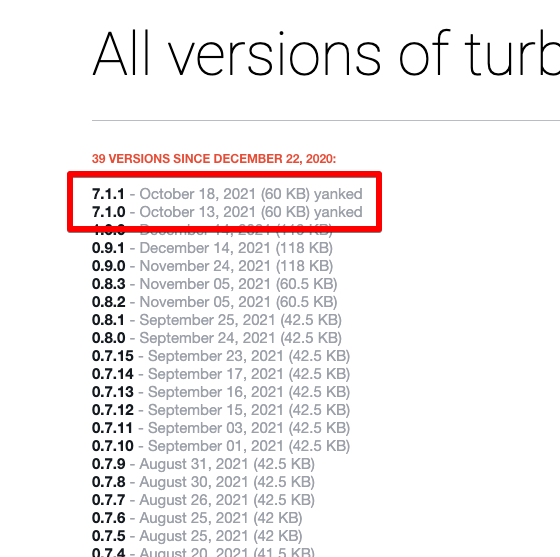 you can use js to do this.

the code is work for me.

Not the answer you're looking for? Browse other questions tagged ruby-on-rails ruby-on-rails-7 turbo-rails or ask your own question.