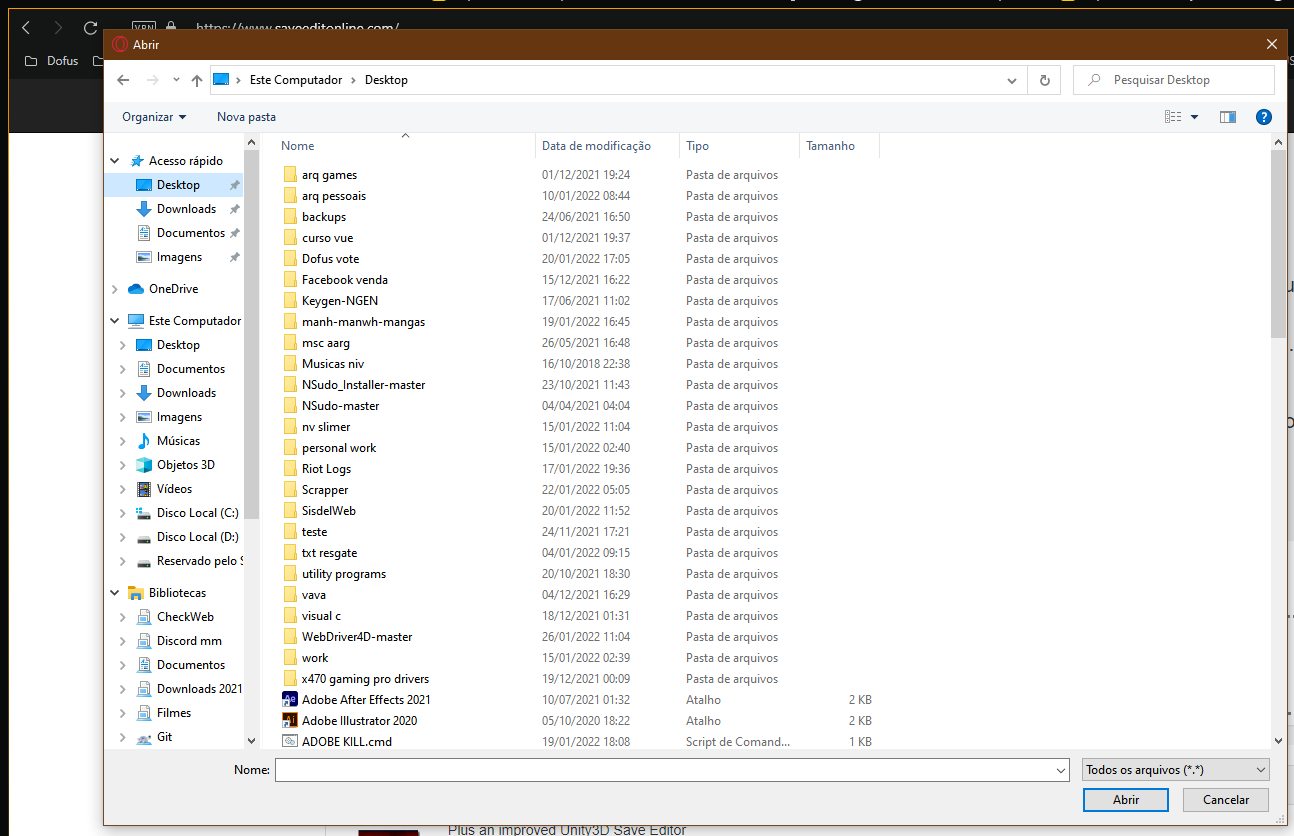 I want to know if there's a way to insert, for example, a FilePath in a DialogBox opened by Windows itself, but inserted from a Delphi variable to the Windows Dialog? Something like, click on an Upload button in any website that does open the File Explorer Dialog, and in Delphi send the value of the Path to the File Explorer of Website.

PS : I already have the code to get his HWND handle.

I don't know if this is possible, or is there's a way to do it.

Edit : A Select File from the site, what I want is simply to input the FilePath of this site by an app variable in Delphi.

If you know that dialog window's handle already then there are at least 2 variants:

Both may work out great, but are at the same time fragile, since the dialog window's structure (as per its controls and IDs) can change even by Service Packs already, let alone entire Windows versions. My experience here is from Win2000 up to Win7 and on those systems it worked.

What you posted as screenshot is the "Vista" version of the dialog; the older "Win95" version is identical in terms of accessing the "filename" ComboBox.

The old one is typical for having the buttons ("open" and "cancel") in one row. Older software might still use these, but your web browser most likely not: 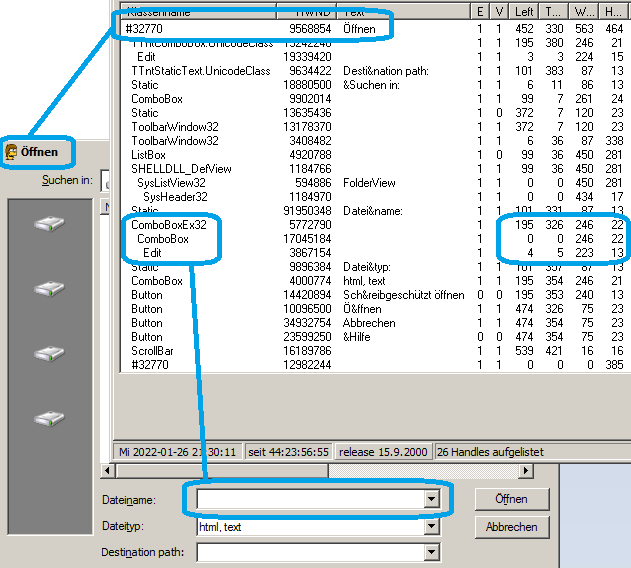 The one since Vista has its buttons in one line and is notable of featuring a full folder pane: 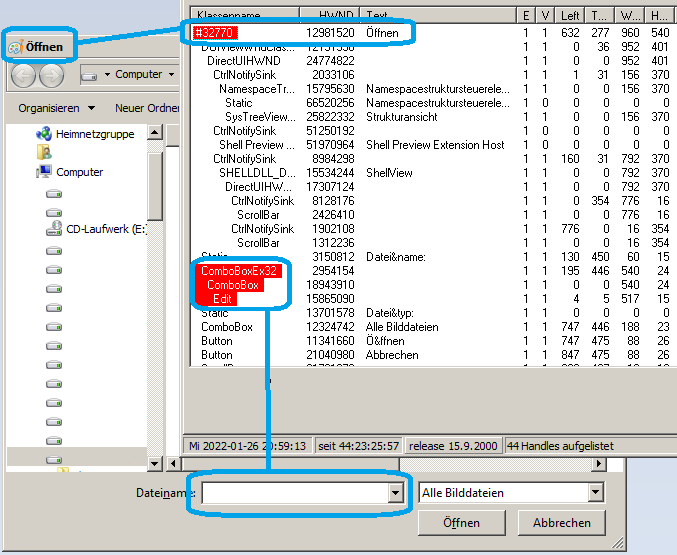 But both pictures show that the control layout is the same: a ComboBoxEx32 is a direct child of the window, having its own child(s). So we can use the same code for both versions.

One of both variants should do already. Successfully tested on Win7x64

the text in the filename's ComboBox was set as expected.

Not the answer you're looking for? Browse other questions tagged delphi winapi dialog pascal or ask your own question.

258
How do you configure an OpenFileDialog to select folders?
790
How to prevent a dialog from closing when a button is clicked
1
win32 DialogBox app: how to show text from callback on the DialogBox?
0
delphi prevent access files from TwebBrowser
15
Delphi Pascal - how to write data to file larger than 2 GB?
820
How to create a dialog with “Ok” and “Cancel” options
7
How to change path of an existing Windows Explorer window?
13
Is there a way to get a VCL Control's name through the windows API?