I make this code for learning:-

why there is an extra "Enter: bool, false" line? edit: this will happen in Powershell, cmd and bash in windows but not in wsl.

Edit: this was the same issue but it is a different question. and the solution there as I mentioned is outdated, It was updated after I mentioned it in my answer but I have to confirm and check that.

I assume you're using some IDE.

sometimes they mess up the console output, try to run directly from native terminal instead. Or use vscode. 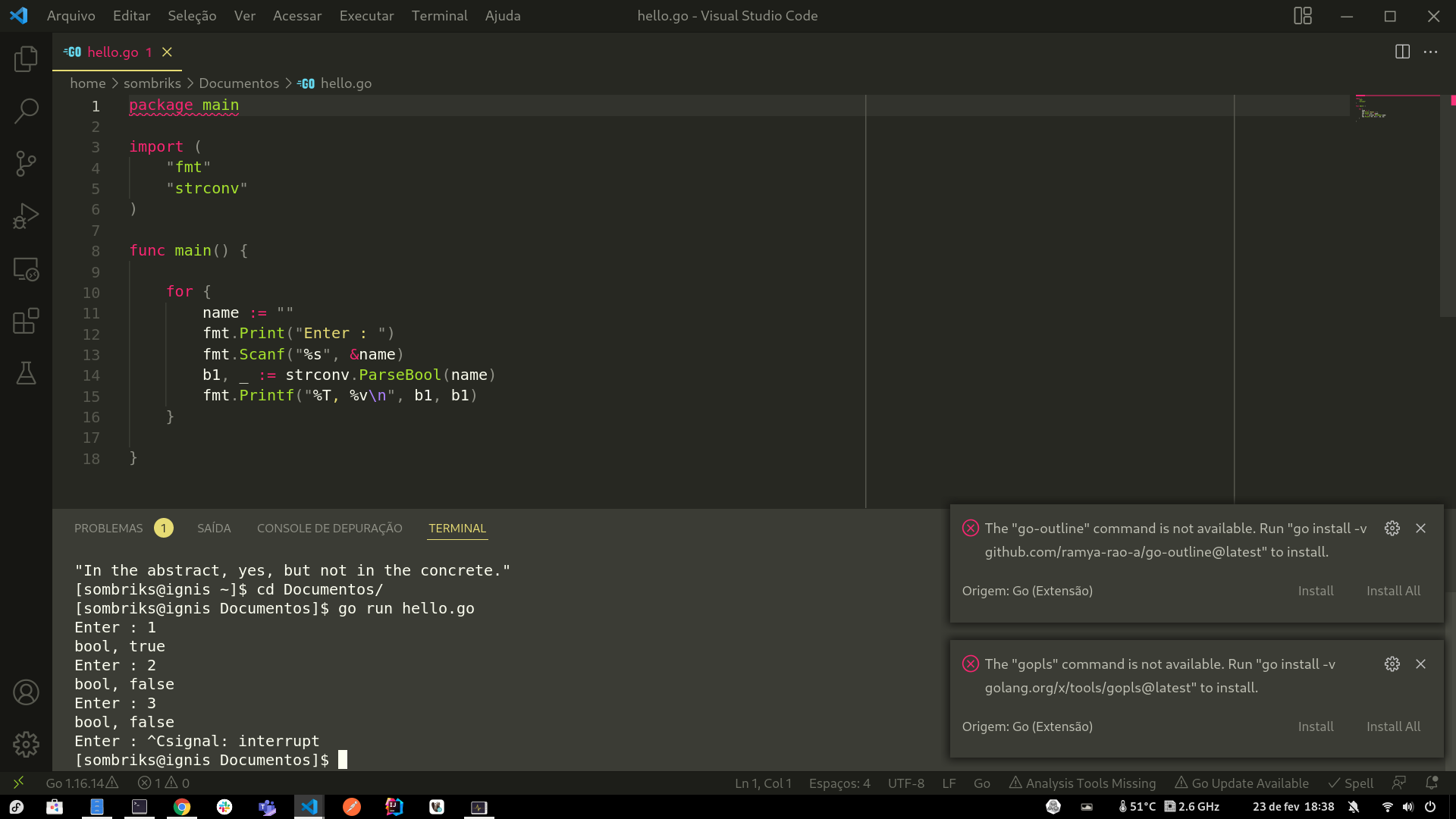 Edit: as @Daniel Farrell mentioned this issue fixed many years ago., but I'm getting this issue in Windows-terminal with (Powershell, cmd, and bash) and the same issue with cmder terminal. this will not happen with wsl and with MobaXterm terminal, I did not make further checking with other terminals.

I have to mention that there is an old "deprecated" workaround by adding the new line in the "%s\n" format strings. As in this answer

so the code below will work in all terminals:

i had retype your code and i got the same as Sombriks, you must have pressed enter key by mistake.

here is a screenshot

11
Why doesn't fmt.Scanf in Go wait for user input?

317
Why would I make() or new()?
336
How to get the directory of the currently running file?
4
Go String after variable declaration
316
How can I pretty-print JSON using Go?
524
What is the idiomatic Go equivalent of C's ternary operator?
361
How can I read from standard input in the console?
245
How do you print in a Go test using the "testing" package?
650
How to print struct variables in console?
494
When is the init() function run?
510
Function declaration syntax: things in parenthesis before function name